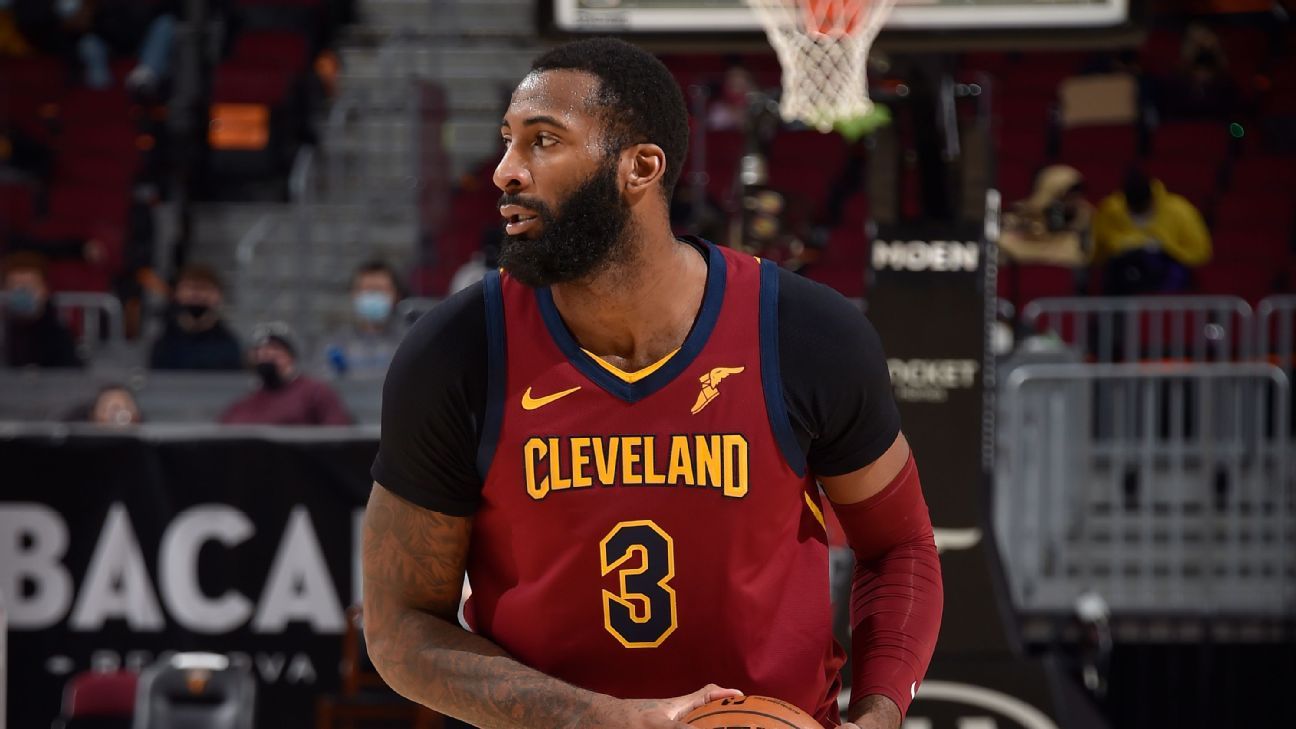 The Cleveland Cavaliers are no longer planning to play Andre Drummond as they work to trade the two-time All-Star center before the NBA’s March 25 deadline, sources told ESPN.

The Cavaliers are moving to make Jarrett Allen the franchise’s long-term starting center and believe it’s unfair to Drummond to limit his minutes as the organization transitions to Allen, sources said.

Cavaliers general manager Koby Altman discussed the move with Drummond and his agent, Jeff Schwartz of Excel Sports, and decided together that Drummond would remain with the team but would no longer be active for games, sources said.

Cleveland is starting to gauge the trade market, but there are no serious ongoing discussions with any team, sources told ESPN.

Drummond didn’t dress for the Cavaliers’ loss to the LA Clippers on Sunday night, and that’ll continue Monday against the Golden State Warriors and into the future. The Cavs said Drummond missed Sunday’s game for rest, and he came to the game wearing a sweatshirt with the word “farewell” on the front.

When reached on Monday morning, Schwartz wouldn’t confirm or deny the decision, but told ESPN: “Whichever direction this goes, Andre is 27, in his prime, and I believe strongly that he has a great deal to add to a team building toward a postseason run.”

Drummond is playing on a $28.7 million expiring contract, which does make matching up salaries in a trade something of a formidable challenge. He has averaged 17.5 points and 13.5 rebounds this season in 25 starts. A number of teams are interested in the 7-footer, sources said.

The Cavaliers would need to take back $23 million in contracts to make a Drummond trade work.

There has been no discussion on a contract buyout that could allow Drummond to become a free agent, sources said.

A multigame experiment playing Drummond and Allen together was unsuccessful, as the Cavs nosedived into a slump that includes their current seven-game losing streak. Kevin Love, who has been out since December with a calf injury, is expected to return this week and further tighten the Cavs’ frontcourt minutes.