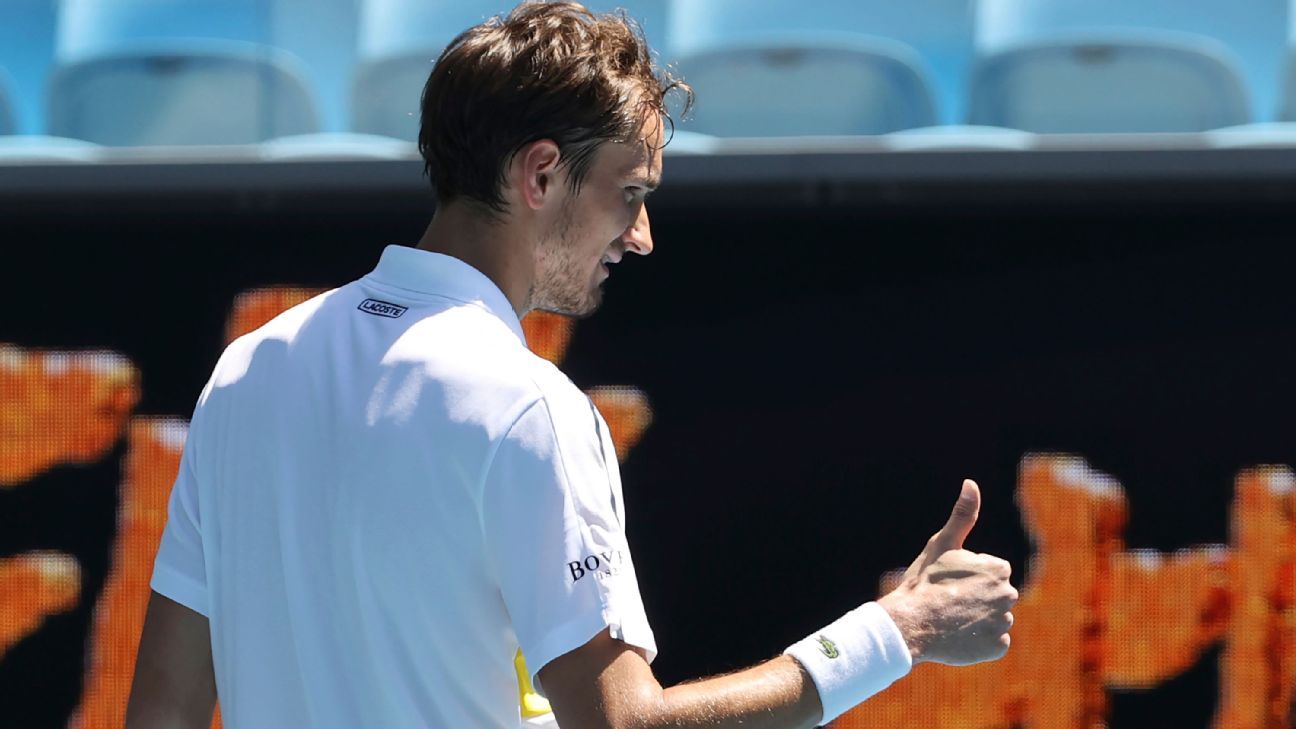 
MELBOURNE, Australia — Daniil Medvedev has added the Australian Open to his list of major quarterfinal appearances and stopped the run of 192nd-ranked American Mackenzie McDonald.

The No. 4-seeded Medvedev needed just 1½ hours to stretch his winning streak to 18 matches with the 6-4, 6-2, 6-3 victory at Margaret Court Arena on Monday.

Medvedev was the 2019 US Open runner-up and reached the semifinals there last year.

He had lost in the fourth round at Melbourne Park each of the past two years. But he compiled 29 winners to just 15 unforced errors against McDonald, who won NCAA singles and doubles titles for UCLA in 2016 and is working his way back from a torn hamstring tendon less than two years ago.

Next up will be a match against either his Russian countryman Andrey Rublev or Norway’s Casper Ruud.