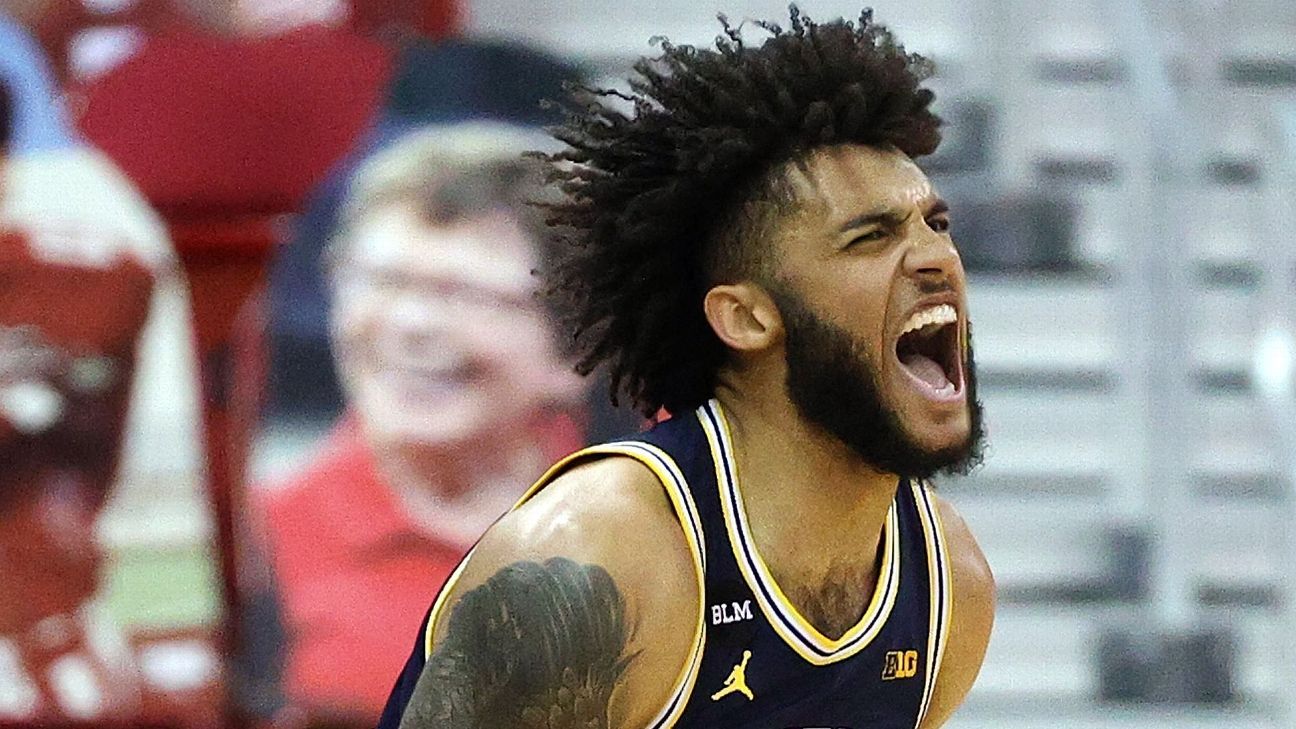 
The voters in The Associated Press men’s college basketball poll are lined up with the committee that will select the NCAA tournament field when it comes to which five teams are the nation’s best.

Agreeing on the order beyond that isn’t as simple.

Top-ranked Gonzaga and No. 2 Baylor remained atop Monday’s latest AP Top 25, where they have been for all 13 polls this season. And after Illinois rose one spot to No. 5, that put the top of the AP poll in sync with the initial rankings of the top 16 seeds released Saturday by the NCAA Division I men’s basketball committee.

Among teams that didn’t lose last week, AP voters were a bit higher on No. 7 Virginia (seeded ninth), No. 9 Oklahoma (12th), No. 11 Iowa (13th) and No. 12 Texas (15th) following wins that came later Saturday. In addition, Alabama rose three spots to No. 8 in the AP poll to pull closer to the committee’s seeding of seventh overall shortly before the Crimson Tide scored 115 points in a win over Georgia.

Coach Mark Few’s Bulldogs received 59 of 64 first-place votes in the new AP Top 25, while Scott Drew’s Bears claimed the other five. Next came three straight Big Ten teams, starting with No. 3 Michigan and No. 4 Ohio State as the other No. 1 seeds in the selection committee’s rankings.

Illinois climbed to the top 5 for the second time this season, the other coming in late November, for the program’s highest ranking since reaching No. 1 during the 2004-05 season. The Illini dipped to No. 22 by January but have won five straight, including against Iowa and No. 21 Wisconsin.

No. 14 Creighton had the week’s biggest climb, jumping five spots after a weekend win over Villanova. The Bluejays have won six of seven since a Jan. 20 loss to Providence.

No. 11 Iowa climbed four spots after a pair of Big Ten wins, first against a ranked Rutgers team at home. Then came Saturday’s 30-point win at Michigan State, the worst home loss in coach Tom Izzo’s tenure with the Spartans.

In all, 11 teams climbed from last week’s poll.

No. 20 Missouri took the biggest tumble, falling 10 spots after losses at Ole Miss and at home to Arkansas in Southeastern Conference play last week. The Tigers had cracked the top 10 last week for the first time since December 2012.

No. 15 Texas Tech fell eight spots after losing at home to No. 13 West Virginia, while No. 10 Villanova fell five spots after its loss to Creighton.

Beyond the top four, No. 18 Virginia Tech, No. 21 Wisconsin and No. 22 Loyola Chicago also remained in their positions from last week.

Kansas’ streak-breaking absence from the AP Top 25 was a short one.

The Jayhawks fell out of last week’s poll for the first time in 12 years. But they immediately beat a ranked Oklahoma State team to start the week, then added two wins over Iowa State to jump back in at No. 23.

Kansas was one of three new additions to this week’s poll, joined by No. 24 Arkansas and No. 25 San Diego State. It marked the Razorbacks’ first appearance since January 2018, while the Aztecs spent two weeks in the poll in December.

The Big 12 led the way with six ranked teams after having a national-best five teams in the NCAA selection committee’s rankings. The Big Ten was next with five ranked teams, while the SEC had four and the Atlantic Coast Conference had three.

What are the biggest questions the NCAA selection committee will answer in Monday’s bracket reveal?