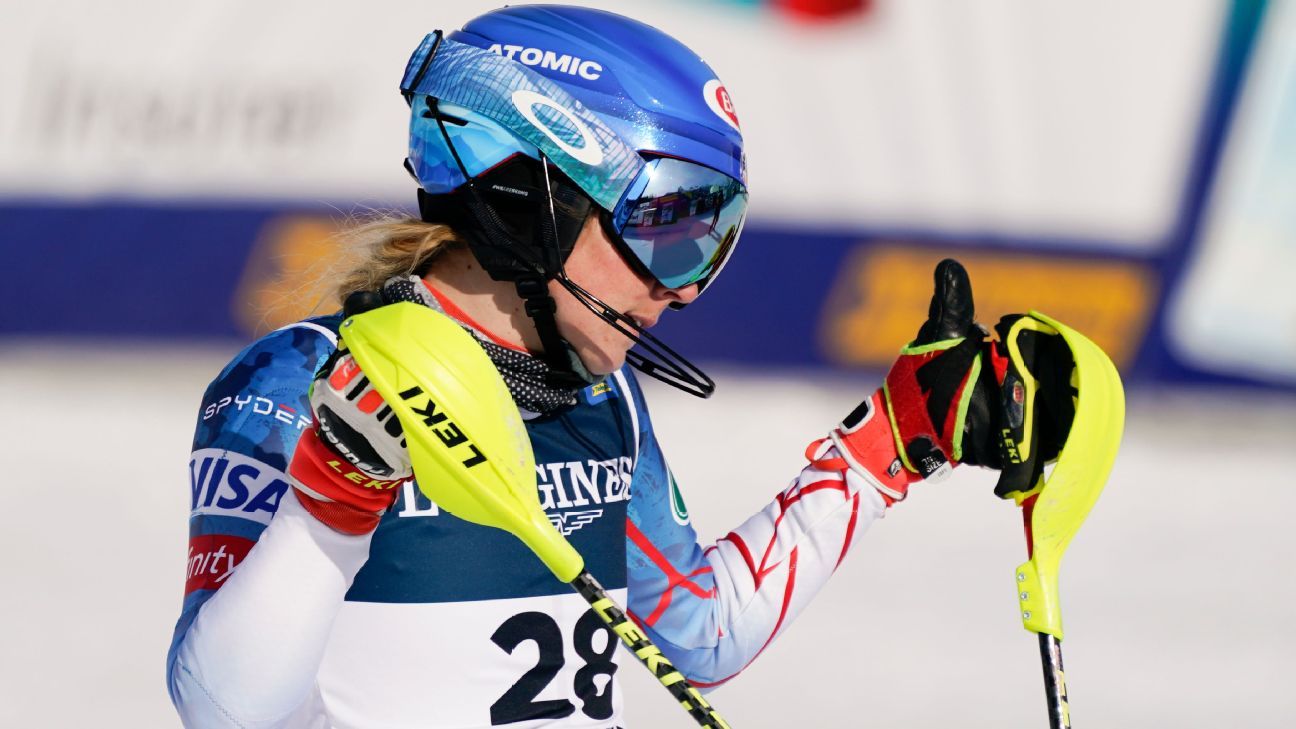 Shiffrin has four golds in slalom and one in super-G from previous worlds.

Shiffrin ranked third after the super-G portion but was fastest in the slalom leg to beat Petra Vlhova of Slovakia by 0.86 seconds. Olympic champion Michelle Gisin of Switzerland finished 0.89 behind for bronze.

First-run leader Federica Brignone straddled the third gate as Italy keeps waiting for its first medal at this year’s worlds after five events. Defending champion Wendy Holdener of Switzerland also skied out early in her run.

Lower-ranked skiers were still coming down the course.