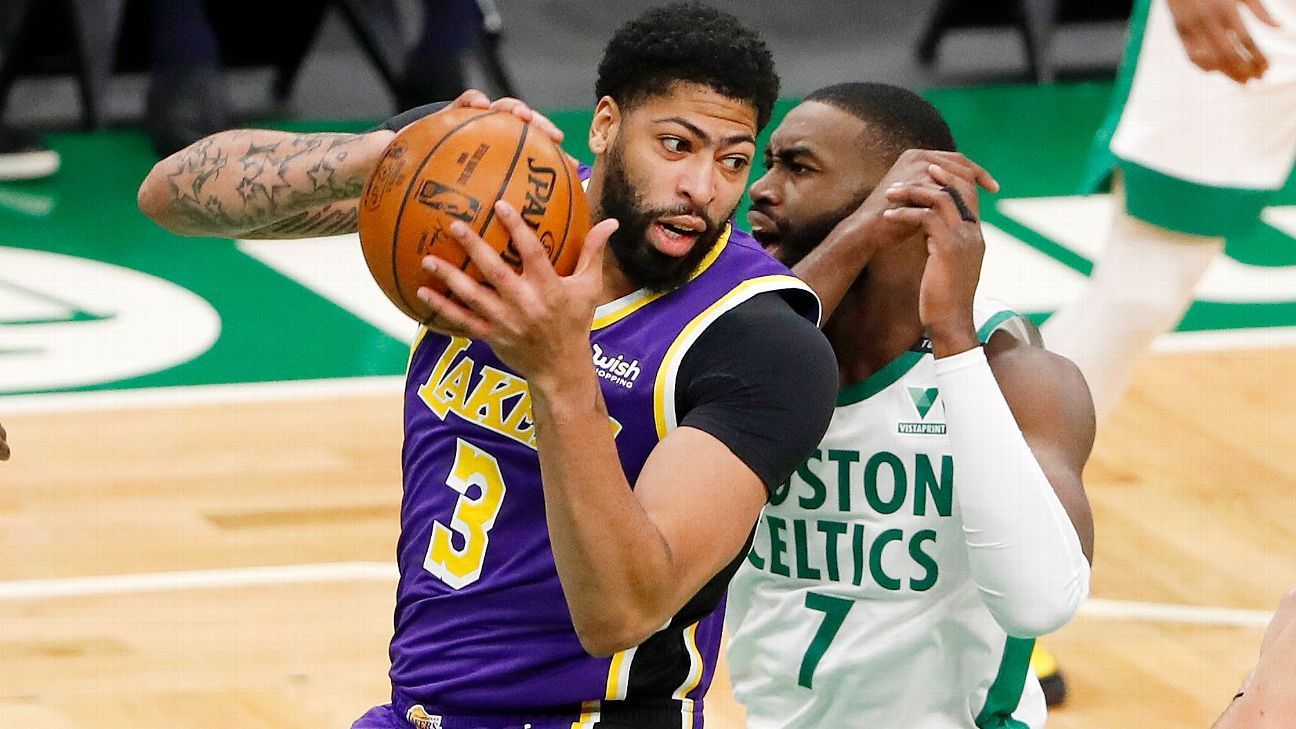 
Los Angeles Lakers star Anthony Davis will be reevaluated in two to three weeks after suffering a calf strain Sunday and is unlikely to return to the lineup prior to the NBA’s March 5-10 All-Star break, sources told ESPN.

Davis missed two games last week with tendonosis in his right Achilles and had to exit Sunday’s loss to the Denver Nuggets shortly before halftime after aggravating the injury.

An MRI on Monday revealed the calf strain and the tendonosis aggravation, a source told ESPN, but did not show a rupture of the right Achilles tendon.

In a statement, the Lakers said Davis will be out Tuesday against the Timberwolves and will be further evaluated by team doctors in Los Angeles.

The Lakers and Davis will be conservative on a timeline for his return to play. Even prior to the MRI, Davis, general manager Rob Pelinka and agent Rich Paul discussed taking their time on Davis’ return to the lineup, sources told ESPN.

Davis suffered the injury late in the second quarter of Sunday’s game, as he drove on Nikola Jokic and bumped legs with the Nuggets center. Jokic’s right knee made contact with Davis’ right quad. When Davis gathered his dribble after the foul was called and planted his foot, he appeared to aggravate his lower right leg.

Davis stayed in the game to take two free throws, making both, then checked out with 2:36 remaining in the second quarter and limped toward the locker room with Lakers assistant athletic trainer Jon Ishop by his side.

The nine-year veteran has been experiencing discomfort in his lower right leg for weeks and underwent an ultrasound last weekend, which confirmed the injury.

Davis sat out two games against the Oklahoma City Thunder last week and returned for Friday’s 115-105 win over the Memphis Grizzlies, scoring 35 points (two short of his season high) on 16-for-27 shooting. He was adamant he did not rush back too soon, even though he acknowledged feeling soreness toward the end of the Memphis game.

Davis scored 15 points in 14 minutes with four rebounds and an assist before exiting Sunday’s game.