What we learned from the NCAA women’s bracket reveal 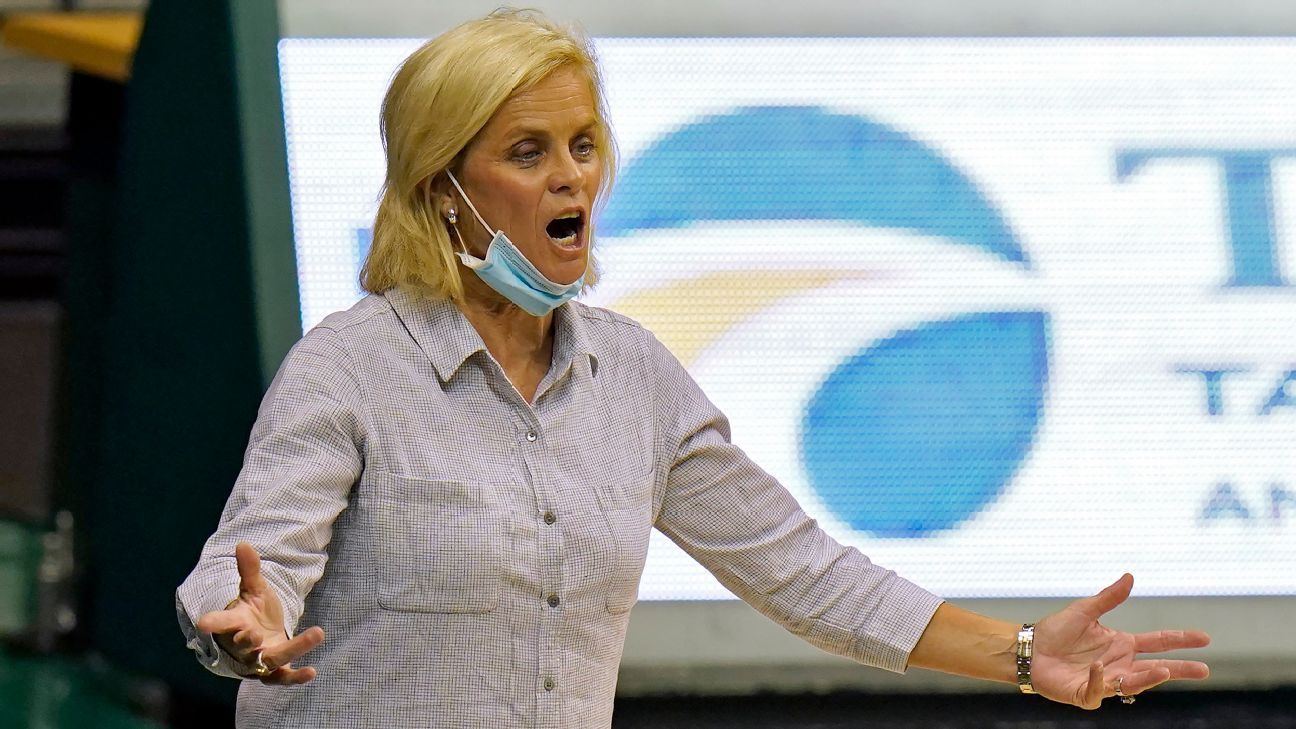 In a 2020-21 women’s college basketball season with so much uncertainty, the NCAA selection committee’s top-16 seeds Monday contained no real shockers or head-scratchers.

But we learned plenty about what the process of choosing and seeding teams for the women’s NCAA tournament might look like a month from now on Selection Monday.

From how the NET rankings were used to why Baylor and NC State were perhaps seeded lower than expected, here are the biggest takeaways from Monday’s list of the top-16 seeds.

The NET rankings were not gospel

The NET (NCAA Evaluation Tool) is the new metrics system the committee is using as the foundation of its selection process. It replaces the RPI and adds elements of offensive and defensive efficiencies to a results-based formula, giving a more complete picture of a team’s ability.

But Monday’s top-16 reveal illustrated the committee isn’t going to be any more beholden in its decision-making to the NET than it was to the RPI.

Texas A&M is the best example. Despite being 19-1 overall and 9-0 against teams ranked in the NET top 50, the Aggies are 13th in the NET. But the committee seeded Texas A&M fifth overall. The committee didn’t let one piece of criteria dictate its evaluation of the Aggies.

It works the other way, too. Indiana ranks ninth in the NET, but only 15 on the committee’s board. The four losses by the Hoosiers appeared to be more of a factor than the NET.

NC State has been projected as a No. 1 seed in women’s Bracketology for all but one week this calendar year. Baylor has been a No. 2 seed during that entire span. In Monday’s reveal, NC State was No. 6 overall (No. 2 seed) and Baylor was No. 10 overall (No. 3 seed).

Neither of those spots are egregious, but they are surprising. Baylor is one of the nation’s best defensive teams, is the Big 12 Conference leader and has been dominant since a loss to Iowa State in mid-January, which came right after a COVID-19 pause. In yet another example of the NET being just part of a team’s story, the Lady Bears are fourth in the NET. The surprising part is that Baylor is a team that could have been in the conversation for a No. 1 seed more than a No. 3.

NC State’s résumé might be the hardest to quantify. Like Baylor, the Wolfpack have lost two games. One, however, was without their best player, Elissa Cunane. They also have wins over two of the committee’s No. 1 seeds — South Carolina and Louisville. That would usually indicate a No. 1 seed would be in the cards for the Wolfpack as well. Instead, the committee had UConn, South Carolina, Stanford, Louisville and Texas A&M ahead of them.

“Baylor’s strength of schedule [rated 96th] and two losses, one outside the NET top 25 (Iowa State), were probably the biggest factors in their placement,” NCAA selection committee chairwoman Nina King said. “NC State’s losses were above the NET top 25 as well.”

Losses — both in quantity and quality — were a big factor in how both teams were placed. The exception — and there are always some since 14 different criteria are considered in the selection process — is Stanford. The Cardinal also have two losses, one of which came outside the NET top 50 (Colorado), but Stanford was still a No. 1 seed. This is an instance where the NET might have helped a team. Stanford is No. 1 in the NET, which weights road games more heavily than home games. The well-traveled Cardinal — displaced for nine weeks due to COVID-19 protocols in Santa Clara County, have played 13 road games this season.

Five SEC teams in the top 16

By any calculation available, the SEC has been the best conference in the country this season, with eight teams in the NET’s top 36. Getting five teams into this top-16 reveal is reflective of the data and what we have witnessed. Interestingly, the Razorbacks, the SEC team with the most notable pair of nonconference wins (Baylor and UConn), were not one of the five. That might be another illustration of how good the conference has been.

The SEC also has eight teams in Monday’s pre-reveal version of Bracketology, and all eight are comfortably in the field. Florida and Ole Miss could add to that total with a big late-season push. But more SEC teams in the 64-team field would likely mean fewer in the top 16. Any run for the Gators and Rebels would come only with wins over the likes of Georgia, Kentucky, Arkansas and Texas A&M.

Michigan, Rutgers and South Florida were ranked in the top 16 of the NET but not on the committee’s list Monday. The Wolverines, Scarlet Knights and Bulls have also had long COVID-19-related pauses in their seasons and haven’t played as many games as most teams.

Rutgers’ three losses removes the Scarlet Knights from top-16 consideration, but Michigan and South Florida should have been in the running. Through Sunday, they were both 11-1 and were included in my latest top 16. In fact, the Wolverines were a No. 3 seed.

But one of the unknowns heading into this reveal was how the committee would look at teams that haven’t played as much. We now have our answer: Playing fewer games was a significant negative to the résumé.

“We looked at Michigan, but ultimately felt that their body of work didn’t warrant a top 16,” King said. “It is difficult to gauge the full capabilities of a team when they haven’t played as much.”

That is a significant clue as to how the committee will evaluate teams for the rest of the field in March. Any kind of significant pause at this point in the season now looks like it will hurt teams on the bubble fighting for a spot in the field or others battling for higher seeds.

It also might be a sign that teams with a large number of postponed games to reschedule — Michigan has nine and Rutgers and South Florida each have eight — might want to try to play as many of those games as possible.