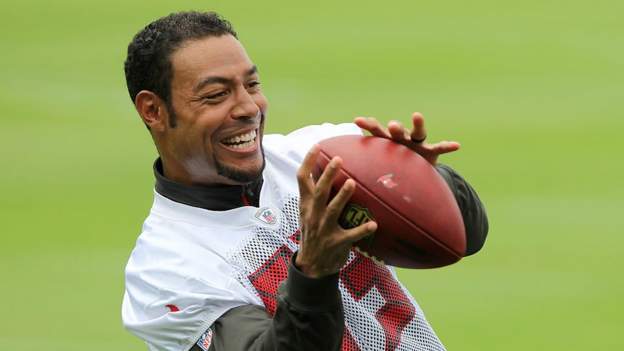 The 38-year-old, who announced his retirement in 2018, was found at a hotel complex in Brandon.

Hillsborough County Sheriff’s Office said it was investigating the death.

“My heart aches for the many loved ones Vincent Jackson leaves behind, from his wife and children to the Buccaneers nation that adored him,” said sheriff Chad Chronister.

“Mr Jackson was a devoted man who put his family and community above everything else.”

Jackson spent seven seasons with the Chargers from 2005, joining the Buccaneers in 2012 and playing for them for five seasons. He scored 57 touchdowns during his career.