For Serena Williams and Naomi Osaka, nothing but respect and a desire to win 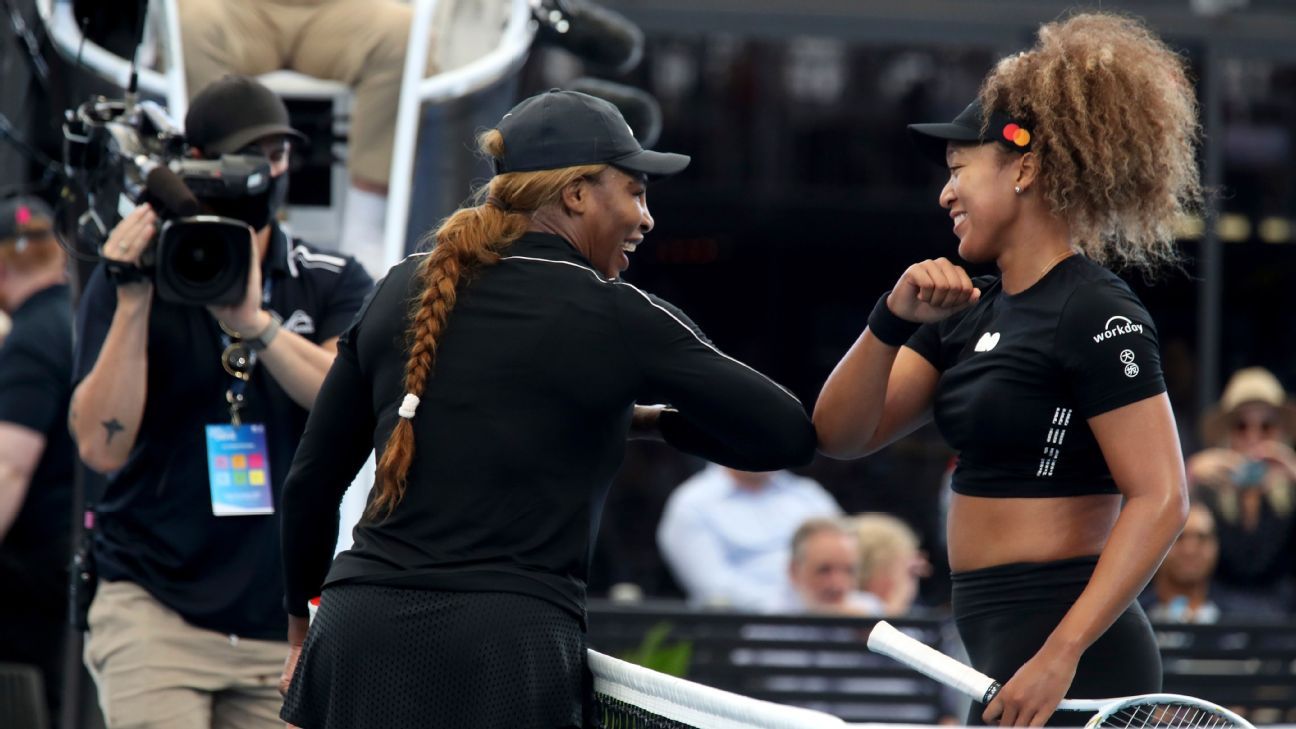 
When Serena Williams and Naomi Osaka met at the 2018 US Open final, Arthur Ashe Stadium descended into chaos.

Williams was given three highly controversial code violations — with the last resulting in a game penalty to give Osaka a 5-3 lead in the second set. The crowd booed throughout the final game and Osaka’s trophy ceremony.

It was a painful moment for both players. While disappointed to lose her second straight major final, Williams also had to calm the storm, asking fans to stop jeering. Osaka, meanwhile, was unable to celebrate or enjoy her first Grand Slam event victory, tearfully apologizing for winning.

That’s why, just moments after Williams defeated Simona Halep, 6-3, 6-3, in the Australian Open quarterfinals Tuesday, she was already asked about her next opponent.

She praised Osaka, whom she will meet in the semifinals Thursday, and called her inspiring for her work on and off the court. She then added: “I’ve been watching her and I’m sure she’s been watching me, and I feel like this is such a good opportunity for me to keep doing my best.”

It was a brief, if not fleeting, glimpse into just how much the match means to the oft-guarded Williams. The two have been inextricably linked since that 2018 US Open. From now until their match gets underway in Melbourne, there will undoubtedly be endless talk about their past meeting and speculation as to how much of a factor it will be for both players.

But for Williams and Osaka, two champions who represent the past, present and future of women’s tennis, there is a mutual respect that extends far beyond a TV talking point, and an appreciation for what the other has done, and continues to do, for the sport. And besides, they are both focused on bigger things — like winning.

“I’m not sure we’ll ever move on completely from what happened, but they both have enough motivation to win,” ESPN analyst and 21-time major doubles champion Pam Shriver said. “They don’t need anything extra.”

Both players are eager to play for another major title. Williams has been seeking her record-tying 24th since coming back after giving birth in 2018 and has played in four finals since, including against Osaka in 2018, but she has struggled with expectations in the biggest moments. Osaka has won three majors in her short career, including the 2020 US Open in September, and has regained her form after a slightly challenging stretch after her first two Slam victories. If she were to win her fourth, she would have the third most on tour among active players — trailing just Williams and Serena’s sister Venus — and it would cement Osaka’s status as the sport’s heir apparent.

But Williams isn’t ready to hand over her crown just yet (note the glittery “Queen” necklace she’s been wearing in Melbourne) as she’s been in vintage form. She won her first three matches in straight sets before being forced to battle in three against Aryna Sabalenka, the tournament’s No. 7 seed, in the fourth. Williams overcame Sabalenka’s powerful hitting and aggressive style to advance, 6-4, 2-6, 6-4. And she showed no signs of fatigue Tuesday against Halep. Although the match was less lopsided than the score might suggest, Williams remained firmly in control for most of it.

“What I love about what I’m seeing from Serena now is her ability to scramble and win these long rallies in a way she wasn’t able to do last year or the year before,” Shriver said. “She’s certainly never going to move the way she did in her prime, but she’s moving so much better than she has since coming back from maternity leave. Some of what we’ve seen from her on defense this tournament has been incredible.”

Osaka’s path to the semifinals has been similar — she cruised through her first three matches before facing two-time major champion Garbine Muguruza in the fourth. Osaka staved off two match points before pulling off the comeback for a 4-6, 6-4, 7-5 victory. But she had little problem with Su-Wei Hsieh in the quarters — rolling to a 6-2, 6-2 win. Her play and mental fortitude have made her the betting favorite to win the title.

“Osaka is the player to beat in the whole tournament, no matter who she plays,” Shriver said.

Williams and Osaka have played each other once since the meeting in New York, a largely straightforward affair in the quarterfinals of the 2019 Canadian Open. Williams won in straight sets and later admitted she felt more comfortable entering the match than she had in the previous one.

“I knew her game a little bit more, so that’s a little easier,” she said after the match. “I’m just overall a little bit better. I know her game. I watch her a lot.”

For much of Williams’ career, she has been the can’t-miss player to watch. But she has lost some of her intimidation factor since her return and in the “What have you done for me lately?” world of women’s tennis, she’s sometimes overshadowed by some of the younger players who have won majors, including Ashleigh Barty, Sofia Kenin, Bianca Andreescu, Halep and, perhaps mostly, Osaka. Since the French Open in 2018, where Williams made her major comeback, no one has made more quarterfinals, semifinals or finals than Williams. But no one has won more Slam titles in that stretch than Osaka.

At 39 and 23, Williams and Osaka are on opposite sides of their careers. Osaka grew up watching Serena and Venus Williams, and she has called the sisters her inspiration to start in the sport. As a child, she dreamed about having the chance to play them.

While they are now both on the WTA Tour chasing the same trophies, Osaka still admires Williams. And she still watches her too, as she candidly confessed after her win over Hsieh earlier in the day Tuesday.

“I always watch Serena’s matches anyway,” she said when asked whether she would be scouting her potential opponent in the night’s quarterfinal showdown.

In addition to snagging lucrative endorsements and magazine covers, Osaka has followed in Williams’ path as an outspoken activist for racial and gender equality. Osaka’s decision to boycott the Western & Southern Open after the police shooting of Jacob Blake in Kenosha, Wisconsin, caused the tournament to pause play for a day.

During her championship run at the US Open, Osaka wore a series of seven masks, one for each match, honoring victims who have died as the result of racial injustice and police brutality. During the US Open, she credited Williams for paving the way for her to have a voice.

It still has yet to be determined whether a crowd will be present at Rod Laver Arena due to the continued lockdown in Melbourne. It is scheduled to end Wednesday at 11:59 p.m., but that has yet to be confirmed by the local Victorian government. Both players played well in an empty stadium at the 2020 US Open, so Shriver doesn’t think it will be much of a factor for either.

“They are used to this somewhat by now,” she said. “And for Serena, I thought she played really well without the crowd. I think for her not to have the distractions is better for her. She has so much motivation and a drive to get to 24, she can encourage herself and doesn’t need to rely on the crowd energy for that.”

Fans or not, Thursday’s semifinal will be a blockbuster match. And as for the past, Williams and Osaka are simply focused on the future.

“I think we both have had closure,” Williams said Tuesday. “And we have reached out to each other. I have definitely reached out, and … she’s a great competitor and she’s a cool cat…

“I got to keep going. That’s obviously the goal. Obviously, I have an incredible opponent to play, so it would be nice to hopefully keep raising the level of my game. I’m going to have to.”

Central Park: Amy Cooper has criminal case against her dismissed