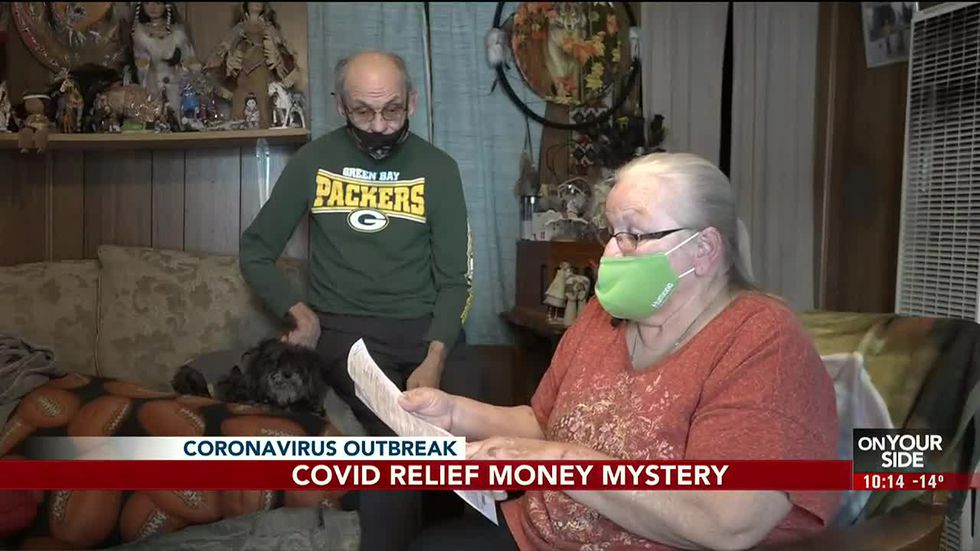 CARSON, IOWA. (WOWT) – A frustrated senior citizen from Iowa has been left with a mystery.

Subzero temperatures outside aren’t the only reason Michael Carr feels a chill inside.

“The hot water heater doesn’t heat like it should and so we run out of hot water,” says Mike.

Unable to afford a new one the Carr’s have been putting heat on the treasury department because Mike has yet to receive his two stimulus payments.

“I just want them to fix it so the money goes to me instead of somebody else,” says Mike.

While Mike has missed out on $1,800 the government stimulus money isn’t missing.

Deb Carr, Mike’s wife says, “That’s his social security number and whoever got it, however, they did it. The money went to the wrong person, the wrong account.”

The wrong bank is almost 200 miles away. I asked a cybersecurity expert how that can happen.

Rob Shavell from DeleteMe Cybersecurity said, “10% government error, 90% identify theft when it comes to COVID check scams. You’re saying you can still get that money? 100% of people will ultimately get the checks they deserve and the people who will get them first are the people that stay on top of those banks, call them, and have the right identifying information.”

The Carr’s are taking that advice but so far, no money has been transferred to Mike’s account.

As you can see, the couple lives on the edge of town and says literally they’re living on the edge financially.

Without the missing stimulus checks, they say it’s hard to get by. Relatives have paid off their car.

“It was a blessing, a big blessing,” says Deb.

For the Carr’s the stimulus money isn’t’ about answering a prayer but fulfilling a promise.

“I just want to provide for my wife and myself. We don’t want anything extra, we just want what everybody else has been getting,” says Mike.

The Iowa bank where the stimulus payments ended up wouldn’t comment on why that happened or how soon Mike will get his money.

The IRS cited privacy law for declining comment but the taxpayer’s advocate service can help with questions about overdue COVID relief checks. The cybersecurity company, DeleteMe will work with the Carr’s on getting answers.