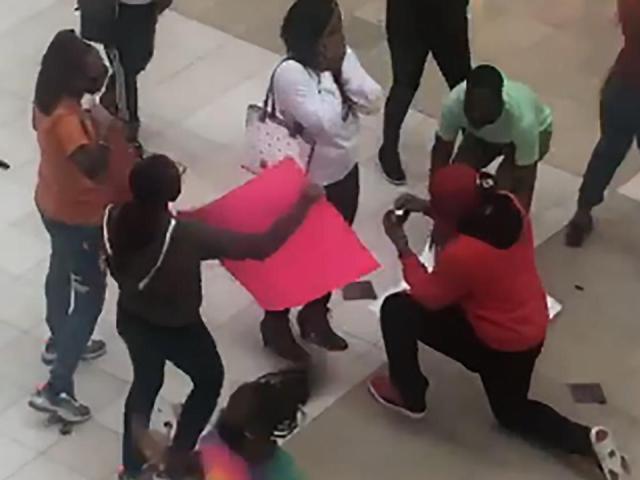 
Raleigh, N.C. — Triangle Town Center Mall in Raleigh was the scene of an elaborate Valentine’s Day proposal, with the video going viral.

A group danced to pop music as the man lured his unsuspecting girlfriend to a balloon-and-poster set up in the middle of the mall.

As he pulled her to the center of the celebration, a banner appeared along the upper level. He got down on one knee and signaled toward the sign, which read, “Will you marry me?”

The woman showed shock, then tears and the couple hugged. She said “yes.”