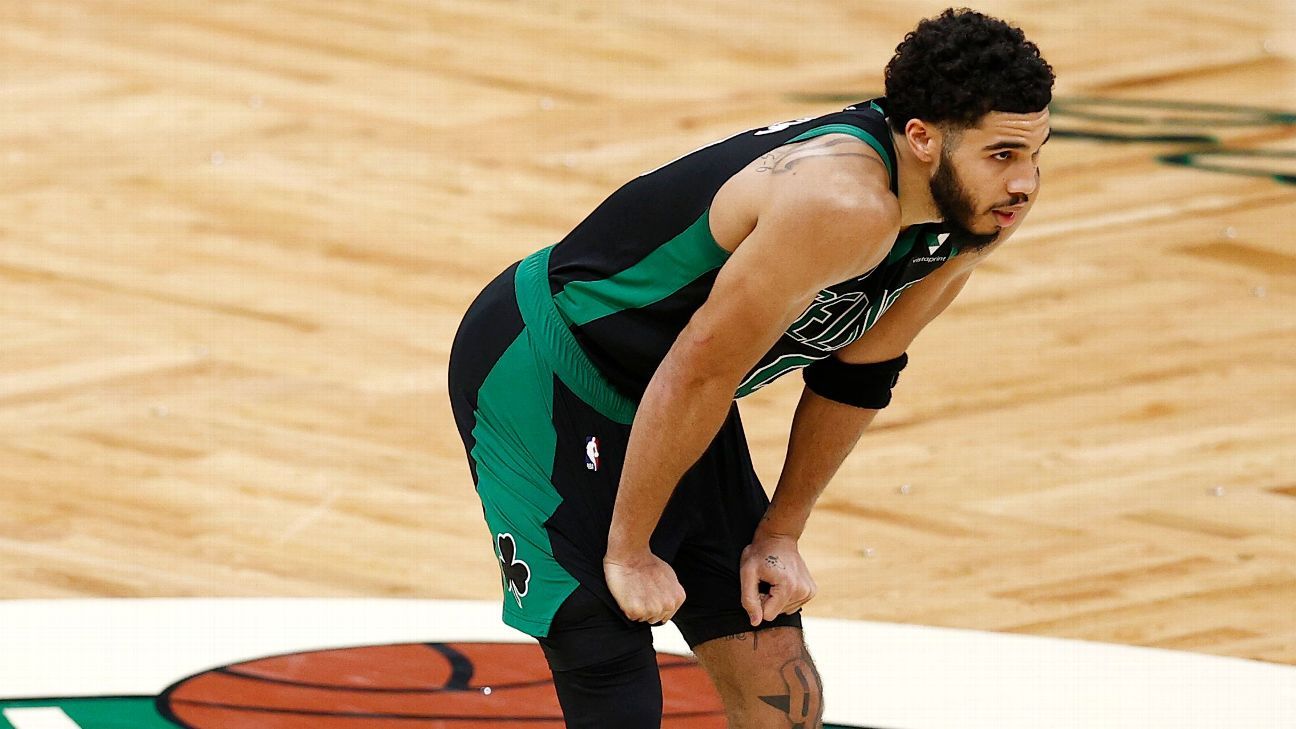 BOSTON — Celtics star Jayson Tatum said he is still dealing with the aftereffects of COVID-19 more than a month after he initially tested positive for the virus.

“I think it messes with your breathing a little bit,” Tatum said after the team’s shootaround Tuesday afternoon ahead of hosting the Denver Nuggets. “I have experienced some games where, I don’t want to say [I was] struggling to breathe, but, you know, you get fatigued a lot quicker than normal.

“Just running up and down the court a few times, it’s easier to get out of breath or tired a lot faster. I’ve noticed that since I’ve had COVID. It’s just something I’m working on.

“It’s gotten better since the first game I played, but I still deal with it from time to time.”

Tatum, who had 21 points, six rebounds and eight assists in Tuesday night’s 112-99 victory, missed five games — on top of the full week the Celtics were paused because they did not have enough players available to play — after testing positive for COVID-19 in early January. He is averaging 25.4 points, 7.0 rebounds and 4.6 assists in 22 games this season.

Since his return, Tatum’s minutes have increased slightly from 34.6 to 35.7 minutes per game.

Tatum said he has talked to Celtics coach Brad Stevens about how he’s feeling and said his breathing issues aren’t a constant. They come and go, and he’s trying to deal with them while playing through a condensed NBA schedule — all while averaging a career-high 35.2 minutes per game.

“It’s something that we’ve talked about,” Tatum said. “And it’s not like every game where I feel it the whole game. It’s just certain stretches where breathing is a little out of whack, and I talk to the medical staff and coaching staff about it. It’s gotten better, obviously, from the first game I came back and played.

“I guess it’s just a long process. I’ve talked to other guys that have had it, and they say they experienced the same thing and it kind of just gets better over time. But as much as we play, I guess it takes a little bit longer.”

Entering Tuesday night’s game against Denver, Boston has dropped four of its past five games and seven of its past 10, falling to .500 on the season. Much of that stretch has come without wing stopper Marcus Smart, who remains out with a calf strain. Meanwhile, star guard Kemba Walker is available for only one half of back-to-backs because of his ongoing knee issues and second-year wing Romeo Langford hasn’t played yet this season because of offseason wrist surgery.

As a result, Stevens has leaned heavily on Tatum and Jaylen Brown, his two young star wings, to pick up the slack. In addition to Tatum dealing with the lingering effects of COVID-19, Brown missed two games recently with tendinitis in his knee.

Stevens said it’s a difficult challenge to balance minutes when the team is struggling as it is and dealing with a lack of depth on the wing.

“Sometimes my 15-year-old asks me when I get home … ‘Why isn’t Tatum in here? Why isn’t Brown in here?’ Because they have to sit sometime,” Stevens said with a laugh before Sunday’s loss in Washington. “You can’t play those guys 48 minutes a game every single night, right? So, you are balancing that.

“We’ve just got to do our best, as you said, to manage the big view and the game in and of itself. And that is a challenge. That is a real challenge when you’re a team that is, really, a .500 team, and you’re going back-and-forth, and you’re not necessarily falling behind, you’re not really creating separation, you’re just, you know, you’re one of many. You hopefully can get to the point where that balance can be a little bit better.