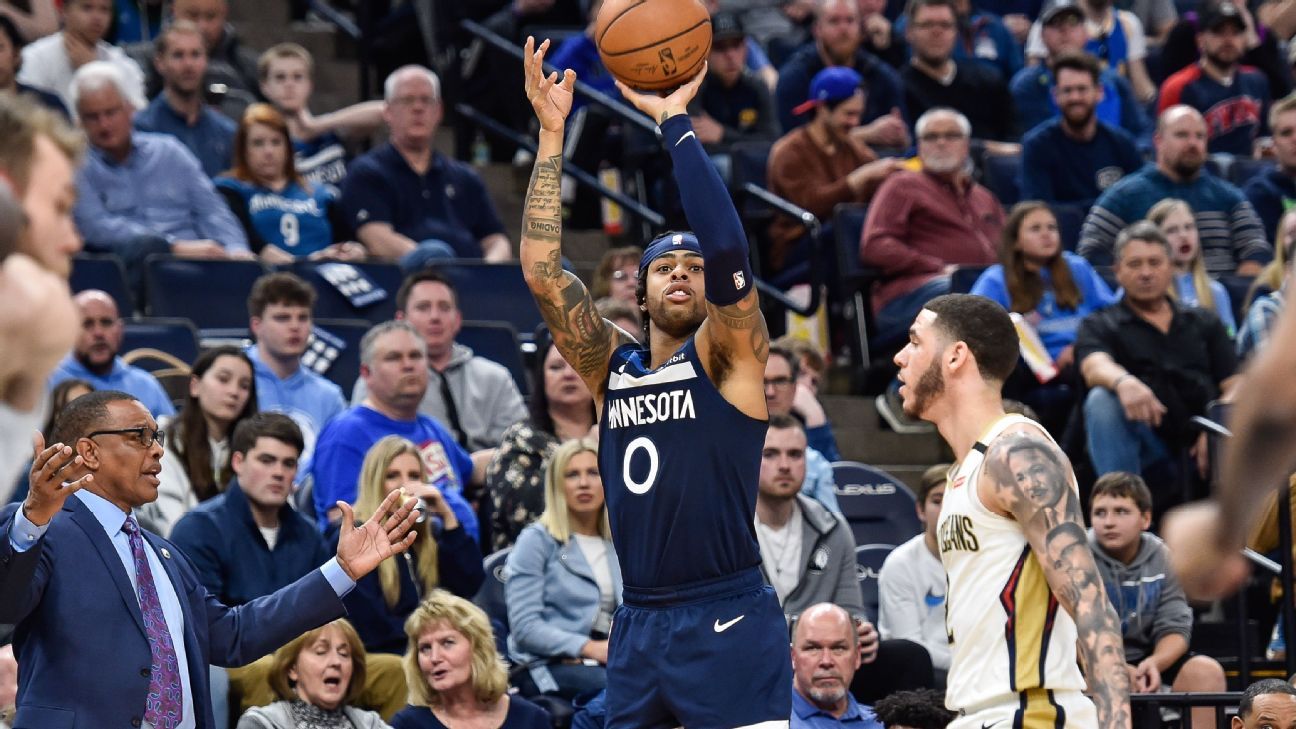 
Minnesota Timberwolves guard D’Angelo Russell will undergo arthroscopic surgery Wednesday to remove a loose body in his left knee and is expected to miss four to six weeks, the team announced.

Russell had missed Minnesota’s previous three games with what the Wolves said was a sore left leg. Ricky Rubio again started in his place in Tuesday night’s 112-104 loss to the Lakers.

Russell was averaging 19.3 points and 5.1 assists in 20 games (19 starts) this season for the Western Conference-worst Timberwolves (7-21).

His absence from the Wolves’ lineup comes a year after the team acquired him via trade with the Golden State Warriors.

The Wolves were looking for a point guard to pair with All-Star Karl-Anthony Towns, but the two have played just five games together since the deal — once during the pandemic-shortened 2019-20 season and four times this season, as Towns was sidelined 13 games after testing positive for COVID-19. Minnesota went 2-3 in those five games.

Towns and Russell were selected first and second, respectively, in the 2015 NBA draft.

Also Tuesday, the Timberwolves said forward Jarrett Culver, who suffered a left ankle sprain last month, has been cleared to resume on-court activities and could play by late next week.