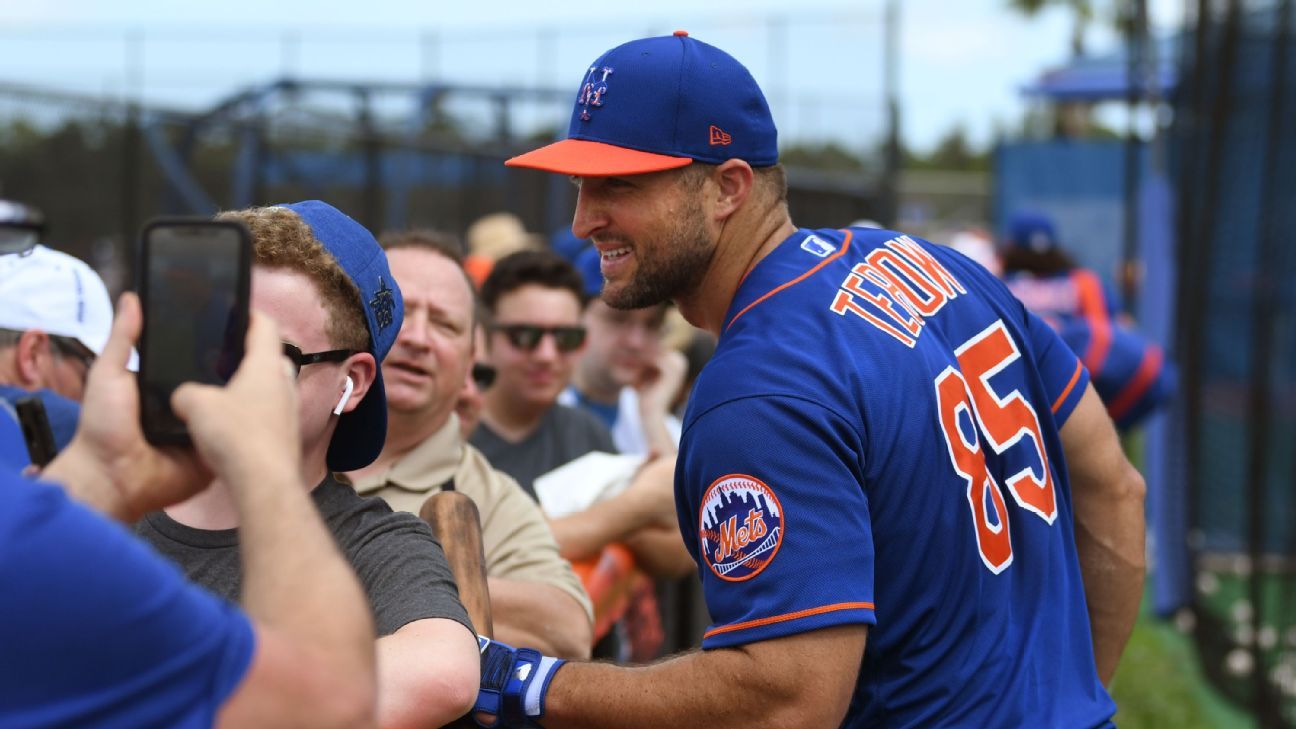 
From the outset of his move into pro baseball in 2016, Tim Tebow followed a unique trail. The Heisman Trophy winner, NFL veteran quarterback and SEC football analyst for ESPN started out as a 29-year-old rookie in the minors, one who had not played competitively since his junior year of high school. On Wednesday, he announced he had hit the end of that road with his decision to retire.

A travesty to some, a player no less serious for others, Tebow’s five-year minor league career had its moments subsequent to his signing a deal with the Mets on Sept. 8, 2016, even as it immediately created questions about how serious to take him.

Tebow then went on to the Arizona Fall League, where he hit an inauspicious .194 without a home run while striking out 20 times in 71 plate appearances. But in his first full season in the minors after an invitation to spring training, Tebow debuted with the Low-A Columbia Fireflies on April 6, 2017, where he homered in his first at-bat:

And upon his promotion to the High-A St. Lucie Mets, he made a great first impression again, homering on his first day with the team. Splitting his 2017 season between the Fireflies and St. Lucie, Tebow hit a combined .226/.309/.347.

Perhaps equally significant by bottom-line standards in an entertainment industry, he was a box-office smash with fans:

The Tim Tebow effect across the minors was significant.

His second season saw him change the conversation, however, as people started taking him seriously as a player in the Double-A Eastern League as he earned an all-star appearance. But as ESPN noted in evaluating his career up to that point, comparing him to other two-sport stars didn’t help his case for a career in baseball:

Among notable two-sport players, Tebow has yet to catch up to these five — again, only in terms of their minor league career numbers:

Four of those five players ultimately made it to the majors. Sanders and Brian Jordan had solid careers in both sports at the highest level, but each was better at one than the other — Sanders earned induction to the Pro Football Hall of Fame, while Jordan was an All-Star and key player for the MLB Cardinals and Braves. Dozier and Henson barely surfaced in baseball, but they did at least make it to the Show.

A 2018 line of .273/.336/.399 in that all-star season in Double-A ended up being Tebow’s high-water mark in baseball. His 2019 performance at Triple-A against pitchers just a step away from the majors was poor (.163/.240/.255) in just 77 games in an injury-shortened season, and 2020’s minor league season was scrapped by the outbreak of the COVID-19 pandemic — which also sank Tebow’s bid to participate in the World Baseball Classic qualifiers as a member of the national team from the Philippines in March 2020.

With his baseball career at an end and the controversy of his career on the diamond aside, enthusiasm for all things Tebow from some segment of the fan base knew few boundaries. He had demonstrated his readiness to comfort a fan who had a seizure after an AFL game:

Bob Holtzman tells the story of Tim Tebow coming to the aid of a fan who had a seizure in the stands during Tuesday’s Arizona Fall League game.

And fans supported him when he shared his beloved dog Bronco’s death on Instagram.