USWNT, with Morgan and Rapinoe back, should dominate 2021 SheBelieves Cup. Olympics next? 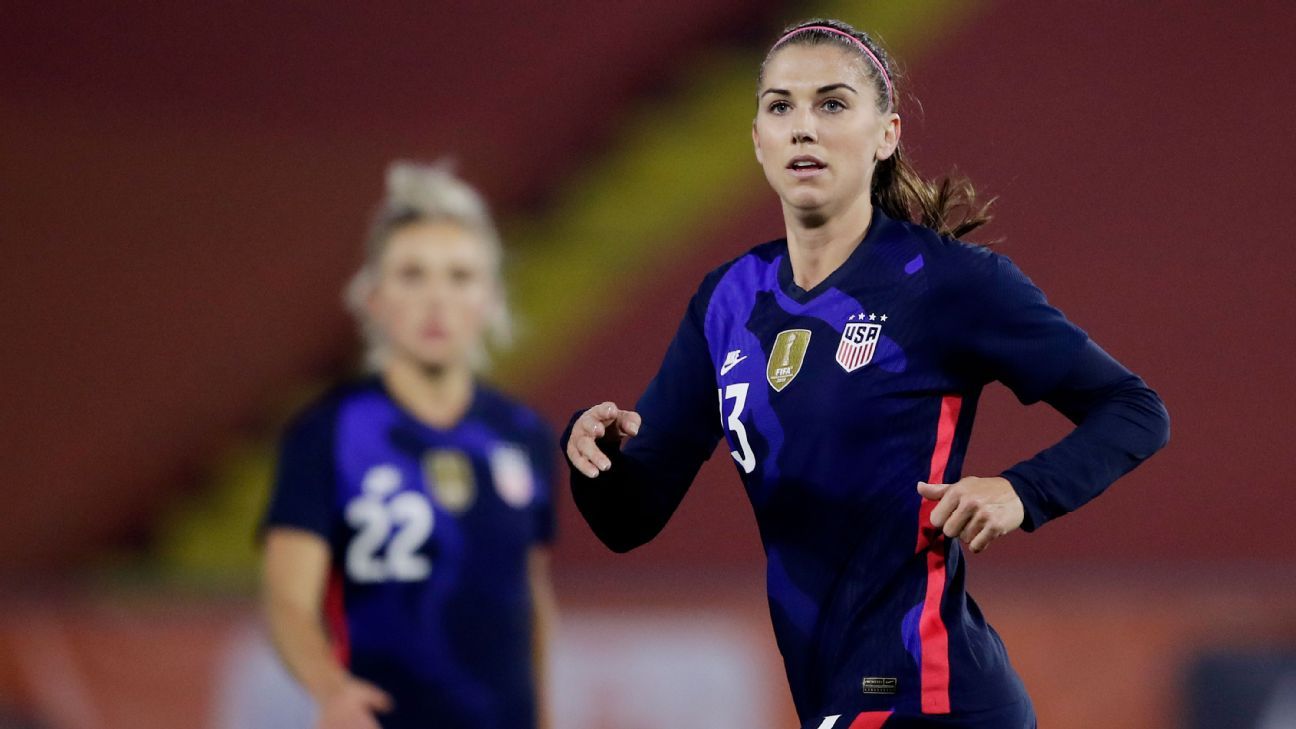 
As we embark on the SheBelieves Cup, 2021 edition, we knew it would look different from the 2020 version. And, let’s be honest, it’s impossible to live up to that 2020 version, which literally squeaked in its last USWNT game vs. Japan on March 11, the day the sporting world came to a screeching halt. So here we are, almost one year later — yes, it has felt like FIVE — and instead of teams like England, Spain and Japan, this edition involves Canada (minus seven of its stars), Brazil (coached by Pia Sundhage … yes, that Pia Sundhage), and Argentina (because Japan pulled out due to COVID-19 concerns).

It’s not the standard of teams we’ve seen in previous years, but I’m just impressed that U.S. Soccer is able to pull off a SheBelieves Cup at all.

– Sam Mewis out of SheBelieves Cup with injury
– Morgan, Press return for USWNT in SheBelieves Cup
– Trinity Rodman ready to make own legacy in women’s soccer

With so much to discuss, where do we begin? Let’s start by assessing the U.S. team after a full year of COVID-19 reshaping our lives, and with the Olympics just five months away … assuming the Olympics actually happen.

I would say the U.S. is the favorite to win the Olympic Games. By a mile. Yes, I said a mile. That is remarkable, really, given all the challenges of getting consistent games in the United States this past year. How is that possible, you ask? Rest, mentality, depth — in that order.

Rest: The delay of the Olympics will mean this team was able to rest and recover. All of that under a normal timetable would be impossible. I think it is why no women’s team has ever won a World Cup and then won the Olympics the next year; ultimately, it’s too tight a turn for the victors. This delay could be huge for the U.S. overall — just ask Alex Morgan, Carli Lloyd and Megan Rapinoe.

Mentality: This U.S. team always finds a way, pandemic be damned. They will find a way to train, compete, grow and minimize the downside of a pandemic. You saw it against the Dutch in the November victory to close out 2020, which was basically the USWNT’s first real game during quarantine, then again in the two victories against Colombia in January friendlies. The first game was a 4-0 win for the U.S., and the second was a 6-0 win.

It was a depleted Colombian team, yes, but it also gave USWNT head coach Vlatko Andonovski a chance to look at some of his younger players, namely Catarina Macario — who recently received clearance from FIFA to play for the U.S. instead of her native Brazil. And, let’s just say Macario looked like she belonged.

Depth: For the three games in the SheBelieves Cup, the U.S. will still not be at full force due to injuries (Tobin Heath and Sam Mewis) and clubs unwilling to release their players (Alana Cook at PSG). But even at reduced force, the U.S. is overflowing with options and has the gift of a deep roster.

Alex Morgan is back. Post-pregnancy, post-knee injury, post-Tottenham loan and post-coronavirus diagnosis, she is back and, as you can imagine, eager to play. Also back playing and looking good are Lloyd and Rapinoe. Both missed most of 2020 due to injuries and time away. By all accounts, these two stars came back to the January friendlies reinvigorated, fit and, most importantly, hungry.

Christen Press is also back, after missing the January friendlies as a result of an extended illness (not related to COVID-19) while in England for Manchester City. Kristie Mewis wants to prove that 2021 can be as magical as 2020, and we’ve already mentioned how good Macario looked. Add in another youngster on the radar, Sophia Smith, the Stanford star who went as the No. 1 pick in the 2020 NWSL draft. She will get a good look in the SheBelieves Cup tournament.

In terms of the competition, Canada is sadly missing some of its biggest stars due to injury (Christine Sinclair, Erin McLeod, Diana Matheson and Bianca St-Georges) and clubs not releasing them (Kadeisha Buchanan, Jordyn Huitema and Ashley Lawrence), which is a bummer. But I must admit, I am most looking forward to the Pia Sundhage matchup with Brazil. Can Pia transform a Brazilian team that has always been the bridesmaid? Can she bring them that long-awaited first gold medal at the world level?

I think it’s too little, too late myself for Brazil, but it does make for a compelling story. At a minimum, I do hope Pia will pull out her guitar, strum a few notes, serenade us and make the world right again. I don’t think that’s too much to ask.

Maybe the SheBelieves Cup 2021 is exactly what we need to kick us back into normalcy. It was, after all, the last bit of normal we had before the world turned on its head. So, 2021, let’s start living up to your potential.

'It's not the end': Russian activist prepares for jail