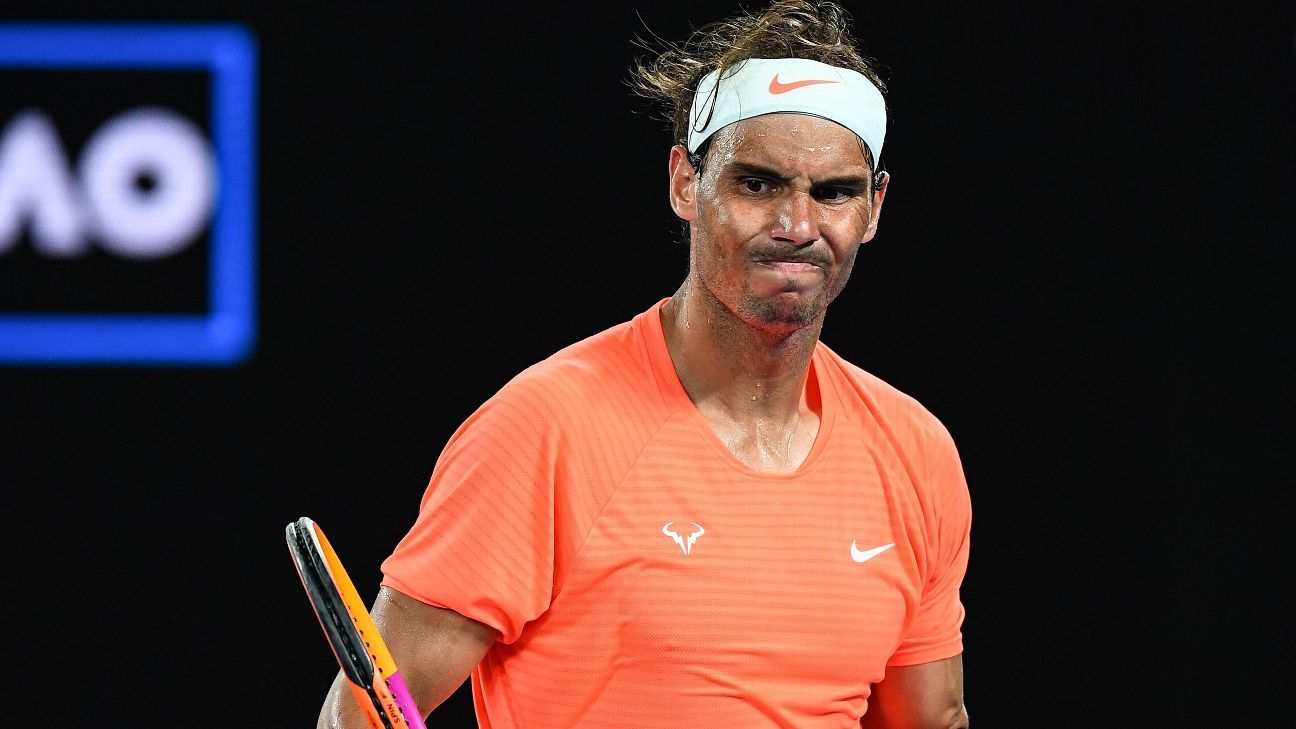 
For most of tennis’s existence, winning even a single Grand Slam tournament meant career affirmation.

From 1990 to ’98, 16 different players won a major, six for the first and only time. If there was a big-picture narrative involved, it likely had to do with reaching No. 1 in the ATP rankings.

A lone Slam win prompted Thomas Muster’s rise to No. 1 in early 1996, just as it did for Carlos Moya in 1999. Yevgeny Kafelnikov and Patrick Rafter reached the summit in 1999 as well, just as Lleyton Hewitt, Gustavo Kuerten and Marat Safin would in the years that followed. In late 2003, it was Andy Roddick’s turn to both win a Slam (the US Open) and reach No. 1.

Since 2004, however, only four men have been ranked No. 1: Roger Federer (310 weeks), Novak Djokovic (308), Rafael Nadal (209) and Andy Murray (41). The first three on that list have also won 57 of the past 69 Slams, and the only narrative that has mattered over the past decade has been: Who will finish with the most Slam titles? Nadal tied Federer at 20 with his late-2020 French Open win, and Djokovic, at 17, has been reeling in both of them for a while.

That makes every loss noteworthy, especially with all three in the advanced stages of their respective careers (Federer is 39 years old, Nadal 34, Djokovic 33). When Djokovic got ejected from the US Open last fall for accidentally hitting a linesperson with a ball, it was a huge missed opportunity to get to within one title of Nadal and two of Federer; Nadal then snared another one when he swept Djokovic in Paris.

Nadal missed his own opportunity on Wednesday in the Australian Open quarterfinals when he blew only his second two-set advantage at a Slam and lost to Stefanos Tsitsipas 3-6, 2-6, 7-6 (4), 6-4, 7-5.

This was a massive moment for the 22-year-old Tsitsipas, who has now overcome two-set disadvantages in consecutive Slams and has reached his third major semifinal, the second in a row. It was only his second win over a top-10 player in a Slam too. But sticking to tennis’s biggest narrative, we must ask what this does to the career Slams race as well.

Nadal is the greatest clay-court player of all time; of that, there is no doubt. And he’s an all-time great overall because his prowess isn’t limited to clay — he has won five hard-court Slams and two Wimbledons.

His 13 French Open titles, however, are obviously the key to his position in the major titles race; he’s won only two Slams outside of Paris in the past seven years (the 2017 and 2019 US Opens). If he finishes atop the heap, it will be because of Roland Garros, and as he proved last fall, his dominance in Paris is far from over. He’s won four straight French Opens, and he didn’t drop a set on the way to last year’s championship.

Obviously, a title in Melbourne would have benefited Nadal greatly, and blowing a two-set advantage is never anything but costly. But this isn’t his event.

Maybe the biggest plot twist in Djokovic’s pursuit happened when he became the best grass-courter in the world; despite the generic assumptions we might make about a player who defends so well and has a great, but not elite, attacking game — that he must be better-suited to hard or clay courts than grass — he has won four of the past six Wimbledons, pinning opponents deep, serving better and better, and forcing copious mistakes. He will be the favorite in London when the tournament resumes this summer.

Still, Melbourne is to Djokovic what Paris is to Nadal. He’s won eight Australian Open titles, including seven of the past 10. If we set the eventual over/under for Slam titles at 22 or 23, that means he needs five or six more. Since almost half of his 17 titles have come in Australia, you figure at least two future titles, maybe three, will need to come from there as well.

Djokovic reached the semis with a four-set quarterfinal win over Alexander Zverev, but his form hasn’t been tiptop in this fortnight. He dropped a set to Frances Tiafoe in the second round, then suffered a mysterious injury against Taylor Fritz in the third round. He survived that match in five sets before beating Milos Raonic and Zverev each in four, but while these results would be incredible for just about any player alive, it’s clear Djokovic isn’t at full strength.

Despite the injury, Caesars by William Hill lists Djokovic’s betting odds at -1450 (equivalent to a 94% chance of winning) against qualifier and Cinderella story Aslan Karatsev in the semifinals. But even if we assume he advances — though we know odds have in no way applied to Karatsev’s run so far — he’ll still have to face either Tsitsipas or Daniil Medvedev in the finals.

Medvedev is a three-time Slam semifinalist on hard courts and nearly took down Nadal in the 2019 US Open finals; Tennis Abstract’s Elo ratings rank him as the No. 2 hard-court player in the world. Even if a wounded Djokovic is better than almost everyone on this surface, is he still better than Medvedev?

This is a huge moment for tennis’s next generation

If “Who will finish with the most Slams?” has been the biggest question in men’s tennis over the past decade, then “When will the younger generation overtake the Big Three?” is the second biggest. We’ve been asking it for a while.

The Raonic-Kei Nishikori-Grigor Dimitrov generation was slowed by injuries and missed opportunities, and there’s an interesting dichotomy in the current ATP top 12: There are four players 33 or older, six 25 or younger and only two in between (Dominic Thiem and Diego Schwartzman).

The 25-and-under group has shown massive potential; we’re just waiting for a breakthrough. The current top three in this group — Medvedev, Tsitsipas and Zverev — have combined to defeat Djokovic seven times, Federer six times and Nadal five times, but before Tsitsipas’ quarterfinal win over Nadal, they were just 1-7 against the Big Three in Slams. Now they’re 2-7.

We often overstate the effects of intangibles and immeasurables in sports (most of the most important things are indeed measurable), but it’s obvious how much of a role confidence and sheer belief can play in a one-on-one sport like tennis. Tsitsipas not only came back to beat Nadal in five sets, he actually made Nadal look his age in the process. Nadal was clearly the more fatigued player late in the match.

The visuals this win provided could bring a domino effect. If the victory is combined with a Medvedev or Tsitsipas title, it could reshape not only how we look at the 2021 tour but also how we look at the career titles race. Suddenly the Big Three might see fewer great opportunities overall, and that over/under of 22 or 23 titles might become 21.

Or, hey, maybe Djokovic dominates Tsitsipas/Medvedev in the finals, and this becomes another false start for the next generation. Regardless, Tsitsipas’ comeback makes the final three matches of the men’s Australian Open even more intriguing than they already were.