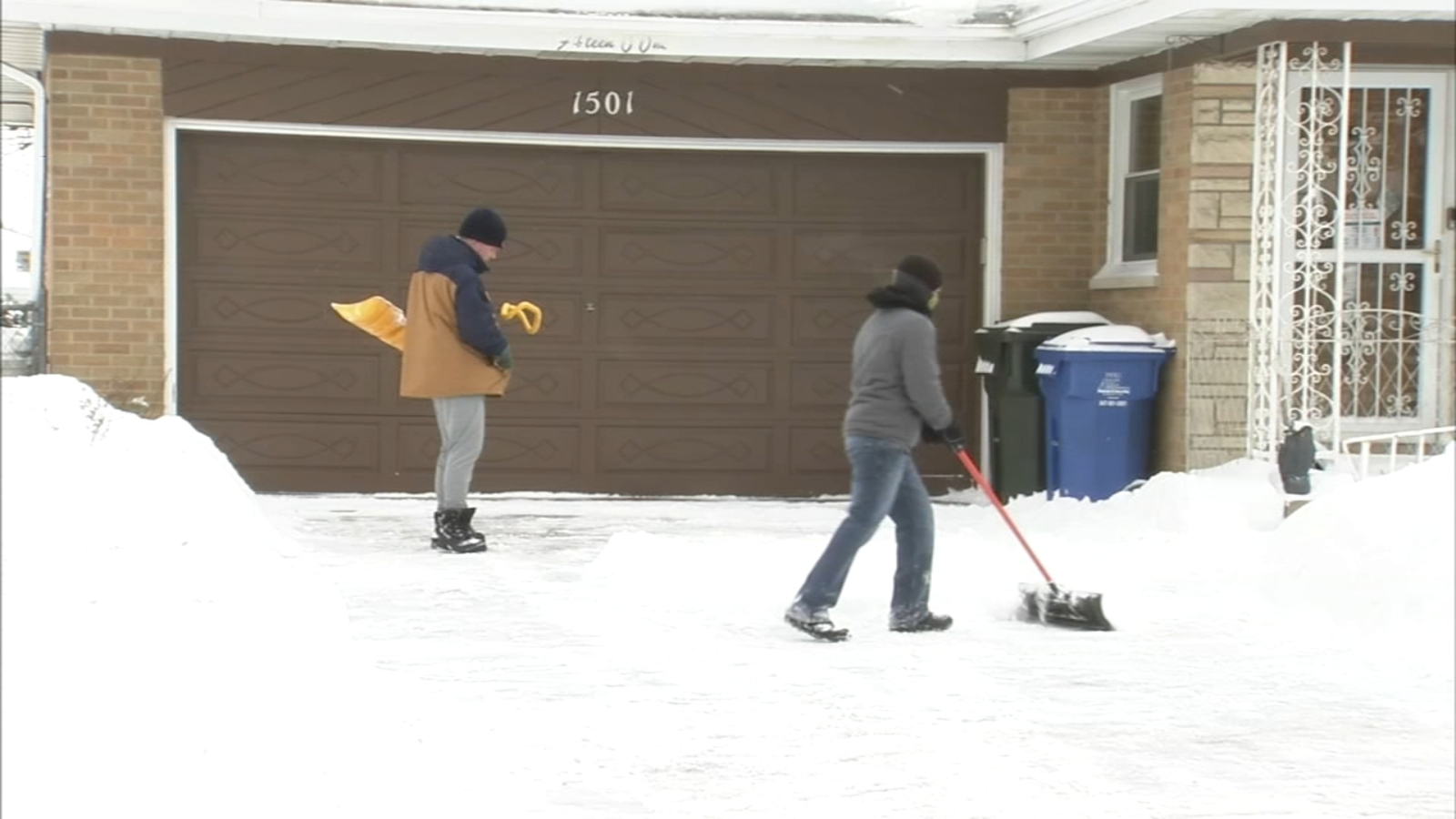 DES PLAINES, Ill. (WLS) — Jet City Coalition was founded in November 2020, and has already had a successful coat drive. Monday night and Tuesday they were out and about, clearing sidewalks and driveways, digging out neighbors who can’t clear their own snow.

With each push of his shovel, founder Kevin Murphy is one step closer to fulfilling his mission to give back to his hometown of Des Plaines.

RELATED: Chicago Weather: Up to 16 inches of snow fall near lake in latest winter storm

Jet City Coalition lends a hand to people in the northwest suburb, and right now means digging out anyone who can’t deal with their own snow, free of charge.

“Just trying to show people around there that we love them, and take this burden on to inspire others to do the same,” Murphy said.

The group listed the free shovel program on its Facebook page. Maria Bastida called them to help her neighbor, but with her rheumatoid arthritis, shoveling takes its toll. So they did her driveway too.

“You give and you give throughout the years, and now you find the next generation giving back to you,” she said.

Joby Joy, a volunteer for Jet City, said he wants to be a good role model for his nephews.

“When the citizens now see that we’re doing something, it will show the youth that they have something to look forward to,” he said.

The snowed-in folks who were helped by Jet City said they were touched by the act of kindness, and plan to repay Murphy.

“I promised him a barbecue once the weather breaks,” Bastida said.

“I made him some cookies because he wouldn’t take any money,” said Penny Dwiel.

Dwiel said she was brought to tears when Murphy showed up last night and cleared her driveway and sidewalk.

“I’m not used to having to ask for help,” she said. “But as we get older, things get more difficult.”

My Block, My Hood, My City shovels for Chicago’s snowbound seniors

Chicago’s My Block, My Hood, My City has been holding snow shoveling events all month to help clear sidewalks and driveways for seniors who can’t dig themselves out, and are looking for more volunteers to help with the latest round of snow.

They were hard at work Monday night and Tuesday to help seniors in the city’s South Side, but more help is needed.

Volunteers looking to get involved can sign up online for Wednesday’s shoveling event from 10 a.m. to 12 p.m.., which will be held near Englewood Free Market, which provides perishable foods and essential items for the community supplied by RAGE.

Anyone looking to donate to the shovel crew or any seniors who would like to request shoveling can also do so on M3’s website.

Follow live: Canada takes on Croatia in a must-win matchup