China, not the United States, is now Europe’s biggest trading partner for goods 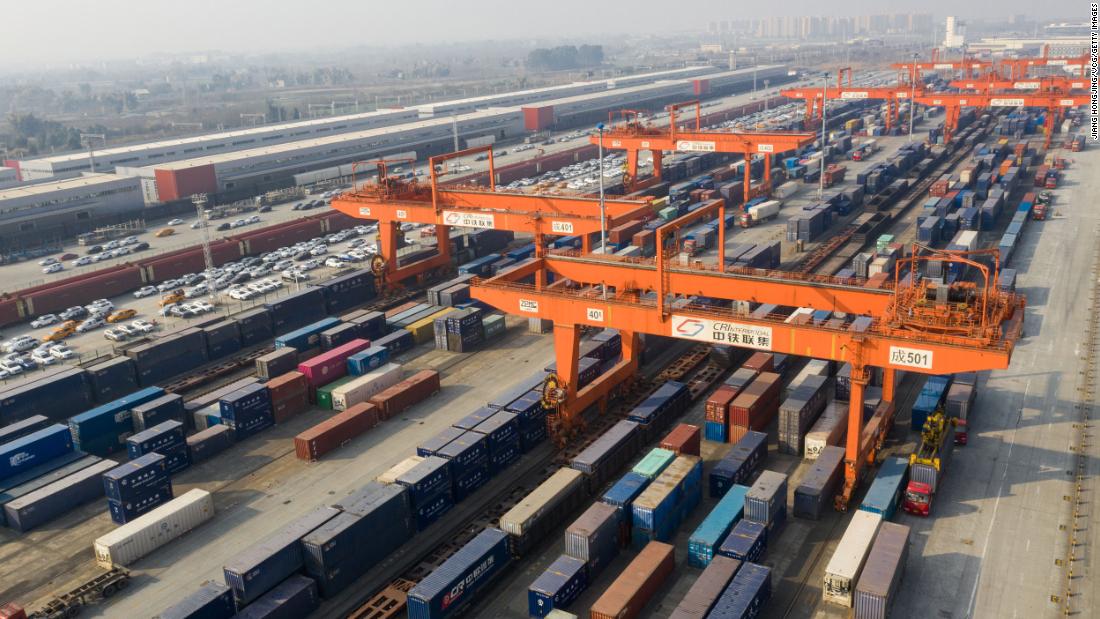 Data released this week by the European Union’s statistics service attributed the shift to a 5.6% increase in imports from China in 2020 and a 2.2% increase in exports. Meanwhile, there was a “significant drop” in trade with the United States, with imports plunging 13.2% and exports falling 8.2%. The overall value of EU-China goods trade last year was €586 billion ($706 billion), about €31 billion ($37 billion) more than between the European Union and the United States.

Daniel Gros, a fellow at the Center for European Policy Studies, said the switch shouldn’t come as a surprise given China’s command of global industry.

He emphasized, however, that Europe’s ties to the United States remain very strong. While headline changes look at total trade in goods, the European Union continues to export much more to the United States that it does to China, generating a significant number of jobs, he noted. The data also doesn’t take transatlantic trade in services into account, which is worth about €494 billion ($595 billion) a year.

“The overall transatlantic relationship remains much, much stronger than the one between Europe and China,” Gros said. “It’s much deeper because it has [much] more cross-[border] investment [and] transnational companies in a way you do not have with China.”

Still, Brussels is looking to deepen its economic relationship with China, despite viewing the country as a “strategic competitor” and “systemic rival.”

Europe shares US concerns about Beijing’s trade and technology practices. But late last year, it finalized an investment agreement with China aimed at boosting market access.

The European Commission said it laid down “clear obligations on Chinese state-owned enterprises,” which are often heavily subsidized, and established rules against forced technology transfers.

Changing trading dynamics could complicate Biden’s efforts to reset relationships with allies and build a global coalition to hold China to account.

Gros, however, said the full text of the EU investment agreement ultimately lacked substance. He advised the Biden administration to look beyond the headlines, and see that the content of the deal, which took seven years to negotiate, changed “very little.”