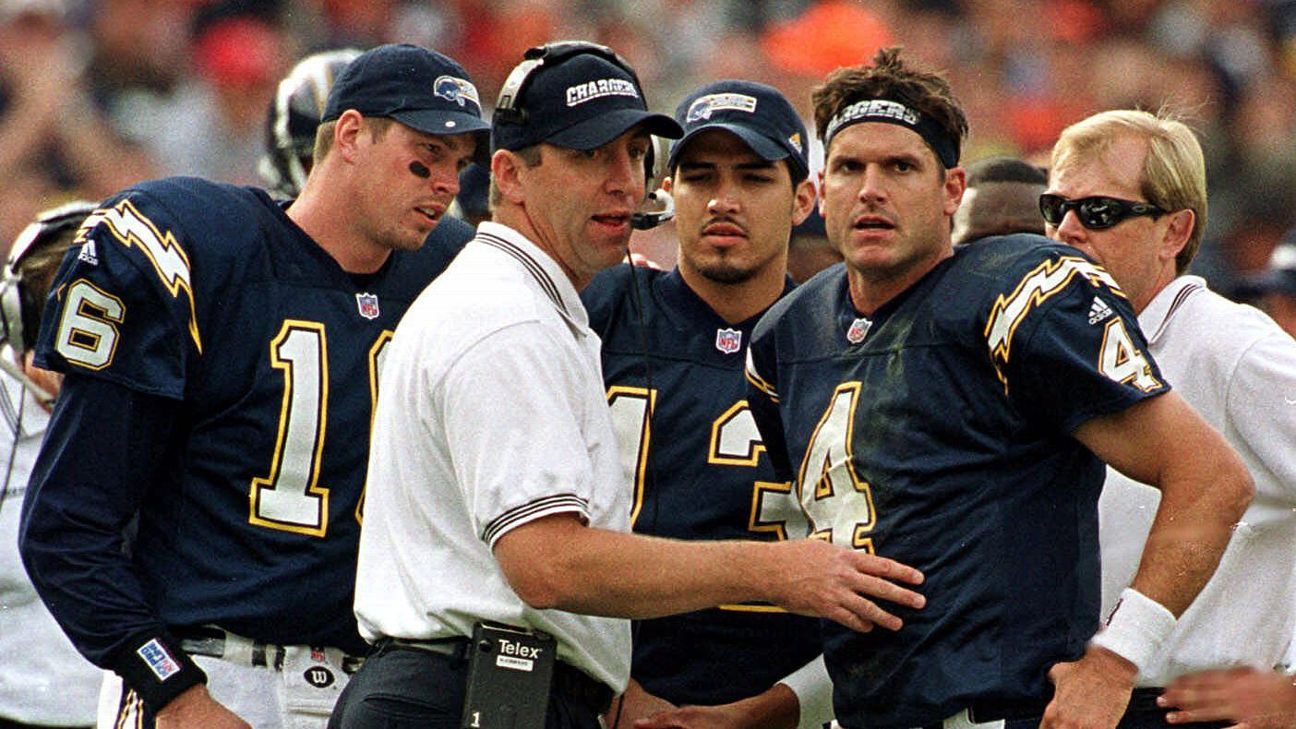 
Eight days before Super Bowl LV had officially put a bow on the 2020 NFL season, the calliope music already could be heard.

The league’s 2021 quarterback carousel was in motion.

Yes, the Kansas City Chiefs and the Tampa Bay Buccaneers still had to settle the business of a championship, but the Detroit Lions had agreed on Jan. 30 to ship quarterback Matthew Stafford — he told the Detroit Free Press’ Mitch Albom this past week, “I wanted to shoot my shot” — to the Los Angeles Rams for Jared Goff and a pile of draft picks.

And the always constant, and almost always maddening, pursuit of the “it” guy behind center was officially up and running for the new season. Personnel executives around the league have said that this offseason could result in the most changes behind center from one season to the next that anyone has seen. The record? Well, that would be 16 different opening-day starters from the 1998 season compared to 1999. In 1998 the league had 30 teams in it as the expansion Cleveland Browns would start play in 1999 — that means 16 of the 30 teams that were open for business in both of those seasons changed starting quarterbacks, or 53%.

A big reason so many teams changed their starting QBs that year can be deduced by looking at the teams that did not. Five future Hall of Famers — Brett Favre, Troy Aikman, Steve Young, Dan Marino and Peyton Manning — were in place then and seven of the 14 teams that did not make a change had a quarterback who already had started, or would eventually start, behind center in at least one Super Bowl for them.

President Bill Clinton was in his second term in office in September 1999. The No. 1 song was Enrique Iglesias’ “Bailamos.” Aaron Sorkin’s “The West Wing” was one week away from its debut. And there were nine new coaches in the league as the NFL began the most drastic shuffling ever of its quarterback deck:

Mitchell opened the 1999 season as the starter for the Ravens, replacing the departed Harbaugh, but the Ravens also started Stoney Case and Tony Banks behind center before their 8-8 season was done as they averaged just 189 passing yards per game.

Rob Johnson, who started six games for the Bills in 1998, was replaced by Flutie — at least until the playoffs. Flutie started 15 games that season as the Bills went on to an 11-5 record, but Flutie was rested in the regular-season finale with some other starters as Johnson threw for 287 yards and two touchdowns. Wade Phillips elected to start Johnson in the Bills’ wild-card game in Tennessee the following week. The Titans won the game in the closing seconds with the “Music City Miracle” kickoff return.

Beuerlein had replaced Kerry Collins during the 1998 season — Collins had essentially benched himself that year. Beuerlein threw for a career-best 4,436 yards and 36 touchdowns for the Panthers in 1999. Beuerlein never threw more than 19 touchdown passes in any of his other 13 seasons in the league.

Erik Kramer, the 1998 starter, had signed in San Diego and the Bears selected Cade McNown with the No. 12 pick in the 1999 draft. Matthews started the first five games of the season — he had seven starts overall that year — as McNown started six games and Jim Miller started three.

The Bengals released Neil O’Donnell after the 1998 season, took Akili Smith with third pick of the 1999 draft and then started Jeff Blake in 12 games that season.

The only organic move in the bunch, as future Hall of Famer John Elway retired after the Broncos closed out the 1998 season with the second of the team’s back-to-back Super Bowl wins. Brian Griese opened the 1999 season at quarterback, a job that got much more difficult when Terrell Davis suffered a season-ending knee injury in Week 4 against the Jets.

Batch did not open, or close, the 1998 season behind center for the Lions even though he started 12 games as a rookie that year. Scott Mitchell started the first two games of the 1998 season and Frank Reich started the last. Batch then opened the 1999 season as the Lions’ starter.

For a team that finished 15-1 in 1998, the Vikings were certainly busy with the quarterback depth chart in the offseason that followed. They shipped their opening-day starter of 1998, Brad Johnson, who suffered a lower leg fracture in Week 2 and was replaced by Randall Cunningham the rest of the way, to Washington for three draft picks. They then used one of those picks — No. 11 overall — to take Daunte Culpepper as Jeff George, who had been signed in free agency, eventually replaced Cunningham as the starting quarterback in Week 7.

Graham, who had replaced a benched Danny Kanell as the Giants’ starter 10 games into the 1998 season, opened and started nine games in 1999 before he was replaced by Kerry Collins.

Glenn Foley opened the 1998 season before a rib injury forced him to the sideline. Testaverde, who played in place of Foley for much of the remainder of 1998, opened the 1999 season only to suffer a torn Achilles in the second quarter of the Jets’ Week 1 loss to the Patriots.

Jeff George, who started the 1998 season opener and was one of three quarterbacks to start games for the Raiders that year (Donald Hollas and Wade Wilson were the others), moved on in free agency for 1999 and Rich Gannon started a six-year run behind center with the Raiders that included an MVP award in 2002.

After using three different starters on the way to a 3-13 finish in 1998, the Eagles used the second pick of the 1999 draft to select Donovan McNabb as their quarterback of the future, much to the chagrin of the busloads of angry Eagles fans in attendance in New York City who then booed him. Their future head coach Doug Pederson, however, started the first nine games of 1999 before McNabb took over.

Ryan Leaf, who had started as a rookie in 1998, suffered a season-ending shoulder injury in training camp in 1999, so Harbaugh started 12 games that season.

Newly signed Trent Green was supposed to take over for Tony Banks in the 1999 season, but Green suffered a season-ending knee injury in the preseason and the glass slipper fit Warner quite nicely as he then launched a Hall of Fame career in a campaign that included 41 TDs and a Super Bowl win.

Dolly Parton asks for statue plans to go on hold