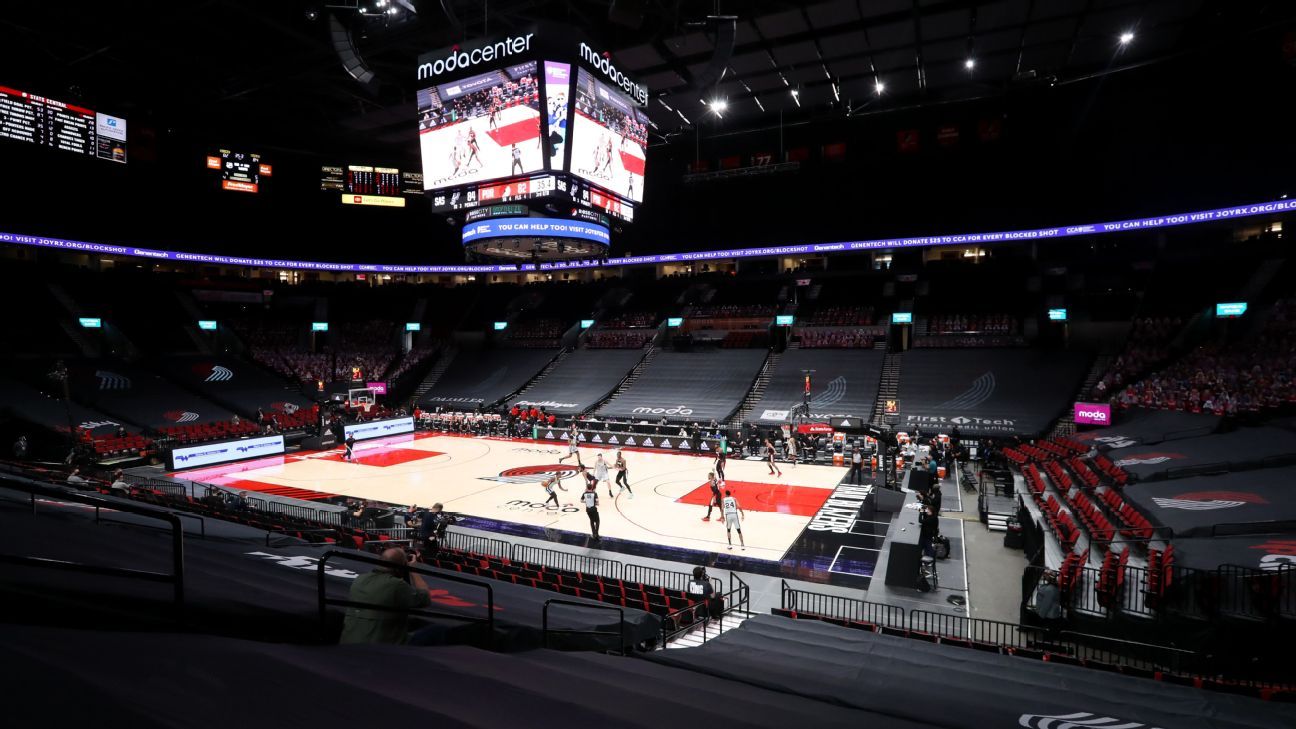 
Many of the NBA’s top players are expressing apprehension about accepting invitations to participate in league-sponsored public service announcements to bolster broader acceptance of the coronavirus vaccine, sources told ESPN.

The NBA’s outreach to the agents of many of the league’s elite players — with hopes of getting stars to participate in PSAs to promote the safety and effectiveness of the vaccine — has been met with a tepid response, sources said. Player apprehensions about receiving the vaccine are consistent with those that also exist in Black communities throughout the country, agents and players told ESPN.

Sources describe a number of factors contributing to many players’ reluctance to participate, including uncertainty about taking the vaccine themselves, reluctance to advocate its use for others and resistance to extending favors to a league amid the largely unpopular plans for an All-Star Game.

On a call with league general managers on Tuesday, commissioner Adam Silver continued to tell top team executives that the league wouldn’t “jump the line” of the general public to get vaccines, but he suggested an optimistic timeline that included the possibility of late March and early April for the start of player vaccinations, sources said. Nevertheless, that’s considered a fluid timeline, largely meant to reaffirm to teams the need to be prepared for whenever the opportunity to vaccinate players comes from public health officials, sources said.

The NBA shared with teams an expectation of 70 million to 100 million vaccine doses likely distributed by mid-March.

In the hours after the call with the league’s GMs, Dr. Anthony Fauci — the nation’s leading infectious disease expert — told CNN that his original hope of April as a target for widespread vaccine availability for those outside of priority groups could be pushed back.

“That timeline will probably be prolonged into mid- to late May and early June,” Fauci told CNN.

As the league works to educate players on the benefits of the vaccine, Silver told the general managers that the process could be incentivized for teams and individuals with the loosening of quarantine and testing protocols for those vaccinated, sources said. Those would be measures consistent with CDC recommendations.

The NBA has been working to educate teams and players on the safety and effectiveness of the vaccine, including mandatory team seminars with Dr. Leroy Sims, the league’s senior vice president of medical affairs.

The NBA has done vaccine PSAs with Hall of Fame center Kareem Abdul-Jabbar and Spurs coach Gregg Popovich, but there’s a strong belief the league’s top players — many of whom who are Black — can impact many more in Black and Brown communities, which have been disproportionately impacted by the COVID-19 pandemic.

“In the African American community, there’s been enormously disparate impact from COVID … but now, somewhat perversely, there’s been enormous resistance [to vaccinations] in the African American community for understandable historical reasons,” Silver said recently. “If that resistance continues, it would be very much a double whammy to the Black community, because the only way out of this pandemic is to get vaccinated.”

Dr. Sims told ESPN Wednesday he has completed 20 presentations to individual teams on the benefit of the vaccines and expects to have met virtually with all 30 teams by Monday. Dr. Sims said he’s approached the player presentations with an emphasis on the scientific and data-based findings about the vaccines — and the potential good done by endorsing its use among the broader community.

“I’ve tried to tackle misinformation — that the development process was rushed, that the vaccine can alter genetics, that the trials lacked diversity,” Sims said. “I get the question of: ‘If I get this shot, is it going to impact my performance?’ I walked them through what the results were, about the different types of vaccine, and I conclude with the benefits of the vaccination.

“I can tell you these guys are listening based on questions that I’m getting. They also ask: “Why should we get this when there hasn’t been a whole lot of time to see what the long-term effects are?’ These guys look at data all the time. I know they get the data, and appeal to them at that level.

“When it comes to vaccinations, any long-term (issues) with vaccinations, you historically tend to see in the first couple of months. Shots started going into people’s arms in March of last year, so we have a trove of data already and we’re continuing to gather it.

“When I talk about leadership, I reference fighting health disparities and role modeling, augmenting community service, showing our support for public health and sound medical data and science. Our players are extremely sophisticated and they see what I am asking.

“But it’s multi-fold. Right now, they can’t get shots, but they can still show support for parents or grandparents getting their vaccines now; and when the time comes, they can show their support by speaking and telling people they’ve gotten it — or showing pictures of them getting it. There will be a tremendous benefit having some of our players coming out publicly supporting this because their actions, their words, carry weight in the community.”

The NBA has lost 30 games to virus-related postponements this season, and concerns over the short- and long-term health impact on infected players remain. The NBA playoffs are scheduled to start on May 22, and the fear of positive tests or outbreaks derailing a postseason is part of the motivation to get as many players and staff members vaccinated as soon as possible.