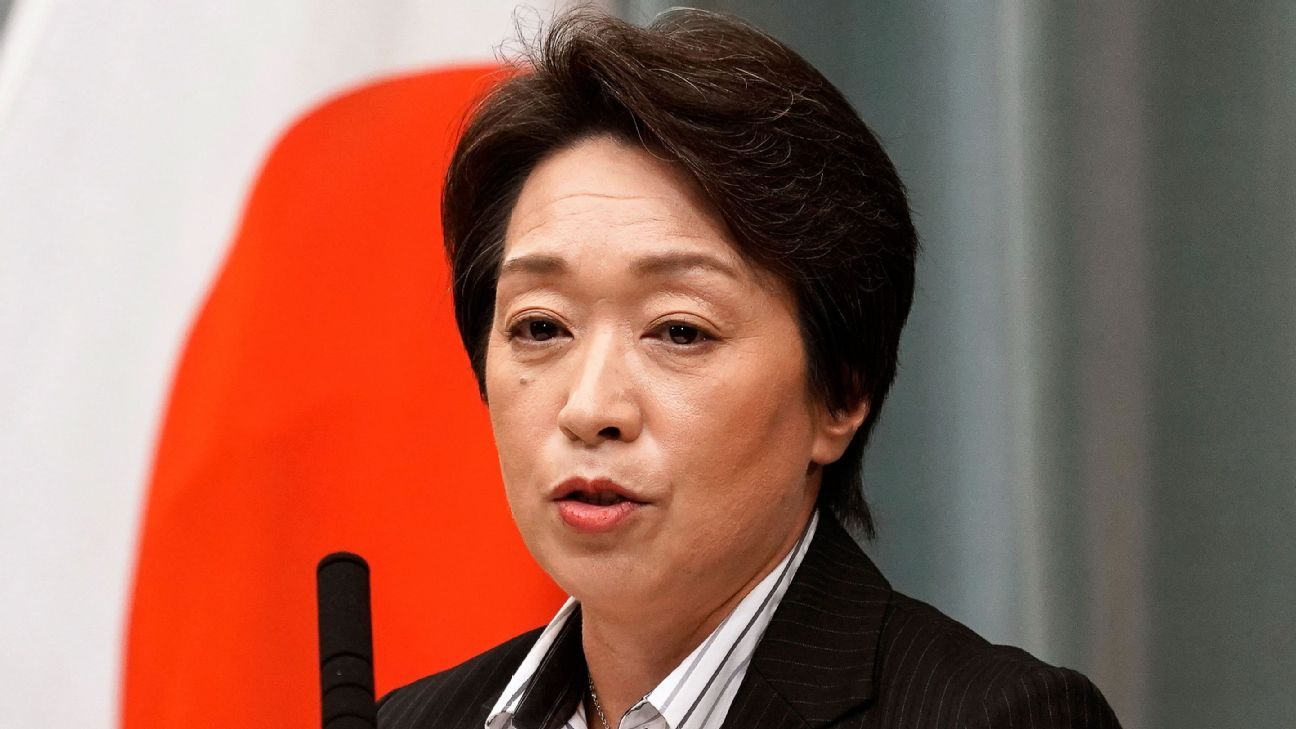 
TOKYO — Seiko Hashimoto appeared in seven Olympics — four Winter Olympics and three Summer Olympics. According to historian Bill Mallon, her seven appearances are the most by any “multiseason” athlete in the Games.

Hashimoto made even more history on Thursday in Japan, where women are still rare in the boardrooms and positions of political power.

Hashimoto, 56, was named as president of the Tokyo Olympic organizing committee after a meeting of its male-dominated executive board. She replaces Yoshiro Mori, the 83-year-old former Japanese prime minister who was forced to resign last week after making sexist comments about women.

Essentially, he said women talk too much.

“Now I’m here to return what I owe as an athlete and to return back what I received,” she told the board, speaking through an interpreter in Japanese.

Hashimoto had been serving as the Olympic minister in the cabinet of Prime Minister Yoshihide Suga. She also held a portfolio dealing with gender equality and women’s empowerment. She said she would be replaced as Olympic minister by Tamayo Marukawa.

“As the background to my selection, I understand that there is a gender-parity-related factor,” she said. She said she hoped to work on the issue but was not specific.

Japan-born Naomi Osaka, speaking about Hashimoto after her semifinal tennis victory over Serena Williams at the Australian Open, said news of Hashimoto taking over as Tokyo Olympic president was a sign that “barriers are being broken down.”

“I think for me, what it means is that there’s a lot of things I think people used to accept the things that used to be said, but you’re seeing the newer generation not tolerate a lot of things,” Osaka said.

“I feel like it’s really good because you’re pushing forward, barriers are being broken down, especially for females. We’ve had to fight for so many things just to be equal. Even in a lot of things we still aren’t equal. Yeah, I thought that was a good thing.”

Hashimoto is tied to the Olympics in many ways. She was born in Hokkaido in northern Japan just five days before the opening ceremony of the 1964 Tokyo Olympics. Her name “Seiko” comes from “seika,” which translates as Olympic flame in English.

According to widely circulated reports in Japan, Hashimoto was reluctant to take the job and was one of three final candidates considered by a selection committee headed by Fujio Mitarai, 85, of the camera company Canon.

The selection committee met for three consecutive days, a rushed appointment with the postponed Olympics opening in just over five months in the middle of a pandemic and facing myriad problems.

Polls show about 80% of Japanese want the Olympics canceled or postponed again. There is fear about bringing tens of thousands of athletes and others into Japan, which has controlled the coronavirus better than most countries.

There also is opposition to the soaring costs.

The official cost is $15.4 billion, though several government audits say the price is at least $25 billion, the most expensive Summer Olympics on record according to a University of Oxford study.

Naming a woman could be a breakthrough for gender equality in Japan, where females are underrepresented in boardrooms and in politics. Japan ranks 121st out of 153 countries on the World Economic Forum’s annual gender equality ranking.

Mori, before stepping down, tried to offer the job last week to 84-year-old Saburo Kawabuchi, a former head of the country’s soccer federation. But reports of the behind-closed-door deal were widely criticized by social media, on Japanese talk shows, and in newspaper reports.

Hashimoto is not without her critics. A Japanese magazine in 2014 ran photographs of her embracing figure skater Daisuke Takahashi at a party during the Sochi Olympics, suggesting it was sexual harassment. She later apologized, and Takahashi said he did not feel harassed.

Two other former Olympians also were reported to have been in the running for Mori’s job: Yasuhiro Yamashita, the president of the Japanese Olympic Committee who won gold in judo in 1984, and Mikako Kotani, who won two bronze medals in synchronized swimming at the 1988 Seoul Olympics.

Kotani is the sports director for the Tokyo Olympic organizing committee. That committee’s leadership is dominated by men, who make up 80% of the executive board.

Japan began to roll out vaccines on Wednesday, a critical move that might boost the Olympics. It is several months behind Britain and the United States.

Widespread vaccination is unlikely in Japan when the Olympics open on July 23 with 11,000 athletes, followed by the Paralympics on Aug. 24 with 4,400 athletes. The plan is to keep the athletes in a bubble at the Athletes Village, at venues and at training areas. The IOC has said it will not require participants to be vaccinated, but is encouraging it.

In addition to the athletes, tens of thousands of officials, media, sponsors and broadcasters will also have to enter Japan. Many of them will operate outside the bubble in an Olympics that is to be driven by television and the billions the IOC receives from selling broadcast rights.

The first challenge for Hashimoto could be pulling off the torch relay that begins March 25 in northeastern Japan. It will crisscross the country with about 10,000 runners, and end at the opening ceremony in Tokyo.