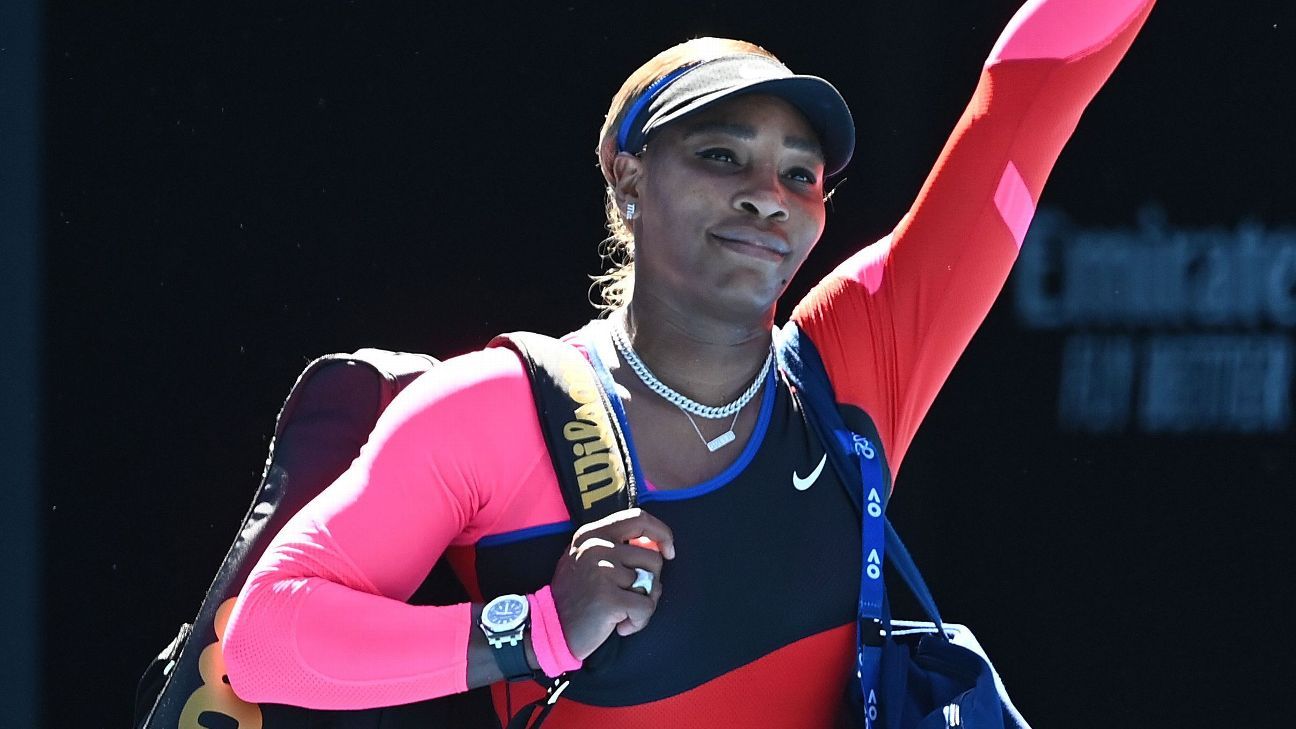 
MELBOURNE, Australia — Twenty-three-time Grand Slam champion Serena Williams walked out of her postmatch news conference in tears Thursday after her loss to Naomi Osaka in the Australian Open semifinals.

Osaka defeated Williams 6-3, 6-4 to advance to her second final in three years at Melbourne Park, leaving the American still searching for her record-equaling 24th major title.

Williams, 39, put her hand on her heart as she left the court. At the news conference, she was asked what was going through her mind as she walked off.

“I don’t know. The Aussie crowd is so amazing, so it was nice to see,” Williams said, referencing the standing ovation she received when walking from Rod Laver Arena.

Asked if having her hand on her heart was her way of saying farewell, Williams responded, “If I ever say farewell, I wouldn’t tell anyone.”

Shortly after, Williams was asked what caused her unforced error tally to rise against Osaka. Williams struck 24 errors across the two sets, easily the most from any match she had played this tournament.

“I don’t know … I’m done,” she said, before putting her head in her hand and leaving the interview podium in tears.

Williams did not return to finish the news conference. However, she took to Instagram a short while later to address “Melbourne and my Australian fans.”

This year was the first time Williams had reached the semifinals in Melbourne since she won the title in 2017. She hasn’t won a Grand Slam title since, but she has reached the last four at a major on six occasions.

Novak Djokovic was asked about Williams after he won his semifinal match.

“She’s such an amazing champion that inspires both male and female athletes around the world in what she has been doing,” he said. “I mean, still is doing in her age, extraordinary. I mean, you know, I’m sure she’s disappointed.”

He added: “But I think when you see a larger picture for her and everything that who she is, what she stands for on and off the court, it’s — I mean, she’s one of the greatest ever. I mean, there is no doubt, athletes, not just tennis player.

“I’m just — you know, I’m proud and honored to be playing at the same time she does and to see her greatness, experience her greatness is a thrill.”