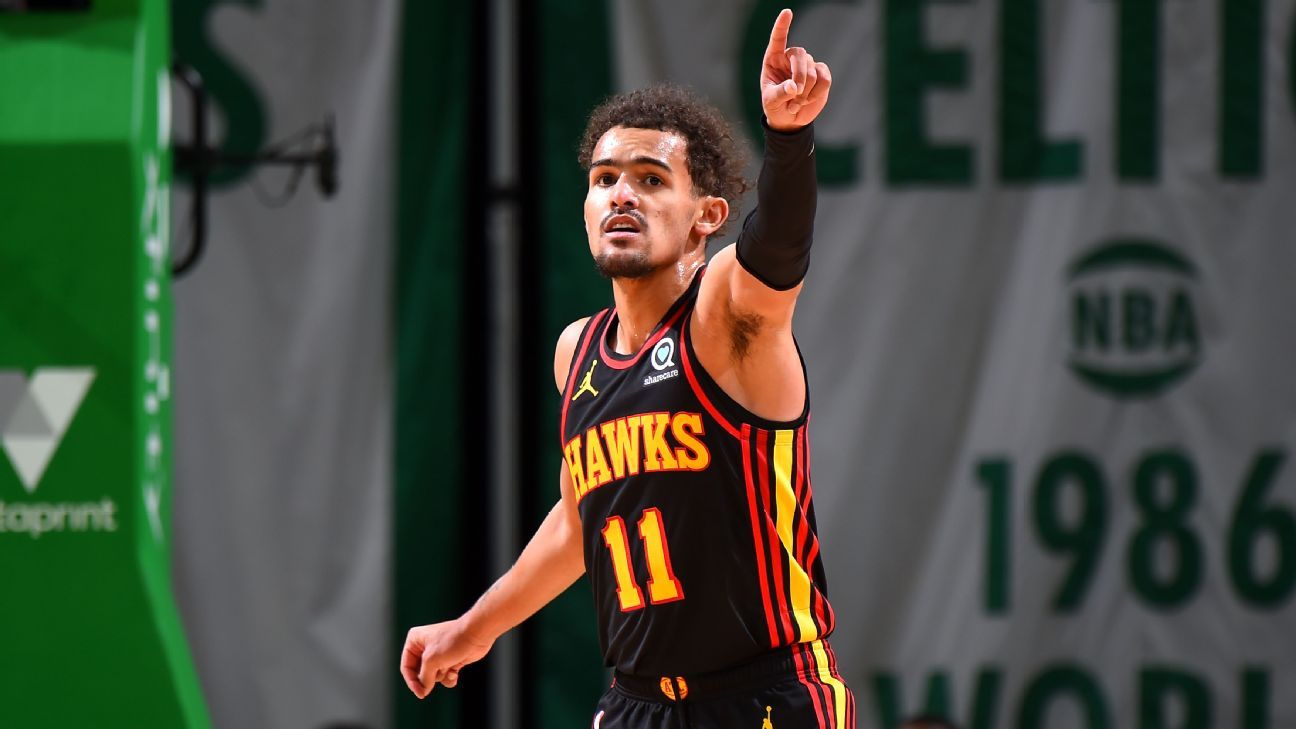 
The NBA will announce the starters for the 2021 All-Star Game on Thursday, and there has been plenty of debate about who should be on its rosters. But Wednesday night, some of the league’s up-and-coming stars took to the court to make their case for a spot in the big game.

Here’s a look at how some of those players fared:

With Atlanta having lost seven of eight entering Wednesday night’s game in Boston — including several that were decided late in the fourth quarter — the Hawks desperately needed to grab hold of, and win, a game they led by nine entering the fourth against the Celtics. Trae Young made sure there wouldn’t be another repeat of those past issues down the stretch in this one, scoring 16 of his 40 points to ensure Atlanta’s victory, 122-114.

Trae Young finished with 40 pts tonight in a win vs the Celtics.

He is the 5th player in NBA history to record at least 15 career 40-point games at the age of 22 or younger joining Rick Barry, LeBron James, Kevin Durant & Shaquille O’Neal pic.twitter.com/aWOjfJNI5x

Young tallied 12 straight points for Atlanta in the middle of the fourth quarter, including on two drives that resulted in layups — one on which Boston committed goaltending — that pushed Atlanta’s lead back out to 10 points after the Celtics had cut it to six. With Marcus Smart, Boston’s lone quality point guard defender, sitting out due to a calf injury, Young got wherever he wanted throughout the contest, wreaking havoc on Boston’s defense.

“That’s what we’ve been talking about with Trae,” Hawks assistant coach Nate McMillan said. “He has to show that growth of managing a game, whether we’re up or down in the fourth quarter. We talked about his turnovers, and I thought he did a good job tonight, when we didn’t have anything early, getting us organized and executing down the stretch. Taking what the defense gave him. I didn’t realize he had 40 points, but he just did a good job of managing the offense, as well as the defense. I thought he established a tempo we wanted and did a good job of executing down the stretch.” — Tim Bontemps

“It’s snowing in Boston for a reason. @TheTraeYoung is here.” 🥶 pic.twitter.com/r4z7c21S8w

On a night when no one else for the Celtics had it going, Jayson Tatum single-handedly kept Boston in the game, finishing with 35 points on 11-for-21 shooting and 10-for-11 from the foul line to go along with six rebounds and six assists in 35 minutes. Tatum needed an effort like this, as his play had slumped recently. He had said before Tuesday’s win against the visiting Denver Nuggets that he was still feeling the aftereffects of testing positive for COVID-19 last month.

With Kemba Walker sitting out the second half of a back-to-back and Marcus Smart out with a calf strain, Boston was really down to just Tatum and Jaylen Brown as far as players who can either create their own shot or ones for others. That imbalance has been a problem for Boston all season long and part of the reason the Celtics are now 14-14 on the season — despite Tatum and Brown likely headed for All-Star berths — after losing to Atlanta.

“Anything worth achieving doesn’t come easy,” Tatum said. “We’re 14-14. It hasn’t been easy. But we believe, we believe in each other, we believe in ourselves, and we’re going to figure it out.” — Tim Bontemps

Wednesday’s performance from the New Orleans Pelicans’ Zion Williamson was another case of the 20-year-old becoming more and more comfortable as his burgeoning career takes shape. Williamson tied his career high with 36 points and added six boards and four assists against Portland, a 126-124 loss to Damian Lillard and the visiting Trail Blazers. Williamson was 12-of-18 from the field and 11-of-15 from the foul line.

In his past nine games, Williamson is averaging 28.1 points on 69.3% shooting from the field and 78.9% from the foul line to go with 5.2 rebounds and 4.7 assists. His playmaking is evolving — the Pelicans are 6-0 this season when he has at least five assists — and his outside game is taking a step forward, as well, as he has hit at least one 3-pointer in five of his past 11 contests.

“My teammates trust me to go out there and make the best play for them,” Williamson said. “We put ourselves in a great position to win the game. Me being in that position, I’m always ready. When my name is called, I’m always gonna be ready. I never wanna let my teammates down. Tonight, it doesn’t always work that way. But it’s these moments that’s gonna drive us to be better.” — Andrew Lopez

In what has been a breakout season, Zach LaVine scored 37 points on 14-of-22 shooting, including 4-of-6 from 3-point range, on Wednesday. More importantly, he keyed a huge comeback that led to a Bulls win over the visiting Pistons. LaVine posted 15 points in the third quarter to help Chicago come back from a 25-point, second-quarter deficit. Chicago outscored Detroit 27-12 in the third quarter and went on to prevail 105-102.

At 28.5 points per game, LaVine is averaging nearly three points more than his previous career high, as he has taken his offensive game to a new level. Overall, he is shooting 52% from the field and 43.7% from beyond the arc, both career bests by a healthy margin.

“The most enjoyable part of the comeback was us being more competitive and aggressive,” LaVine said. “I think we played with some, not desperation, but we knew we couldn’t make a lot of mistakes. And we needed to go out there in the third quarter and play the right way from the get-go or we weren’t going to have a chance to win.”

Australian Open 2021 – Serena Williams’ loss to Naomi Osaka sparks questions about future, but not about her legacy