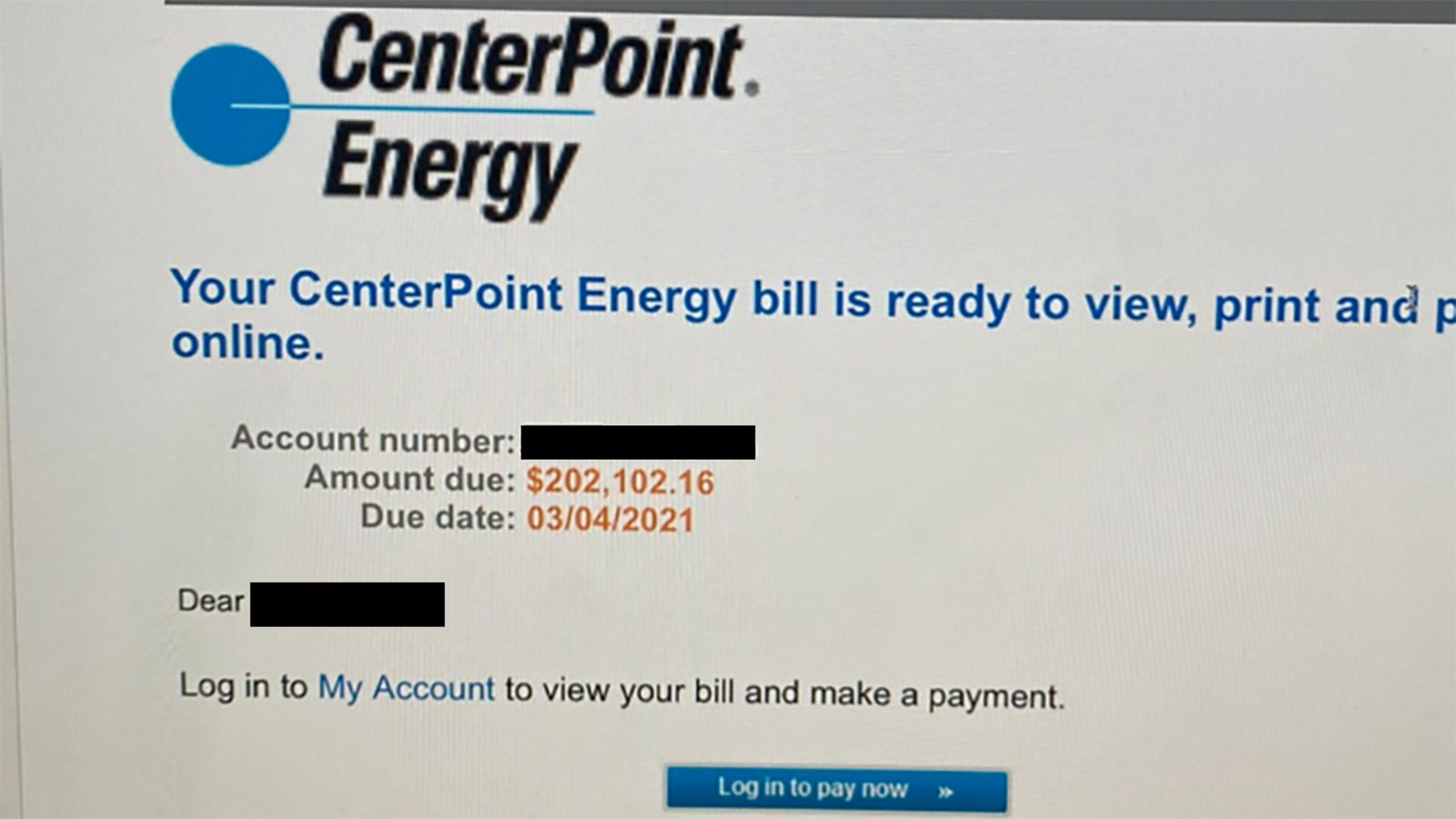 CenterPoint is warning its customers of an incorrect email going around claiming they owe thousands of dollars on their bill.

They added: “Customers do not owe this amount. We’ll update our customers and media once we have a resolution.”

Just two hours later, a company spokesperson told ABC13 the emails were sent in error “due to a recent technical issue caused by the Houston-area power outage.”

They promised to update customers later this afternoon.

Earlier in the week, Houston police warned residents about people pretending to be CenterPoint Energy workers in order to get into customers’ homes.

“We have reports of scofflaws impersonating [CenterPoint Energy] employees to gain access to homes to victimize occupants,” wrote Chief Art Acevedo. “Restoring outages in our area due to severe weather does not require entering residences.”

On Tuesday, the Electric Reliability Council of Texas warned scammers are also taking to social media to prey on the vulnerable, asking energy customers to text their private account numbers.

ERCOT said it does not need any information from customers affected by the outages to get the power back on.

The video above is from a previous story.