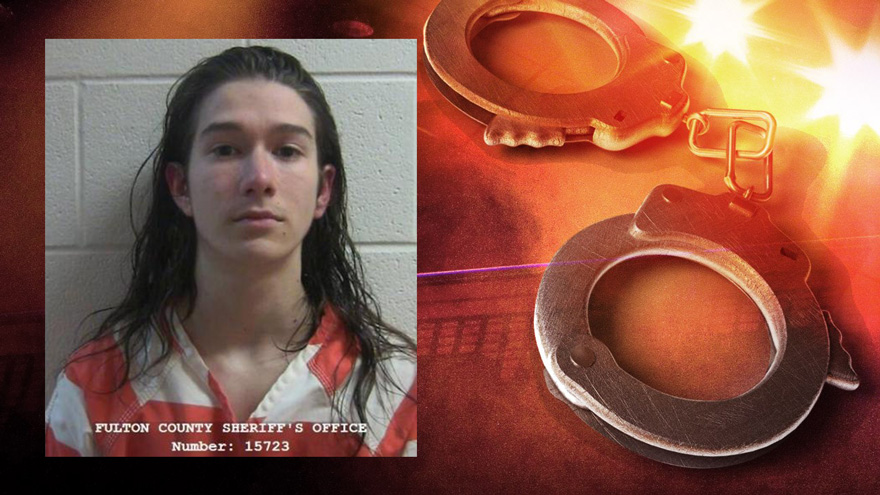 
FULTON COUNTY, Ind. — One of the teens accused of planning a ‘Columbine style’ school massacre has changed his plea as part of a plea agreement, according to the Fulton County Prosecutor’s Office.

Donald Robin Jr agreed to plead guilty to conspiracy to commit murder during a hearing on Monday.

Robin will be sentenced March 8.

Jon Schultz IV has a hearing scheduled in April and his trial is scheduled for June.

A confidential informant told Rochester Police in July 2020, that Schultz and some of his friends were planning a school massacre, according to the probable cause affidavit.

Schultz allegedly said he couldn’t wait for school to start to “kill a bunch of kids.”

In June 2020, Schultz and Robin were messaging each other when Robin wrote, “but im killing myself after i kill a bunch of people,” and “we’re peacin out when we kill a bunch of human scum,” according to the probable cause affidavit.

Robin allegedly wrote to someone else in 2019, “Can I tell you something that I actually had an itch for when I used to go to school,” and “I was almost a school shooter.”

Robin also wrote during that 2019 conversation that when he was in the eighth grade he was depressed, suicidal and homicidal and decided he would “shoot up” Rochester Middle School, but talked himself out of it.

Also in a 2019 conversation, Robin wrote that his father had recently acquired an AR15, so one day he put the AR-15 and 12 magazines in a duffle bag, in preparation, according to the probable cause affidavit. Robin said he sat outside for approximately 30 minutes and talked himself out of doing it, but had planned to kill 100 or more people, then kill himself, court records said. He decided it was too risky because of the new security the school had put in place.

In another conversation, Robin allegedly discussed shooting everyone at Caston High School, and that he wanted “everyone dead there” and at Rochester High School, according to the probable cause affidavit.

Taiwan blames ‘external forces’ for blocking BioNTech Covid-19 vaccine deal. China says it had nothing to do with it