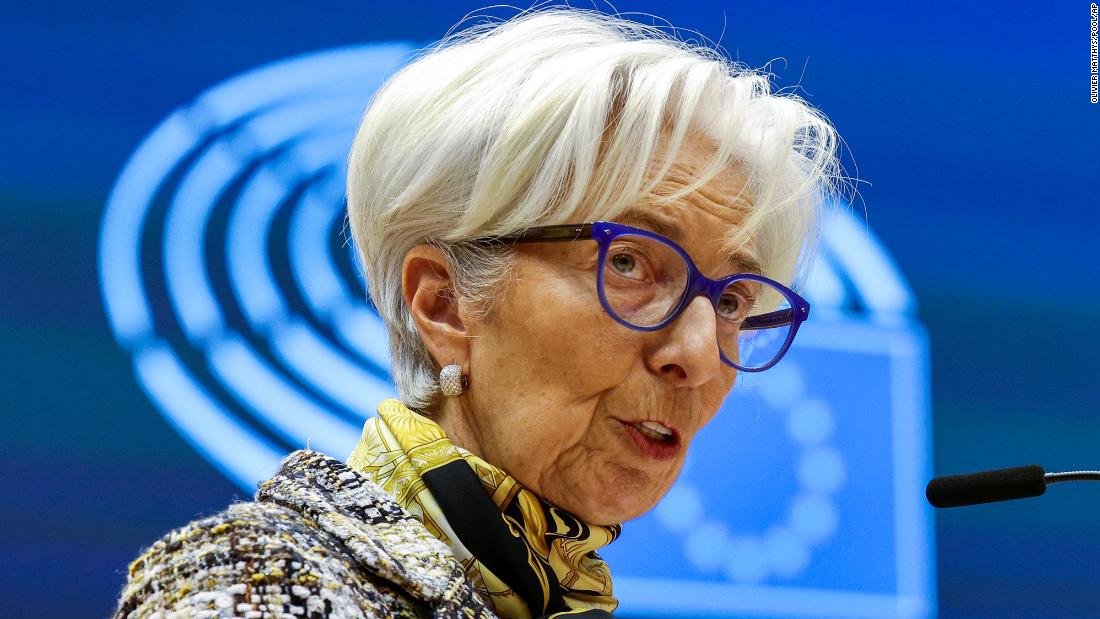 The European Central Bank president told CNN Business’ Richard Quest on Thursday that her biggest fear isn’t that the European Union will accumulate a mountain of debt, but that governments could “brutally” withdraw job guarantees and income support before the time is right.

Such programs, she said, must be eased “gradually” and with care.

“That’s the moment which I think is the most difficult, the most subtle, and where judgment will have to be applied,” Lagarde said in the interview, which will air on CNN International’s “Quest Means Business” show at 3:00 p.m. ET.

Governments unleashed trillions of dollars in relief spending over the past year to cushion the economic blow dealt by the Covid-19 pandemic, adding to unprecedented support from central banks like the ECB. European leaders also approved a €1.8 trillion ($2.2 trillion) recovery package and budget to help strengthen the bloc’s economies once the crisis passes.

But Lagarde emphasized that even as the economy starts to improve and the recovery takes hold, politicians should not withdraw support prematurely.

In its most recent forecast, released in December, the central bank predicted that Europe’s economy will expand by 3.9% in 2021, with output reaching pre-pandemic levels by the middle of 2022.

Lagarde noted that such forecasts hinge in large part on the vaccine rollout, which got off to a slow start in the European Union.

Late last month, a fight between EU leaders and AstraZeneca (AZN) spilled into public view after the vaccine maker said it would be delivering fewer doses than promised.

“We have vaccines — more by the week, which is good. They’re being manufactured, they’re being distributed,” Lagarde said. “But people are not yet vaccinated. So it’s going to take a while until we have this herd immunity, which will not be in and of itself satisfactory because we have the variants.”

The other key, said Lagarde, will be implementation of relief programs. While EU fiscal rules have been relaxed, richer member states are handing over money and Brussels is borrowing on behalf of struggling countries like Italy and Spain, “money needs to roll in the course of [2021].”

“We have this extraordinary move from the Europeans altogether deciding to borrow together,” Lagarde said. “But it’s now a question of delivering.”

Tech promises to make your life better. Does it?