Taiwan blames ‘external forces’ for blocking BioNTech Covid-19 vaccine deal. China says it had nothing to do with it 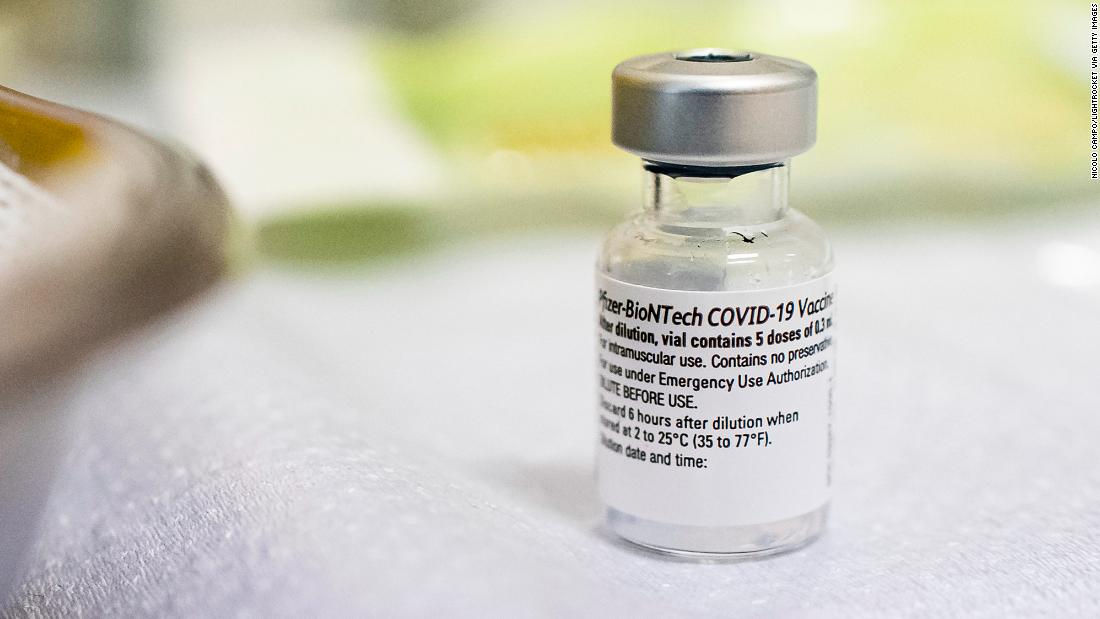 Ma Xiaoguang, a spokesperson for China’s Taiwan Affairs Office, said Thursday it was “purely fabrication” that Beijing had intervened in BioNTech’s vaccine sale to Taiwan, state news agency Xinhua reported.
A day earlier, Taiwanese health minister Chen Shih-chung said in a radio interview that Taiwan and BioNTech were about to sign a deal for 5 million vaccine doses in December, when the company suddenly backed out.

“In the process of (discussing the deal) I had always worried that there would be external forces intervening,” Chen said, without naming any country. “We believe there was political pressure,” he said. “Back then we had already prepared our press release. But certain people don’t want Taiwan to be too happy.”

But Chen said the Taiwanese government had never been in touch with Fosun, and was talking directly with BioNTech in Germany instead. BioNTech also had never asked Taiwan to negotiate with Fosun, he added.

Fosun did not respond to CNN’s request for comment. Leading Taiwanese pharmaceutical company TTY Biopharm, which was involved in talks with BioNTech, declined to comment citing a confidentiality agreement reached between the two firms.

In a statement Thursday, BioNTech said discussions with Taiwan were ongoing. “BioNTech is committed to help bringing an end to the pandemic for people across the world and we intend to supply Taiwan with our vaccine as part of this global commitment,” the statement said.

Concern that political pressure could forestall the deal with BioNTech had kept Taiwanese health minister Chen from publicly discussing it while negotiations were underway, he said in Wednesday’s interview.

At a news conference Thursday, Chen welcomed BioNTech’s statement and called it “an initiative to send goodwill.” “We hope we can carry on and finish our original contract,” he said.

In December, when Taiwan and BioNTech were close to signing the deal, Chen announced in a news conference that the self-ruled island had secured nearly 20 million doses of coronavirus vaccines, including 4.76 million through the COVAX initiative, 10 million from AstraZeneca, and another 5 million from a company “which is completing the final confirmation.”

But soon after that announcement, BioNTech backed out of the deal.

While Chen did not name China, he made a thinly-veiled swipe at Beijing after going off air during a commercial break.

“It’s just like our (attempts to) attend the World Health Assembly,” he said to the host, referring to Beijing’s blocking of Taiwan from participating in the World Health Organization’s annual assembly as an observer since President Tsai Ing-wen took office in 2016.

The stalling of the deal between Taiwan and BioNTech is the latest example highlighting the difficulties in the global distribution of vaccines, which health experts say is integral to ending a pandemic that has killed more than 2.4 million worldwide.
Although several companies have overcome scientific hurdles to develop effective Covid-19 vaccines, distributing them can be a daunting task, at risk of disruption from various business, political and geopolitical tensions.

Beijing claims full sovereignty over Taiwan, a democracy of almost 24 million people located off the southeastern coast of mainland China, despite the fact that the two sides have been governed separately for more than seven decades.

Chinese President Xi Jinping has vowed that Beijing will never allow the island to become fully independent and has refused to rule out the use of force if necessary.

On Thursday, China’s Foreign Ministry hit out at Taipei, accusing it of “using the pandemic as an excuse to engage in political manipulation and hype up political issues.”

“The Democratic Progressive Party should … do some real things to promote the health and well-being of the people in Taiwan,” Chinese Foreign Ministry spokesperson Hua Chunying said at a briefing.

Taiwan has been a rare success in the fight against coronavirus, thanks to its swift action to ban incoming travel from mainland China at the onset of the outbreak in Wuhan, as well as imposing strict border controls and quarantine requirements throughout the pandemic. As of Friday, the island had only reported nine deaths and fewer than 1,000 infections — the majority of which were imported cases.

But when it comes to vaccination, Taipei has fallen behind many other Asian governments. Chen previously told Taiwan’s state-run Central News Agency that the island could possibly start offering Covid-19 vaccines in June. Thanks to its successful containment of the virus, Taiwan faces less pressure for a speedy rollout of mass vaccination, in contrast to hard-hit countries like the United States and Britain.

China meanwhile has promised to make its vaccines a “global public good.” The Chinese government said this month that it was providing vaccine aid to 53 countries, and had been exporting doses to 22 nations. Taiwan is not on the list of those recipients.