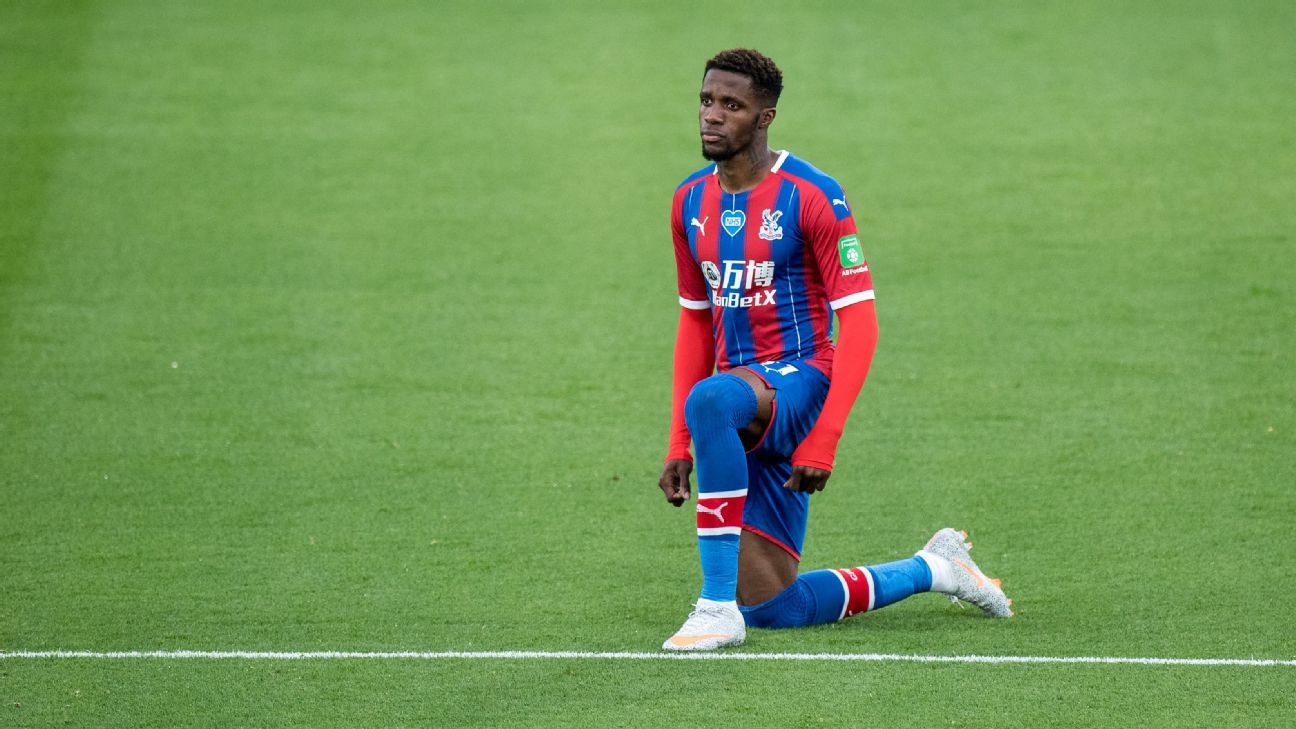 
Black Lives Matter UK have supported the claim made by Crystal Palace forward Wilfried Zaha that taking a knee before each football match is losing its impact.

Most players across all divisions in England have taken a knee since football’s return post-coronavirus lockdown in an attempt to show solidarity with the fight against racism and discrimination.

Zaha had said he felt the gesture was “degrading” and that it was being done to “tick boxes,” while Brentford’s Ivan Toney has said players are being “used as puppets” in taking a knee and that the gesture allows “people at the top” to rest on the subject.

A tweet from the Black Lives Matter UK page read: “We think Wilfried Zaha has a point. Taking the knee without political action is not enough.

“We are grateful for the symbolic gestures of solidarity but let’s not mistake them for real change.

Recently, there has been an increase in racist abuse received by Premier League footballers on social media.

“The whole kneeling down — why must I kneel down for you to show that we matter,” Zaha had said on Thursday. “Why must I even wear Black Lives Matter on the back of my top to show you that we matter? This is all degrading stuff.

“When people constantly want to get me to do Black Lives Matter talks and racial talks and I’m like, I’m not doing it just so you can put ‘Zaha spoke for us.’ Like a tick box, basically.

“I’m not doing any more because unless things change, I’m not coming to chat to you just for the sake of it, like all the interviews I’ve done.

“All these platforms — you see what’s happening, you see people making fake accounts to abuse Black people constantly, but you don’t change it.

“So don’t tell me to come and chat about stuff that’s not going to change. Change it. All that stuff that you lot are doing, all these charades mean nothing.”