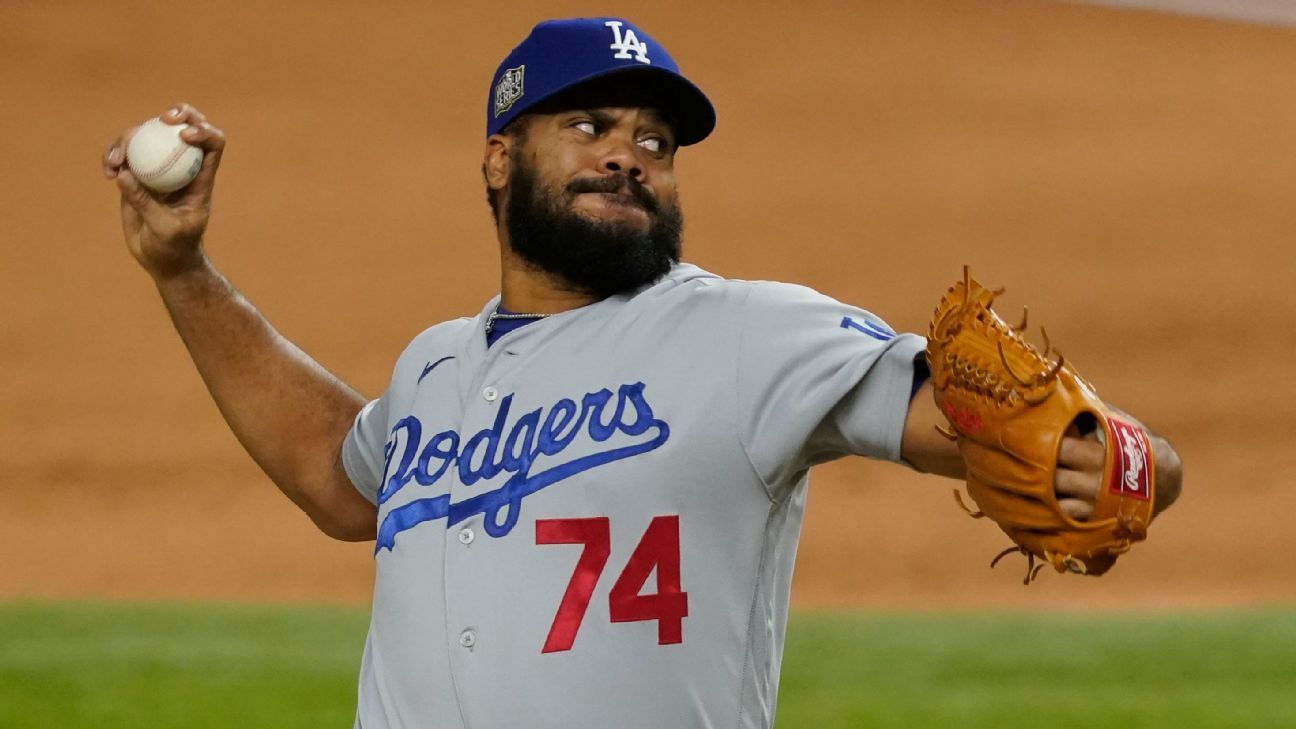 
Kenley Jansen watched from the bullpen as Julio Urias, a 24-year-old starting pitcher, preserved a two-run lead and recorded a save in the Los Angeles Dodgers’ long-awaited championship clincher last fall. Jansen, a three-time All-Star, had proved too unreliable in the postseason, leaving outsiders to wonder if his reign as the Dodgers’ closer had finally come to an end.

Not yet, it seems.

“I believe we’re at our best if Kenley is closing for us,” Dodgers manager Dave Roberts said Thursday after the team’s first official workout of the year in Phoenix. “But with that said, we have a lot of great, viable options to finish a game. So right now, that’s kind of where it’s at. And Kenley looks fantastic. As I sit here right now, I expect him to close that first game out of the season.”

Jansen’s 14 regular-season blown saves over the past three years are one short of the major league lead, but the Dodgers don’t possess any obvious replacements as Jansen heads into the final season of his contract.

Urias is expected to claim a spot in the Dodgers’ loaded rotation, while Dustin May and Tony Gonsolin — on the outside looking in with Trevor Bauer added to the mix — will also be stretched out as starters. Blake Treinen and Brusdar Graterol have good stuff but didn’t boast the elite strikeout rates teams typically prefer for the final inning of close games last season. And Corey Knebel, the bullpen’s biggest outside addition, is three years removed from being an elite reliever.

Jansen, 33, allowed 11 runs (nine earned) in 24⅓ innings last year, but eight of those runs came in back-to-back appearances near the middle of September. Among pitchers with at least 50 batted-ball events last season, Jansen allowed the third-lowest average exit velocity.

“I don’t think he was pitching his best in the postseason, but this is a new year,” Roberts said. “I expect him to have a great year, and so for me, I think he’s earned that opportunity to start out as our closer. But at the end of the day, I want the guys that are pitching the best to finish the game. And Kenley understands that, too.”