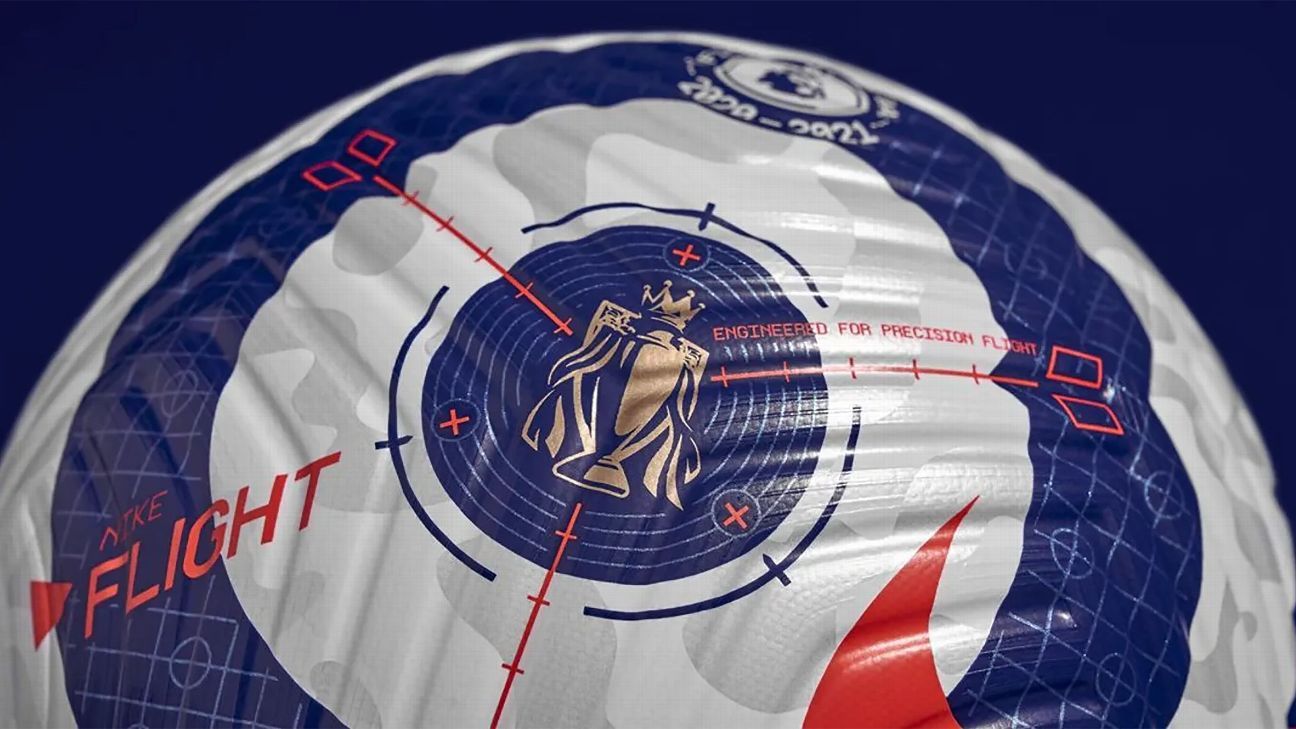 
The Premier League has revealed the official match ball that will be used to play out the remainder of the 2020-21 season.

With just a few months of the campaign left to play, the new Nike Flight will be used across all games from Friday, Feb. 19 — starting with Leeds United’s trip to take on Wolverhampton Wanderers at Molineux.

The Flight ball has been in use in the Premier League all season, with 634 goals being scored using its two previous designs — the original white/crimson design from the start of the campaign, and the hi-vis yellow version that was deployed over the winter months.

However, the third and final edition of the 2020-21 Flight is a little different, in that it features a special retro design that functions as a nod to a classic Nike match ball of yesteryear.

The target-shaped graphics used on the Flight are a deliberate reference to the Total 90 Aerow ball which was a staple of the English top flight between 2004 and 2008.

This is the second consecutive season that Nike have provided three different match ball designs over the course of a campaign, with the Merlin ball used in 2019-20 also being deployed in a trio of colourways.

While the first Premier League match balls were provided by Mitre (the Promax between 1992-1995, and the Ultimax between 1995-2000), Nike have been the league’s official ball suppliers since the 2000-01 season.

Here are six pivotal designs that have featured in the English top flight since then, charting in chronological order the evolution.

The first Nike Premier League ball came with a fairly traditional design. Predominantly white with stately blue and gold trim, and the classic league logo, the Geo Merlin was introduced as the “roundest, fastest, most-accurate” ball ever made.

The Vapor was in use when Premier League clubs combined to score 1,000 goals in a single season for the very first time, during 2002-03. Arsenal contributed more goals (85) than any other side in the division.

It was also the very ball an 18-year-old Wayne Rooney used to announce his grand arrival on the Premier League scene by thrashing one past David Seaman to score on his Everton debut in October 2002.

…from introducing himself for @Everton v Arsenal… pic.twitter.com/AvtN2CNuPf

With its trademark “target” graphic, the Aerow became synonymous with the true halcyon days of the Premier League, as the likes of Wayne Rooney, Thierry Henry and Didier Drogba all hit their respective peaks.

A total of 975 goals were scored with the Aerow I ball, with Arsenal striker Henry topping the charts with 25 goals while Chelsea, under the guidance of new coach Jose Mourinho, stampeded to the title with a then-record haul of 95 points.

…from introducing himself for @Everton v Arsenal… pic.twitter.com/AvtN2CNuPf

At the other end of the table, West Brom also owe the Aerow I a debt of gratitude after they became the first club in Premier League history to avoid relegation after being bottom of the table at Christmas, narrowly escaping the drop on the final day.

It was also the first Premier League match ball to have an alternative hi-vis yellow version for use in inclement weather.

The Aero I was replaced by the Aerow II between 2006 and 2008, which while similar in appearance featured improved casing and air retention.

The Omni was still a Total 90 ball but came with new arched panels to improve roundness, and a stripped back visual design that featured simple trident banding around the ball.

The banding was designed to “flicker” when the ball was is motion, thus better allowing players to track the spin and trajectory of the Omni in flight.

Indeed, a fine example of the Omni in flight would be Tottenham midfielder David Bentley’s superb 45-yard volley against Arsenal in one of the all-time classic North London derby fixtures.

#OnThisDay In 2008, Tottenham Hotspur came from 3-1 down against Arsenal at ‘The Emirates’ to snatch a point late on:

The Omni was also the first official ball to use the Premier League’s new tweaked logo, with a large shield placed around the lion.

The ball given the daunting task of following the beloved Total 90 was the Seitiro, which was purpose-made to be the most visually outstanding ball ever to be used in the Premier League.

This was achieved by overlaying several luminous neon “comets” on top of an intensely white, semi-reflective background.

A total of 1,066 goals were scored with the Seitiro, the quickest being Andrea Orlandi’s diving header for Swansea against Wolves in 2012, which came just 22 seconds into the game.

The Seitiro (hi-vis version) was in play when Wayne Rooney painted his derby day masterpiece against Man City in February 2012, dispatching Nani’s deep cross with an overhead kick. 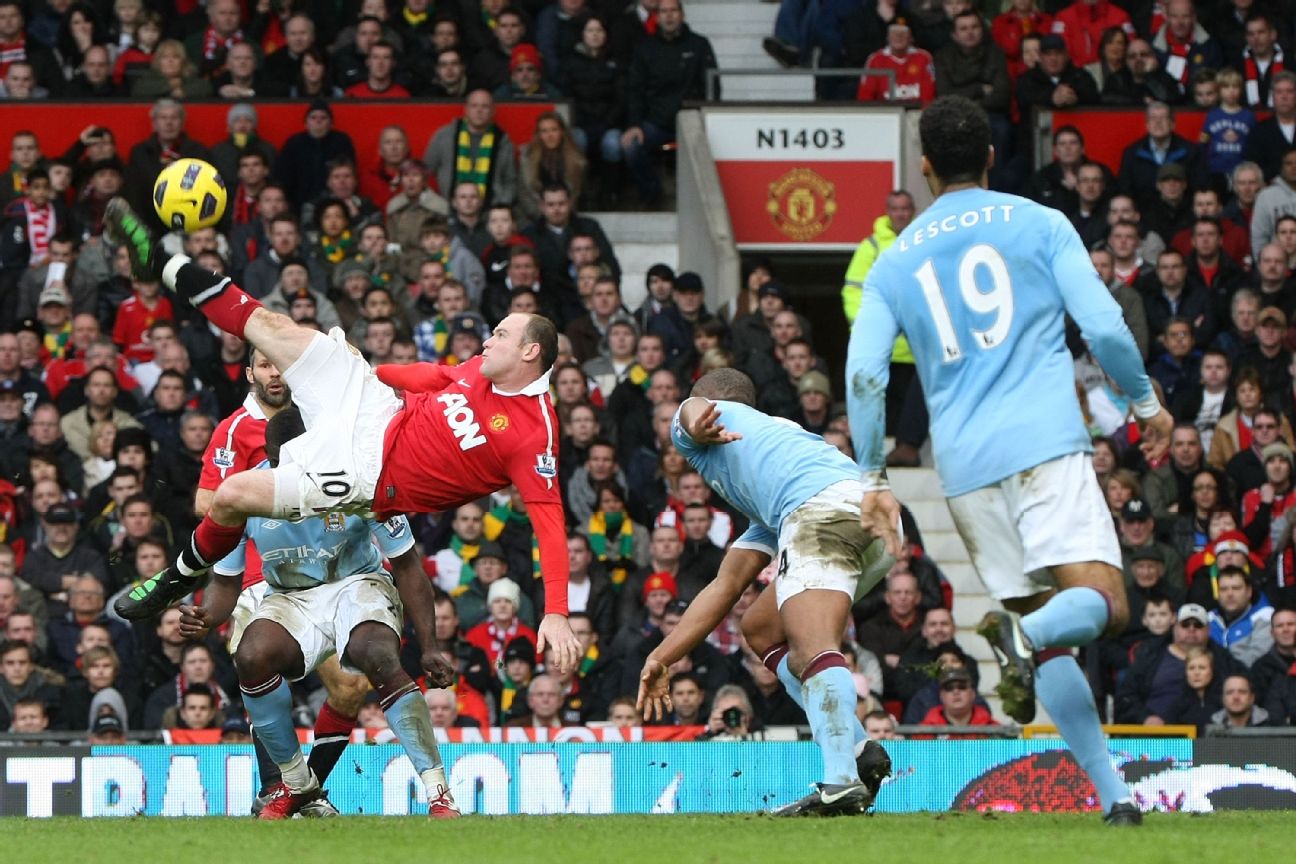 It’s other claim to fame is being the ball that hit the back of the net when Sergio Aguero’s 94th-minute goal clinched Man City’s first ever Premier League title in the final few seconds of the season.

The Seitiro was replaced in turn by the Maxim (2012-13) and Incyte (2013-14), both of which were fairly similar in appearance thanks to their glitchy geometric graphics.

The Ordem had a grooved surface which helped with aerodynamic stability, and the Ordem 3 was in play when Jamie Vardy scored his wonder goal against Liverpool on the way to winning a most unlikely title with Leicester City in 2015-16.


It’s perhaps worth noting that the Ordem 4 was first ball to use the Premier League’s new and improved “lion’s head” logo after the organisation’s visual rebranding in 2016-17.

Otherwise known as the match ball with which Liverpool steamrollered their way to a historic league title under Jurgen Klopp in 2019-20, thus ending a 30-year wait. 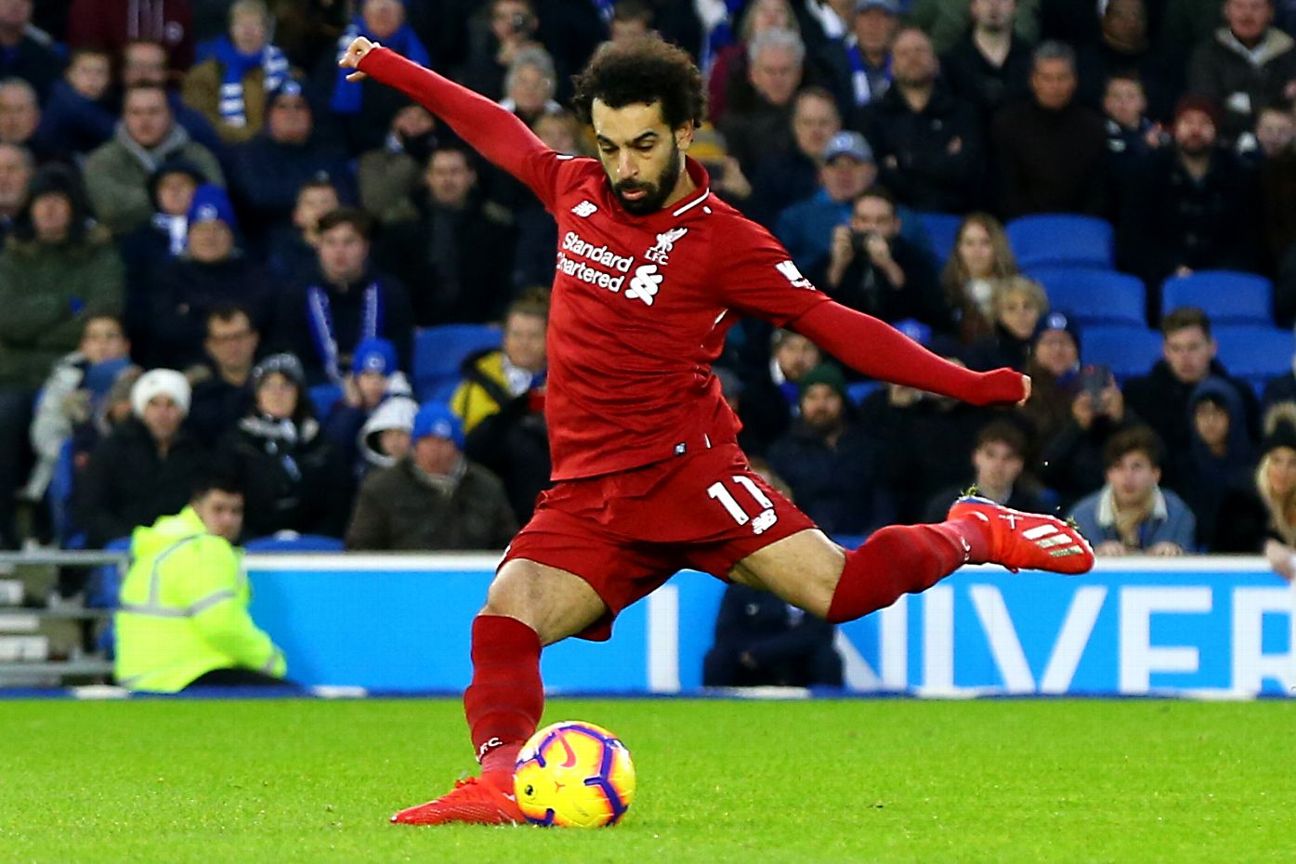 A total of 1,034 goals were scored in the Premier League overall that season, with the Reds accounting for 85 of them and Mohamed Salah helping himself to 17.