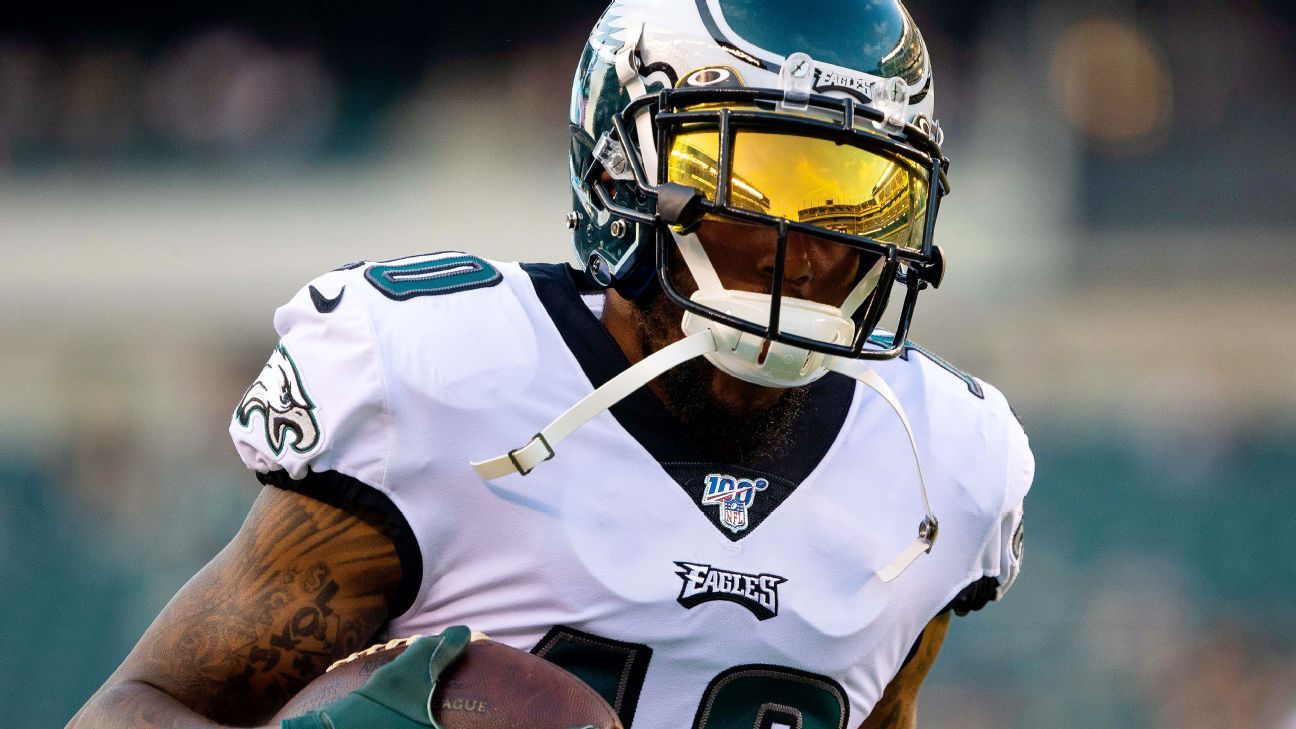 
PHILADELPHIA — Receiver DeSean Jackson has been released by the Philadelphia Eagles, the team announced Friday.

“Looking forward to my next chapter,” Jackson posted on his Instagram story before the announcement was made official. “Philadelphia it’s always Love. Appreciate Everything.”

The Eagles acquired the 34-year-old Jackson from the Tampa Bay Buccaneers in 2019, reuniting the deep-threat receiver with the team that drafted him in 2008.

Jackson fueled the excitement with a pair of 50-plus-yard touchdowns in the 2019 opener against the Washington Football Team, but injuries limited his overall impact the past two seasons. He played in just three games in ’19 because of a core muscle injury, and he missed 11 games this past season with an injured ankle.

Jackson has recorded the most 60-plus-yard touchdowns (24) in NFL history and ranks sixth all time in yards per reception (17.4).

By releasing Jackson, the Eagles are expected to get around $6 million in cap relief. Philadelphia is currently projected to be about $50 million over the 2021 salary cap and will continue to shed salary prior to the start of the league year in March.

Philadelphia is also expected to part with fellow veteran receiver Alshon Jeffery. The Eagles will be left with a young group at wideout led by Jalen Reagor, the team’s first-round pick in 2020, Travis Fulgham, Greg Ward, Quez Watkins and John Hightower.