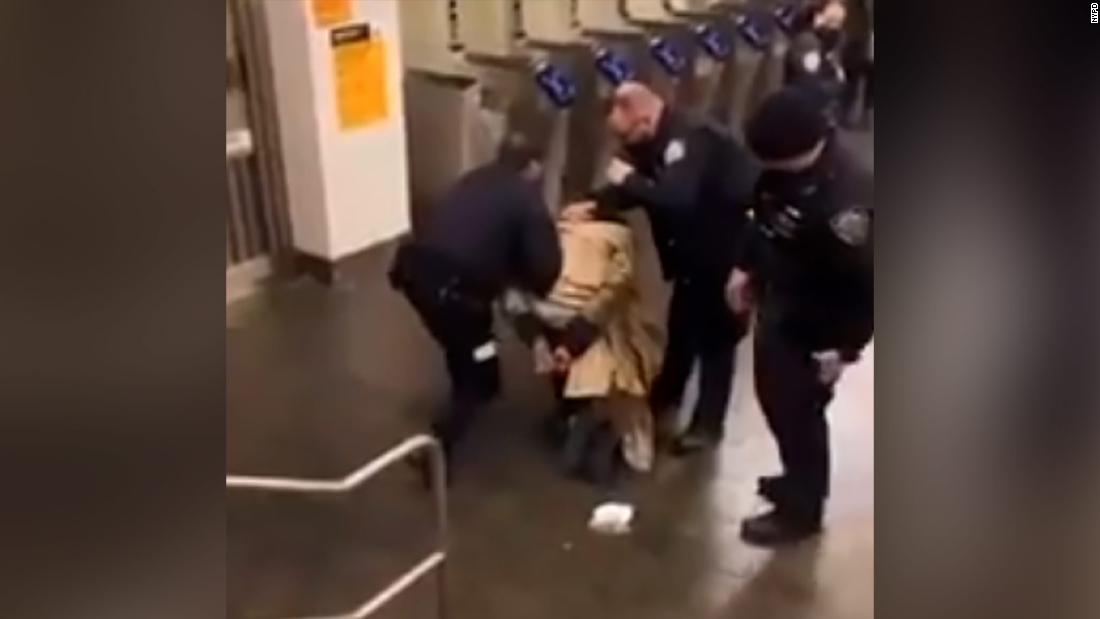 The man, who was not identified, was being escorted from the subway platform on Tuesday for smoking a cigarette, according to the NYPD.

Edited video released by the NYPD shows the suspect being led up subway stairs when he appears to break away from the officers. Moments later, the man and officers are seen coming down the stairs and are then seen on the ground, with one officer appearing to punch at the suspect as others appear to try to control the man. A tweet by the NYPD says the suspect attacked officers.

CNN has not reviewed an unedited copy of the video, and there is no indication of what happened before the video began or during edited portions. There was no clear view of the stairs.

At one point, a bystander’s video also provided by police shows an officer punch the suspect in the face repeatedly while the man is on the ground, restrained by the other officers. The NYPD did not identify the officers involved in the incident.

“Our officers sustained several injuries including a laceration to the ear,” the NYPD said in a tweet.

Patrick Lynch, president of the NYC Police Benevolent Association, said, “These cops were doing exactly what was asked of them: enforcing the transit system rules.”

He said the video being circulated doesn’t portray the full violence of the incident, which he says shows subways have become “truly dangerous … even for police officers.”