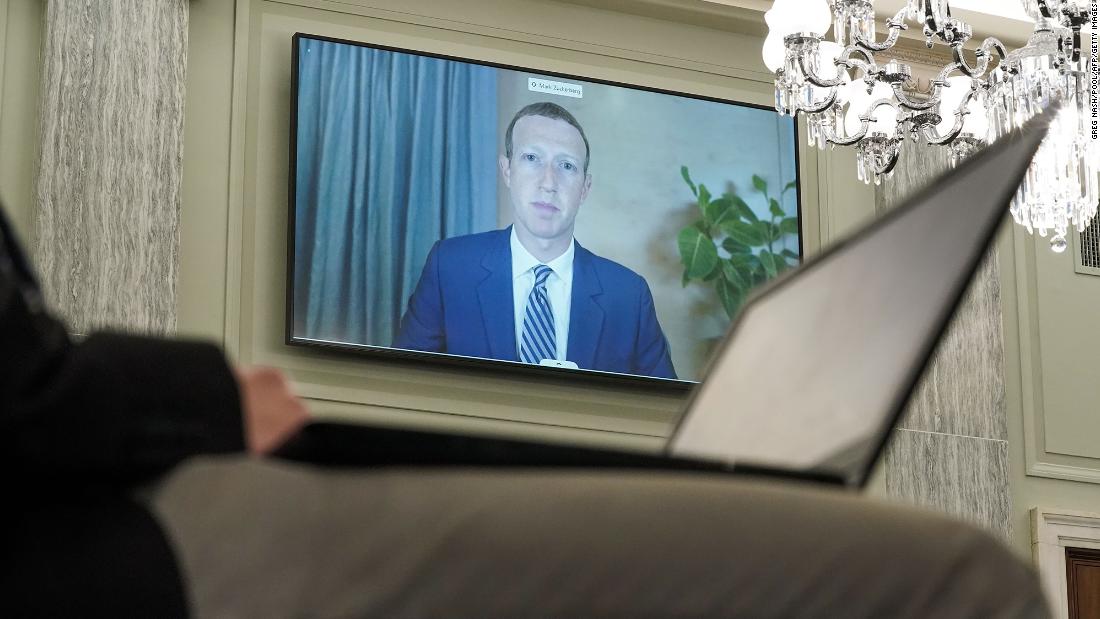 Elected officials and media publishers in the United Kingdom, Canada, Germany and the United States slammed Facebook’s actions on Thursday, suggesting they were anti-competitive and underscored the need for a regulatory crackdown.

“It is one of the most idiotic but also deeply disturbing corporate moves of our lifetimes,” Julian Knight, the lawmaker who chairs the Digital, Culture, Media and Sport Committee in Britain’s parliament, told broadcaster Sky News.

In a statement shared with CNN Business, Knight said that UK lawmakers will use pending legislation aimed at regulating social media companies to ensure platforms such as Facebook promote “trusted news sources.”

“This action — this bully boy action — that [Facebook has] undertaken in Australia will I think ignite a desire to go further amongst legislators around the world,” he added in an interview with Reuters.

David Cicilline, a Democratic congressman from Rhode Island who chairs the House Antitrust Subcommittee, echoed that sentiment. He said that “if it is not already clear,” Facebook’s actions in Australia demonstrate that the company “is not compatible with democracy.”

“Threatening to bring an entire country to its knees to agree to Facebook’s terms is the ultimate admission of monopoly power,” he said in a post on Twitter (TWTR).
Canadian heritage minister Steven Guilbeault said on Twitter that “Facebook’s actions are highly irresponsible and have jeopardized the safety of the Australian people.” “We will continue to move forward to put in place fair legislation between news media and web giants,” he added.

Publishers seized the opportunity to fire shots at the platform, which dominates the digital advertising business along with Google. In Germany, the Federation of German Newspaper Publishers (BDZV) called on governments to restrict Facebook’s influence.

“It is high time that governments around the world limit the market power of gatekeeper platforms,” said Dietmar Wolff, general manager of BDZV. “The fact that a platform simply shuts down pages at will in order to build up political pressure shows where the problem with the American network monopoly lies on the internet,” said Wolff.

The backlash followed a decision by Facebook on Wednesday to bar Australians from finding or sharing news from local and international outlets on its platform, escalating a fight with the government over a new law that will force tech companies to pay news publishers for content posted to their platforms. Sharing news links from Australian publishers is also restricted outside the country.

Facebook (FB) and Google (GOOGL) have tussled with publishers for years over how they display their content. Media companies, which have lost out on billions of dollars in advertising revenue to online platforms, argue the tech giants should pay them for showing their content. Defenders of the platforms say they drive huge audiences to news websites at no cost.
Lawmakers, meanwhile, are already taking steps to curb the power of social media platforms in favor of news organizations. For example, new copyright laws in the European Union led Google to agree to pay French news publishers for their content, in a deal that could be replicated elsewhere.
Facebook’s move came after months of tension with the Australian government over the proposed law, known as the News Media Bargaining Code. The company believes it gives the government too much power to decide the price that platforms pay for news and which publishers are remunerated. Facebook also argues that the proposed law ignores the value that its services bring to publishers.
The extent of Facebook’s influence was made clear when, alongside blocking news content, it inadvertently froze the accounts of fire and emergency services, domestic violence charities, and government health agencies. Facebook is reinstating pages that it didn’t intend to block.
“It’s an illustration of the extraordinary power a private company wields in a public space,” said Rasmus Nielsen, the director of the Reuters Institute for the Study of Journalism. “Many governments and politicians around the world are concerned about that and want more direct political and regulatory oversight over how they wield that power,” he told CNN Business.

“I personally think it’s quite problematic that Facebook has made this unilateral decision without warning or a transition period, but it’s a private for-profit company and they are doing what they believe is in their self interest,” Nielsen added.

What Facebook did is “a classic example of a monopoly power being the school yard bully, trying to protect its dominant position,” added Walker, who is also CEO of Britain’s largest local newspaper publisher, Newsquest.

Both Facebook and Google have debuted programs to pay for news in recent years, as authorities around the world consider new laws to keep them in check. Facebook, for example, created Facebook News, a section of the app featuring curated news stories where selected publishers are paid for participating.

In a bid to get ahead of Australia’s new legislation, Google took a very different approach to Facebook. In recent days, the search engine announced partnerships with some of the country’s largest media organizations, including Robert Murdoch’s News Corp (NWS) and Seven West Media.

Google has signed deals with more than 500 publications worldwide since launching News Showcase, a product that gives publishers control over how their content is presented on the platform. News Corp said in a statement that it would contribute content to News Showcase from publications including the Wall Street Journal and The Times as part of its deal, in exchange for “significant payments” from Google.

But that doesn’t mean the fight with Big Tech is over. News Corp CEO Robert Thomson said earlier this month that “new terms of trade will be introduced” in Australia “but that debate now extends across the globe.”

“There is not a single serious digital regulator anywhere in the world who is not examining the opacity of algorithms, the integrity of personal data, the social value of professional journalism, and the dysfunctional digital ad market,” he said.

Professor Charlie Beckett, the director of Polis, a media think tank at the London School of Economics, said that the danger with arrangements between tech companies and big publishers is that they come at the expense of smaller organizations that don’t have the negotiating clout.

“So if you believe in a diverse, vibrant journalism industry, then this doesn’t seem to be helping that,” he told CNN Business.

“The real loss [to news organizations] has been the fact that advertisers much prefer advertising on Google and Facebook and other networks and are much less interested in advertising on newspaper websites,” said Beckett. “That’s where the big money has been lost and this is not going to replace that money.”