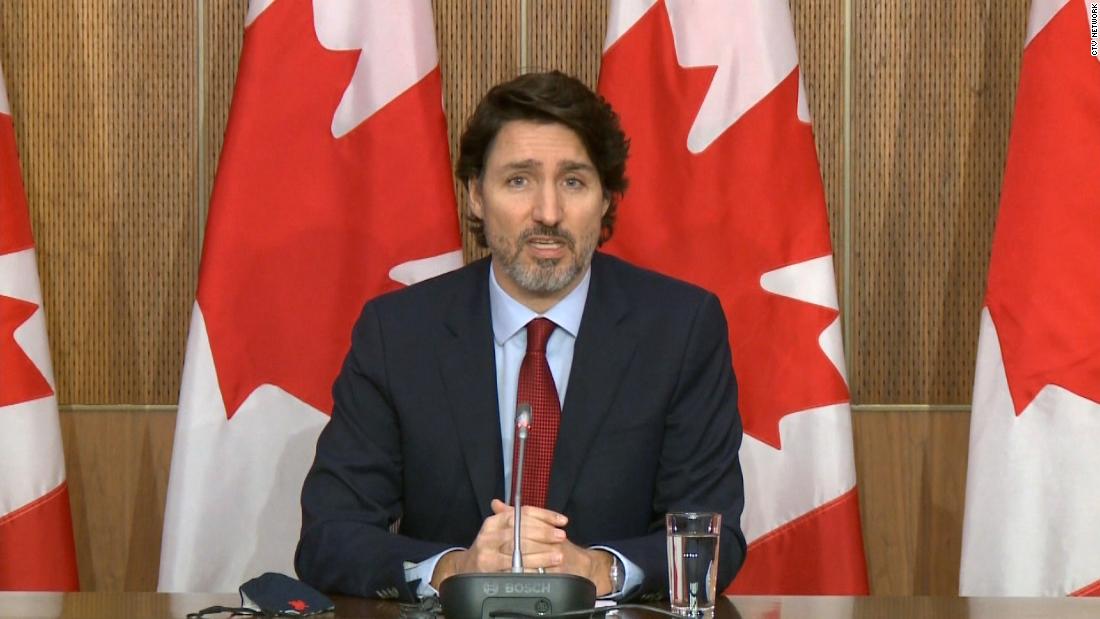 “We have to keep taking strong public health measures,” said Trudeau during a news conference Friday adding, “otherwise we could see a third wave that is even worse than the second or the first, and I know that’s not the news you want to hear.”

Canadian public health officials released alarming new modeling Friday indicating that even current public health measures will not be enough to contain a third wave if fueled by faster spreading variants of Covid-19.

“We need to make sure that, even as provinces look at loosening up certain restrictions, that other restriction are kept in, and there is an ability to … respond quickly when variants appear,” said Trudeau.

The new modeling underscores the fact that “variants of concern” have now been detected in all provinces and continue to spread. Based on the projections released by public health officials, current public health measures would not be enough to contain the spread of the virus by Spring if the new, more contagious variants take hold.

“A resurgence is very likely if people let go of the public health measures right now. What you want to do is to keep avoiding this yo-yoing effect of up and down. You need to avoid complete lockdowns and curfews and all those things by trying to maintain a strong level of public health measures,” said Dr. Theresa Tam, Canada’s chief public health officer at a modeling presentation Friday.

The province of Ontario announced Friday that the city of Toronto and one of its neighboring regions will remain in a lockdown, with a stay-at-home order, until at least March 8 as the threat of new variants spreading continues to concern health officials.

Canada remains quite vulnerable to a third wave as new Covid-19 variants continue to spread and the vaccine rollout remains painfully slow right across the country.

Like other provinces and territories throughout Canada, Ontario has managed to vaccinate the vast majority of residents and staff in long-term care homes. Those residents continue to represent those most vulnerable to Covid-19 in Canada.

“We have not wasted our time while we’ve been in that drought, with a minimal amount of vaccines to use, what we have been doing is preparing for the day when more arrive,” retired General Rick Hillier said at a news conference in Toronto Friday.

General Hillier said his vaccine task force would now prioritize “patient-facing” health care workers, among other at-risk groups and said he expected the scarcity of vaccine doses to improve over the next few weeks.