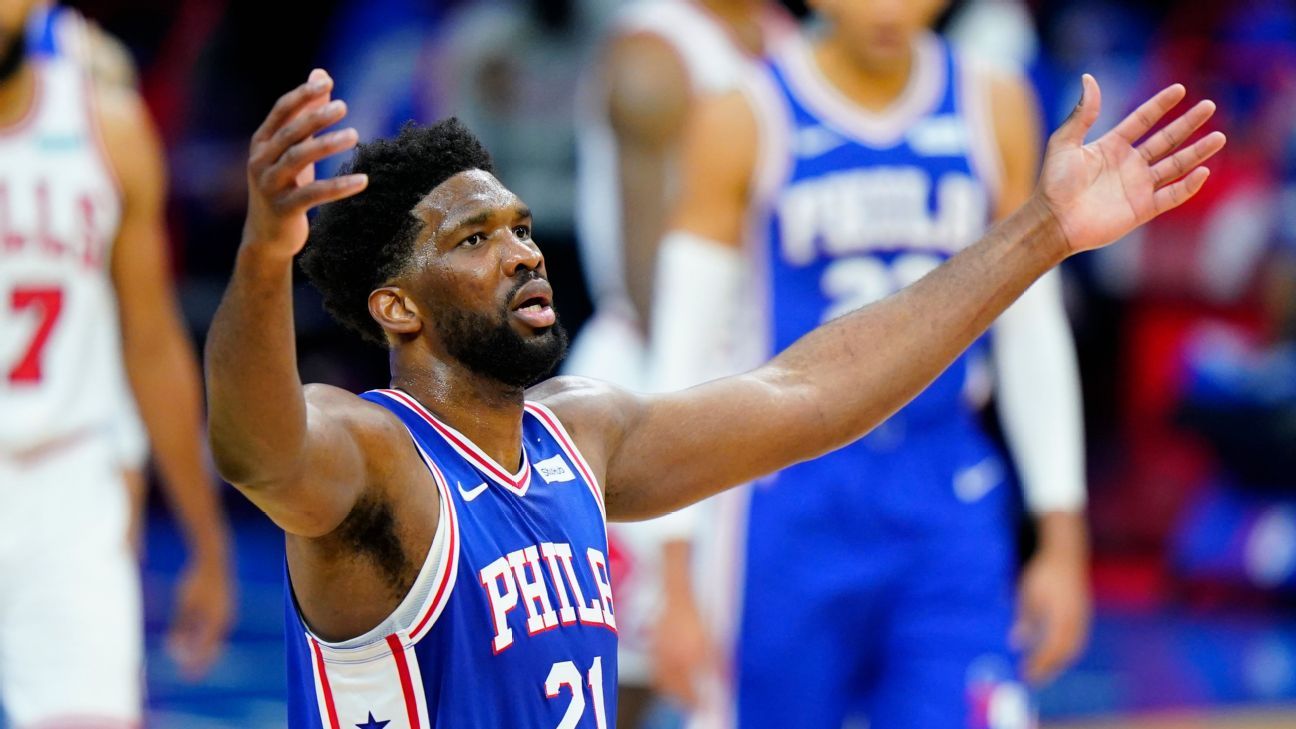 
Denver Nuggets guard Jamal Murray dropped 50, and so did Philadelphia 76ers center Joel Embiid. Both were career highs in scoring.

Murray accomplished his in a 120-103 victory over the Cleveland Cavaliers, while Embiid did it in a win over the Chicago Bulls.

This is the second time this month the NBA had two players score at least 50 points. The last came on Feb. 6 when Stephen Curry and Nikola Jokic did it. Here’s a look at some of the numbers from Murray and Embiid’s epic nights:

Including the playoffs, it was Murray’s third 50-point game of his career. But, his performance Friday was the most efficient. Murray shot 21-of-25 (84%) on field goals. He was 8-of-10 on 3-point attempts.

The 84% shooting was the second-highest shooting percentage in a 50-point performance; Wilt Chamberlain shot 87% in a 53-point game in 1967.

Murray had 20 points in the paint and 20 points from 3-point range. He joins James Harden, Bradley Beal, LeBron James and Kobe Bryant as the only players to do that.

All those points and from different parts of the floor — and none of them came from the free throw line. Murray is the first player in NBA history to score 50 without hitting a free throw. Hakeem Olajuwon and Kareem Abdul-Jabbar each had the previous high of 48 points without a free throw.

The only 76ers’ centers to score 50 points in a game: Moses Malone, Wilt Chamberlain and Embiid.

Overpowering the Bulls, Embiid did most of his damage in the half-court offense. Wendell Carter Jr. and Thaddeus Young weren’t much help defensively against Embiid, allowing him to score 40 of his 45 half-court points. The Bulls tried doubling-teaming Embiid, but he was 6-of-11 shooting when he was double-teamed.

And unlike Murray, Embiid racked up free throws, scoring 15 points from the line.

Mrs. North Carolina, dozens of other pageant contestants stranded since Monday in Texas

Mom speaks out on shooting death of 2-yo son