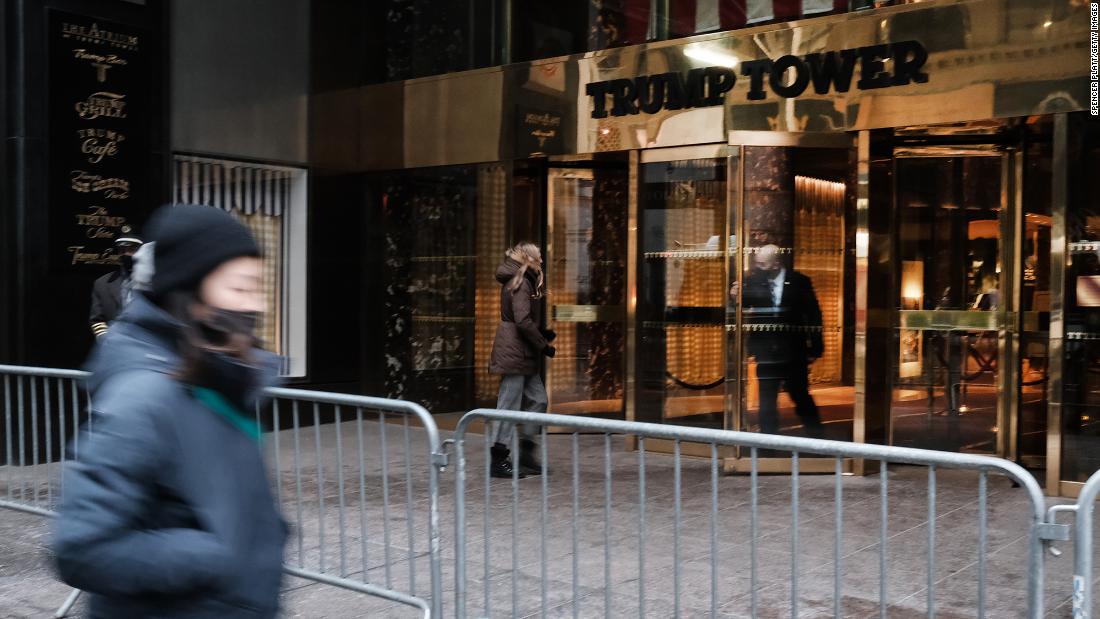 “The New York City Tax Commission has received a subpoena from the Manhattan District Attorney regarding Trump Organization properties,” Laura Feyer, a spokesperson for the New York City Mayor, which also speaks on behalf of the property tax agency’s office, told CNN.

Reuters first reported on the subpoena.

Feyer did not comment further on the matter. The Manhattan District Attorney Cy Vance’s office declined to comment. CNN has reached out to the Trump Organization for comment.

Vance’s office is investigating whether the Trump Organization violated any state laws, including insurance fraud or tax fraud. His team of prosecutors are looking into what the Trump Organization told lenders and tax authorities about the value of its assets and the legality of tax deductions, including from conservation easements and consulting fees the company took.

The Trump Organization has maintained that it has complied with all laws. The company’s general counsel, Alan Garten, told the New York Times last year that “everything was done in strict compliance with applicable law and under the advice of counsel and tax experts” and that “all applicable taxes were paid and no party received any undue benefit.”
Vance’s investigation, which began in earnest in August 2019, includes allegations made by former Trump attorney Michael Cohen that the Trump Organization inflated assets when seeking loans and deflated them when it came time to pay taxes. CNN previously reported investigators have interviewed Cohen multiple times, including as recently as this week.

Investigators are also looking into numerous loans the Trump Organization has taken out, including those from Deutsche Bank and Ladder Capital, CNN reported this week.

Meanwhile, prosecutors are waiting on a Supreme Court ruling over a grand jury subpoena to Trump’s accounting firm Mazars USA for his financial records, including his tax returns.

The subpoena issued to the New York City Tax Commission, which reviews annual real property tax assessments set by the Department of Finance, is a further sign that the prosecutors are looking into whether Trump’s business misled local tax authorities about the value of its properties.

The New York City Tax Commission examines applications for correcting tax assessments and whether applicants have been improperly denied an exemption from real property tax.

There is a separate civil inquiry into the Trump Organization being conducted by the office of New York Attorney General Letitia James.