Boston Celtics’ Marcus Smart hopes to return for start of second half of season, sources say 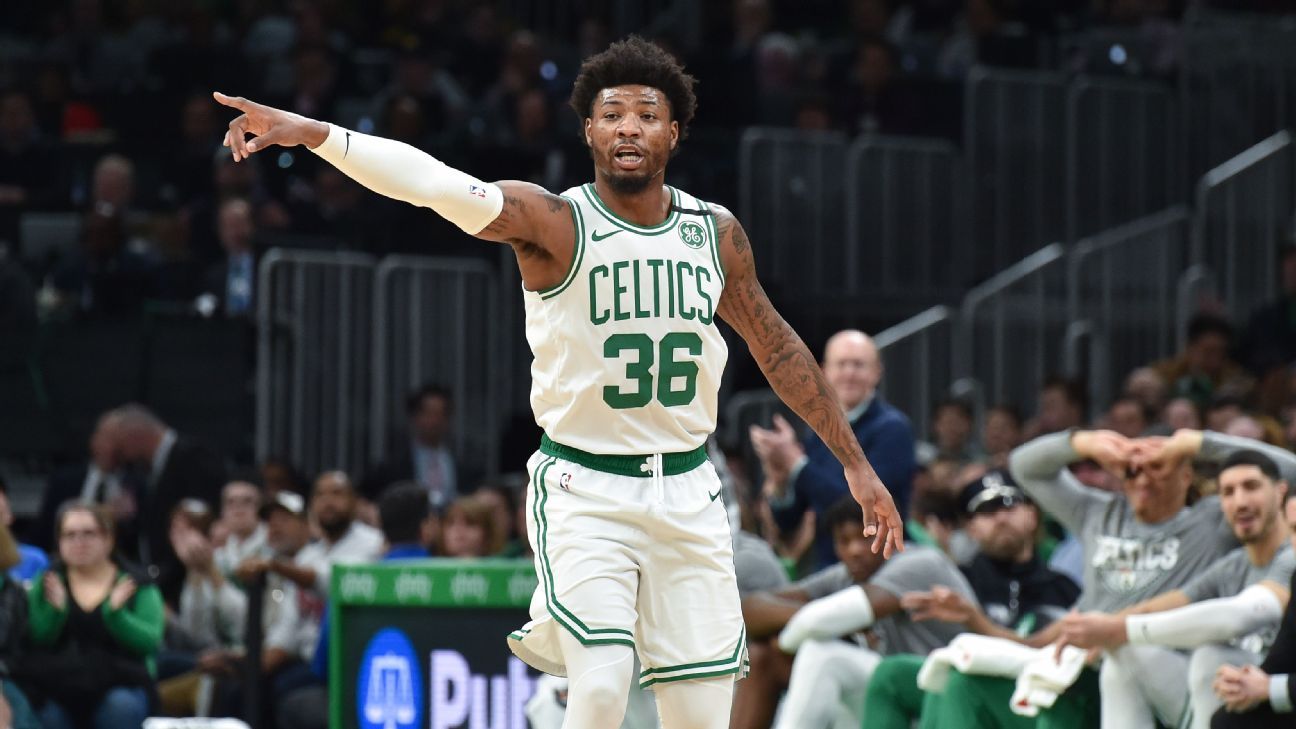 
Boston Celtics guard Marcus Smart is likely to continue rehabilitating his left calf strain through the March 5-10 All-Star break with hopes of returning to the lineup for the start of the season’s second half, sources told ESPN.

Smart, working to fully recover from the injury, which occurred on Jan. 30, resumed traveling with the Celtics on Sunday in New Orleans and participated in light on-court activities, coach Brad Stevens said before his team’s game against the Pelicans.

The Celtics are 5-6 without Smart in the lineup since his injury and he would presumably miss seven more games through the end of the first-half of the season on March 4.

Smart was having his best NBA season, including career highs in points (13.1), assists (6.1) and steals (1.8). He also is leading the Celtics in defensive categories that include deflections and loose ball recoveries.