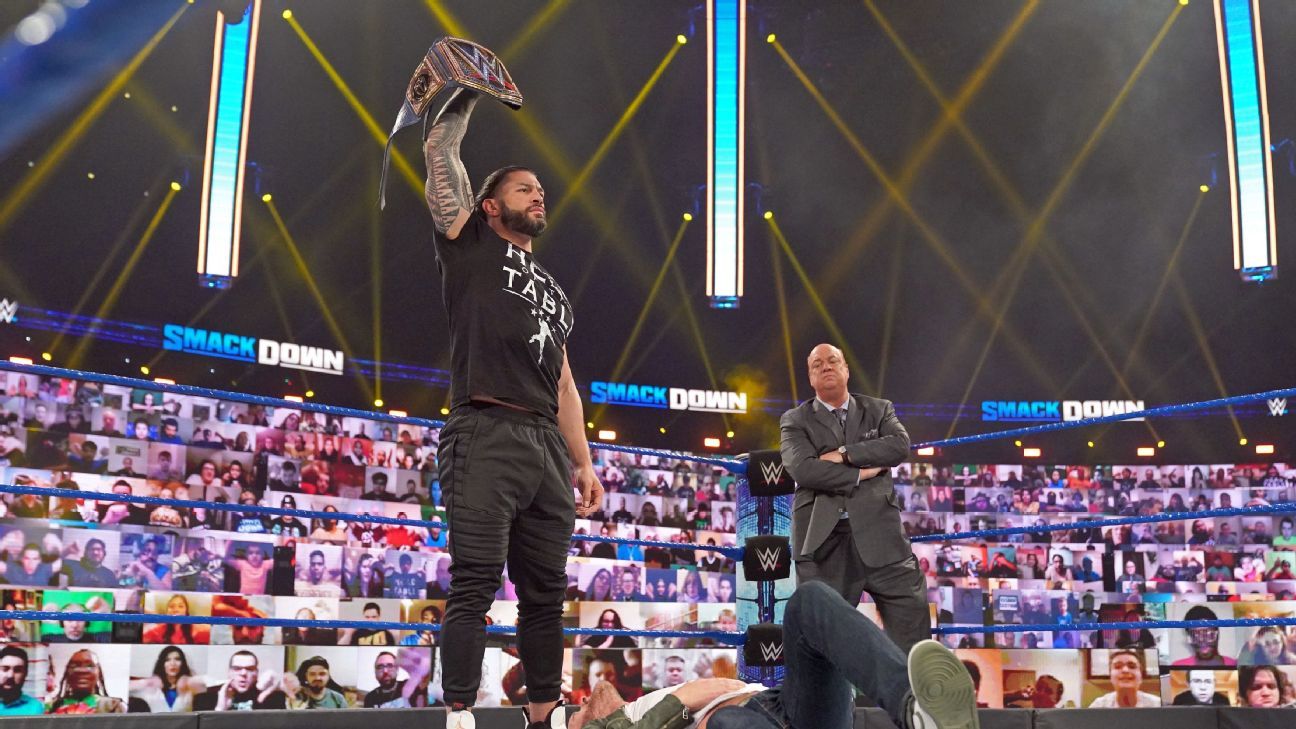 
WWE’s Elimination Chamber pay-per-view has become a post-Royal Rumble staple on the calendar as a show that goes a long way towards shaping the WrestleMania card every year.

2021 is no exception. Drew McIntyre defends his WWE championship against five challengers inside the Chamber, while Roman Reigns will await the winner of a second Elimination Chamber match in a Universal championship match later in the night. The United States championship and women’s tag team titles will also be on the line, but SmackDown women’s champion Sasha Banks is in action in the women’s tag title match (with Rumble winner Bianca Belair) and Raw women’s champion has seemingly lost a challenger with the revelation of Lacey Evans’ pregnancy, potentially taking those two titles out of play.

The picture for the dual-night WrestleMania 37 in Tampa will get clearer by the end of the night. Follow live as we break it down, match by match.

Elimination Chamber match to be No. 1 contender for the Universal championship: Kevin Owens vs. Cesaro vs. Daniel Bryan vs. Jey Uso vs. Sami Zayn vs. King Corbin

Currently in the Chamber: Cesaro and Bryan

There are some occasions in which WWE strains suspension of disbelief to its breaking point. This match was one of them.

In a Fatal 4-Way match in which there are no disqualifications or countouts, Instead of actively getting involved in the match, which they could’ve done at any time. Ali’s trio of Retribution allies only interfered twice to break up pinfalls and to powerbomb Ricochet into the turnbuckle pole. As the entire faction was distracted with beating up Ricochet, their woes of trying to establish relevancy continued as Morrison rolled up Ali to earn the pinfall and the title shot.

Over-The-Rhine: Is this a model for urban renewal or a warning sign?

Germany’s early World Cup exit will sting, but they will just be fine

College Football Playoff expansion — What you need to know

Germany’s early World Cup exit will sting, but they…

Boy, 10, accused of having hit list, bringing knife to…