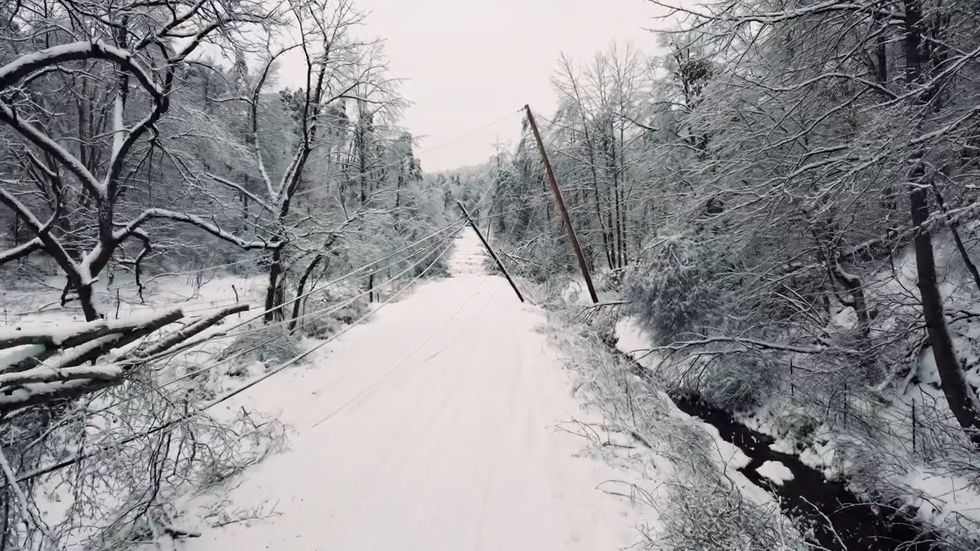 
BOYD COUNTY, Ky. (WKYT) – The repeated rounds of winter storms claimed two lives in Boyd County this week after officials say they were without power and heat for too long. Power crews say outages in the area aren’t expected to be fully restored for another week, and the coroner is worried more will die.

“It’s very uncommon. Even though we have a lot of homeless people, we have shelters. We have things to where people are protected.”

Hammond says the issue is not just how long the outages have continued, but where they are as well. Customers in the City of Ashland have been in the dark for days, when at most these neighborhoods only go a few hours.

Hammond says despite the long days without power and heat, some people just don’t want to leave their home.

“People are reluctant to leave. They want to stay in their homes…The problem is a lot of people want to blame people. They want to blame families. But what people need to realize is, the reason this is happening is people don’t want to leave. They’ve got different reasons. They think the power is coming on quick. They don’t want to leave their home. They’re afraid they’re going to lose everything, it’s going to get broke into.”

Hammond says other reasons could include not wanting to leave pets behind, and sadly many people do not have families around to check on them or get them to safety.

In Lexington, officials have not reported any hypothermia deaths, but Lexington Fire Battalion Chief Jordan Saas says they have made calls related to carbon monoxide poisoning. He says for those using generators, they should be kept outside and at least 20 feet away from doors and windows.

He also encourages preparation, including flashlights and batteries, but also extra layers of clothes. Saas says if you are staying in your home, you should dress as if you were outside.

There are noticeable symptoms to hypothermia. You’ll first experience shivering. Hammond says this is one of the first signs or the body trying to generate heat. Once the body temperature reaches 91 degrees, it stops shivering.

Other signs of hypothermia include slowed breathing, confusion, slurred speech, and drowsiness.

To treat someone experiencing hypothermia, get them inside or to a warm place. You should remove any wet clothes, cover the person with blankets, and also insulate the ground. Do not use direct heat or hot water on the patient. Saas says you want to warm the person slowly and perhaps start with a warm drink for them to sip on.

In Boyd County, the National Guard has been deployed to go door-to-door to check on people and get them to safety if they need it.

A warming shelter is also open at the Boyd County Convention & Arts Center.

The biggest humanitarian gesture in decades?