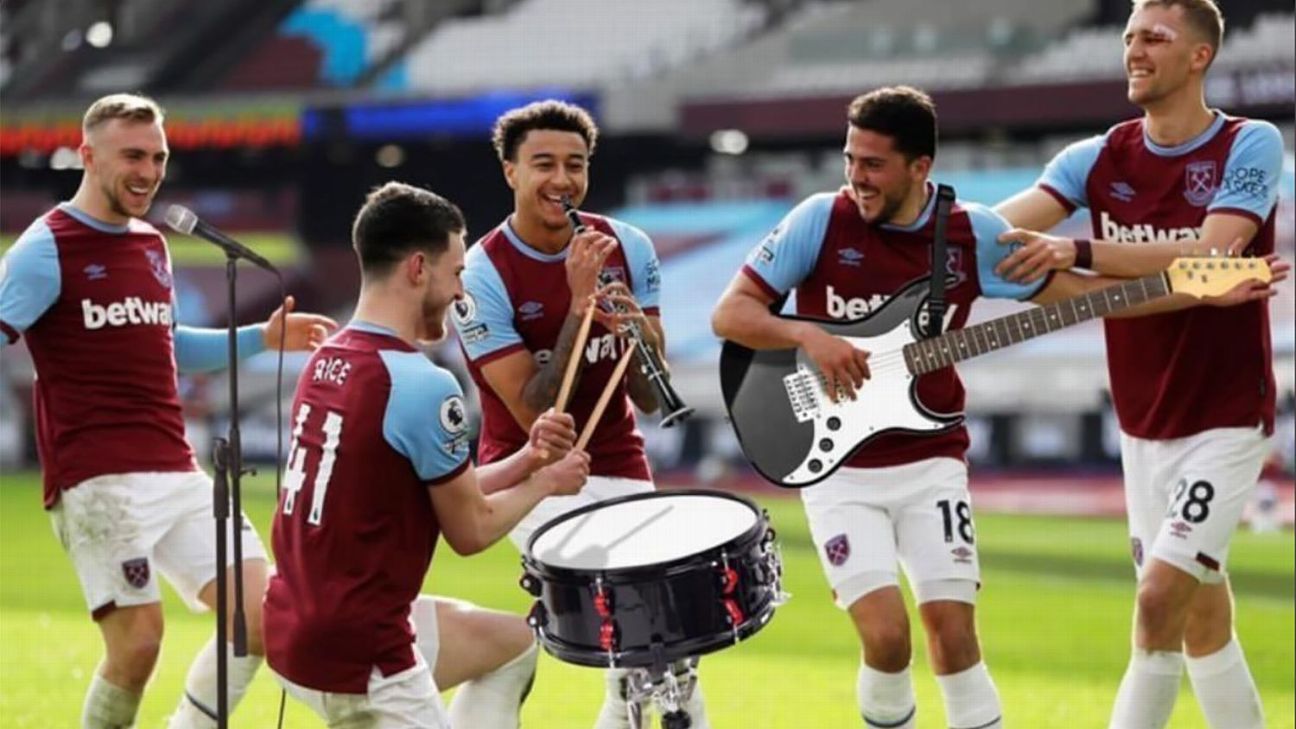 David Moyes’ side registered a 2-1 victory, their seventh win in nine league outings and a result that propelled them above Chelsea into fourth place — leaving the Hammers sitting pretty as London’s top team, just two points behind Manchester United in second.

It was also Moyes’ first-ever win over a Jose Mourinho side in any competition in 16 attempts, with the result leaving the latter with a total of just 81 points after 50 league matches in charge of Spurs — the lowest tally of his entire managerial career to date.

West Ham have now taken 45 points from 25 Premier League matches this campaign, which is more than they’ve accrued at the same stage of a top-flight season since 1985-86 (48 points) when they went on to finish third in the old First Division.

The derby was just five minutes old when Michail Antonio opened the scoring at the London Stadium with a tap-in from close range. An equally quick start to the second half saw the Hammers double their lead as Jesse Lingard broke through a fragmented Tottenham defensive line to fire home his third goal in four appearances since joining on loan from Manchester United last month. Of course, it was only fitting that the in-form forward celebrate by striking up the band.

Lingard took centre-stage as a saxophone virtuoso before being joined in the Claret & Blue Funk Ensemble by Pablo Fornals on lead guitar and midfielder Declan Rice on drums.

The elaborate musical routine went down well on social media, with fans revelling in the thought of the Hammers players having serious discussions during training in midweek as to who would be playing which instrument.

It wasn’t long before the remixes started flooding in, with Antonio dubbing the new club band “The Backstreet Moyes” in honour of their gaffer, while former West Ham defender Anton Ferdinand used a bit of filter trickery to praise the Hammers’ own fab four.

I am here for it all ⚒⚒@JesseLingard @_DeclanRice @WestHam my birthday week is complete 🥳🥳🥳 pic.twitter.com/85b3B2Npez

Rice went even further, tweeting a Photoshopped image of the ‘band’ complete with instruments.

The Band Has Arrived🤩🔥🤫 pic.twitter.com/gAqA6BL5UI

Speaking the following day, Rice also revealed that the inspiration for the boy band goal celebration took form during a shooting training drill in the days leading up to the Tottenham game, which saw Fornals marking all of his successful shots with a difference dance routine selected from Lingard’s expansive repertoire.

“So what it was, we were in training on Friday and playing a game called ‘the D,’ where the keeper plays the ball out to the D on the edge of the box and you’ve got two touches before trying to score,” the Hammers captain told talkSPORT. “Pablo [Fornals] kept scoring and obviously Jesse was there, and Pablo kept doing the celebration Jesse has done in the past [his piper dance] and everybody was having a bit of a laugh and banter.

“Before the game yesterday Pablo was like, ‘right, if we score today, Jesse you do that, I’ll be on the guitar,’ and I said I wanted to be on the drums. Literally it was just made up before the game, we just had a little giggle about it, and luckily enough Jesse scored and it all came off.

Rice ended the afternoon having amassed more tackles, interceptions, wins of possession and sprints than any other player on the pitch, but that didn’t prevent the midfielder from being harshly critical of one particular aspect of his performance, adding to talkSPORT: “I’ve been turned into a meme overnight!”

Tell you one thing… my drumming needs work🤣🤣🤣 but WE MOVE 💪🏼🤩

Nevertheless, he was also quick to laud the current Hammers team as the most enjoyable to play in since he made his senior debut for the club back in 2017.

“It’s the best team I’ve been a part of in four years,” Rice added. “There’s a unity, the love the lads have for each other, the banter on a daily basis and the mentality has changed completely.”

On Lingard, he added: “I knew this from when I played with him for England. He’s a ridiculously top, top player. You know when you’re playing with a top player, he takes the ball on the half-turn, takes the ball in tight areas, relieves the pressure on you.

“When you give him the ball you know he’s going to do something with it, and obviously what comes with that is he’s got a great personality as well. All the lads have really taken to him and I’m so happy we’ve got him here now at West Ham. Hopefully we can do that for much longer for next season as well!

Here’s to more much-deserved success at West Ham, so long as it keeps producing an array of increasingly wacky goal celebrations.