UK companies are deciding whether to make vaccines mandatory 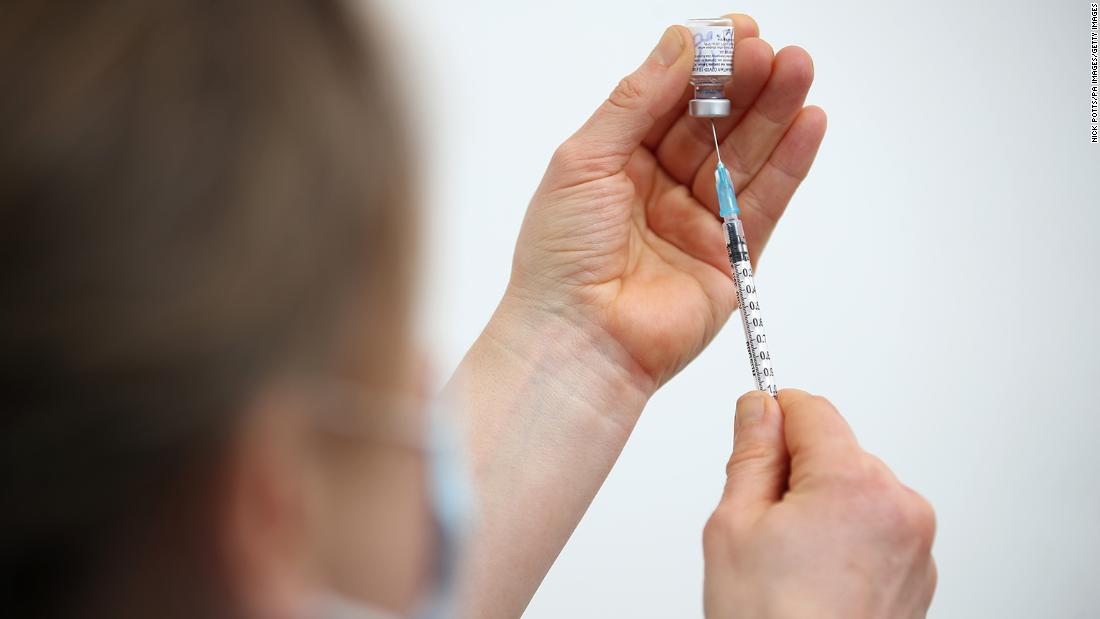 British business is at the forefront of the debate. While vaccination programs are accelerating in many countries, Britain is among the most advanced. One in three adults have received their first vaccine shot, and the UK government confirmed on Monday that it hopes to offer every adult a first dose of the vaccine by July 31.
The vaccine question is vexing executives, who want to protect their workers and customers but avoid legal battles and accusations of discrimination against people who are not vaccinated. The UK government has said it will not issue “vaccine passports” that would clear people for work or travel, leaving companies to establish their own policies.

Barchester Healthcare, which builds hospitals and operates more than 200 nursing care homes in the United Kingdom, said it wants all staff who work with patients to be vaccinated.

“One option under consideration is that staff who refuse the vaccine on non-medical grounds will, by reason of their own decision, make themselves unavailable for work,” the company said in a statement. “This is part of an ongoing dialogue we are having, we are constantly reviewing this as more information is available, and are very aware of concerns around possible discrimination which is in no way our intention.”

Pimlico Plumbers, a service and maintenance company based in London, is considering a similar policy. The company said it wants to implement a “no jab, no job” rule for new hires, but a spokesperson told CNN Business that existing workers with a good reason for declining the vaccine will not be fired.

British Prime Minister Boris Johnson revealed plans on Monday for easing the strict lockdown in England, giving dates when hairdressers, pubs and restaurants may be allowed to reopen. As the economy opens up again, companies that require employees or new hires to receive the vaccine will be forced to navigate a legal minefield.

“There’s nothing to stop employers from inserting those clauses into new contracts,” said David Samuels, legal director at the global employment law firm Lewis Silkin. “But such clauses may later be subject to legal challenges.”

“If an employee couldn’t get hold of the vaccine, or there are medical reasons stopping them [from receiving a vaccine], then employers are at risk of discriminating against employees,” Samuels said.

The Confederation of British Industry, which says it speaks on behalf of 190,000 businesses, is opposed to mandatory vaccination for workers.

“Vaccinations are crucial step in our fight against Covid. Businesses are committed to doing all they can to inform and engage their employees on the benefits of the vaccine,” the group said in a statement. “But the rollout program is ultimately a matter for government and health experts.”

UNISON, a public sector trade union, also opposes mandates. Senior national social care officer Gavin Edwards said the union is focused on persuading workers to get the vaccine by providing clear and concise information and arranging for them to speak to colleagues who’ve already had their injections.

“Threats, whether over pay, work tasks or job opportunities will only put people’s backs up and achieve the opposite result,” said Edwards. “This is in none of our interests.”

US companies are also considering their options. Last month, the CEO of United Airlines said he could make vaccines mandatory for employees.

“I think the right thing to do is for United Airlines, and for other companies, to require the vaccines and to make them mandatory,” Scott Kirby told investors on an earnings call. But he also suggested that the airline wouldn’t act alone. “We need some others to show leadership,” he added.

Other US CEOs appear to be open to the idea, even if they haven’t said so in public.

Over 70% of current and recent CEOs of major companies signaled an openness to vaccine mandates, according to a December poll by the Yale Chief Executive Leadership Institute. The broad question did not specify whether the mandate would apply to all employees or just those who work in close proximity to customers and colleagues.

Legal experts say that US employers can mandate getting the shot. Whether they should is a different matter. Some jobs already have vaccination requirements. For instance, some health care workers are required to get flu shots.

Before CEOs make a decision on vaccines, Lewis Silkin’s Samuels said they should make a case by case assessment.

“First consider who needs to be vaccinated to do their role and whether there are alternative measures to mitigate health and safety risks,” he said, adding that vaccines mandates should “be a last resort.”

With the vaccine rollout also picking up speed in the United States, many retailers and fast food outlets are offering incentives including gift cards to workers who get vaccinated. Aldi, Trader Joe’s, Kroger, Starbucks (SBUX), McDonald’s (MCD), Target (TGT), Publix and Dollar General are all offering financial incentives such as paid time off to encourage employees to be vaccinated.

When deciding the right path, CEOs have to consider both workers and their business.

“The advice we’ve been giving to employers is to first ask why vaccination is right for their business and then, what impact mandating the vaccination could have on their employees,” said Anne Sammon, an employment partner at Pinsent Masons.