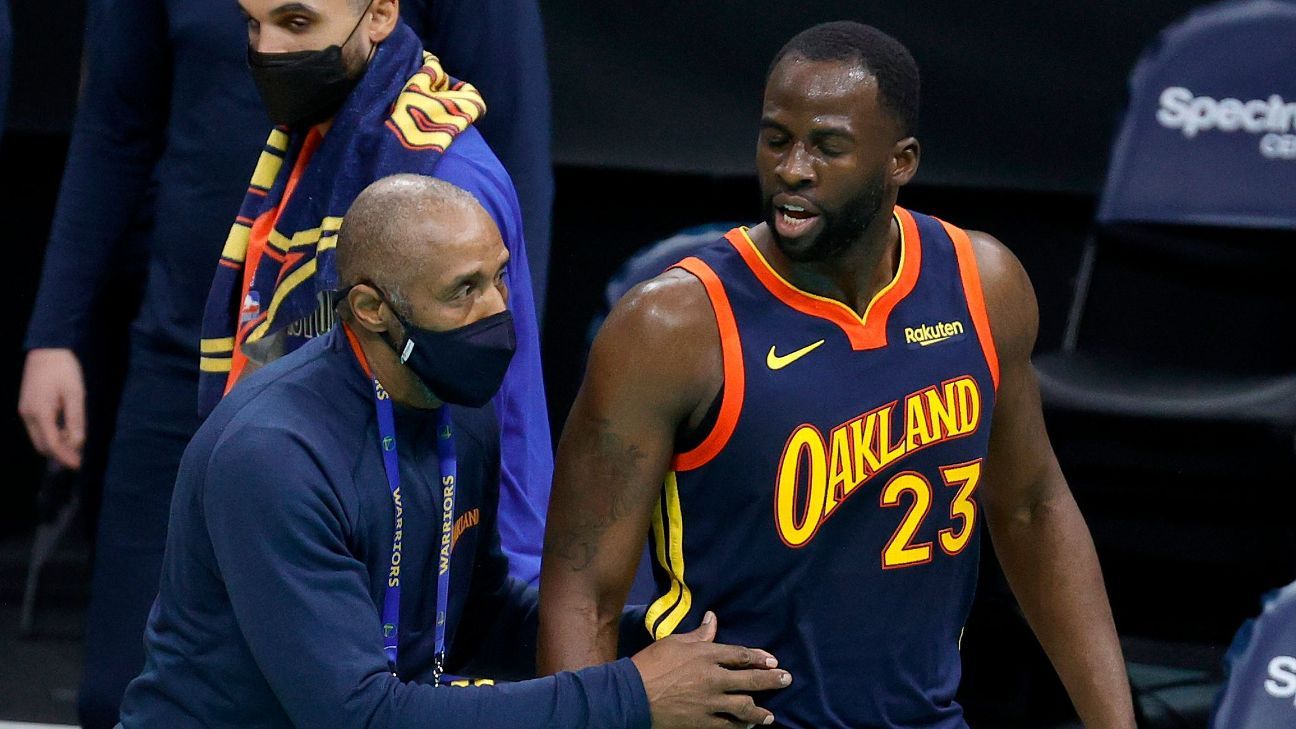 
Golden State Warriors forward Draymond Green admitted that he was “wrong” for getting ejected late in Saturday’s 102-100 loss to the Charlotte Hornets and acknowledged that he felt worse about this episode than he did about getting suspended for Game 5 of the 2016 Finals.

“I can admit my faults and when I’m wrong,” Green said during Monday video conference with reporters. “And I was wrong. And I have to do what I have to do to make that up to my teammates … and like I told the guys, I appreciate the support of me, but that action does not warrant support.

“With support from teammates comes responsibility, and I let that responsibility go. And so to think that just because they are my teammates and I do have their support, don’t necessarily mean I was deserving of it in that situation, because I wasn’t. So I’m very appreciative of them and I owe them.”

Green was famously suspended for Game 5 of the 2016 Finals for kicking then Cleveland Cavaliers star LeBron James below the belt. But despite the fact that the Warriors went on to lose that series in seven games, Green said the incident Saturday bothered him more because it was something “I had complete control over.”

“And I let that control get away from me, and in turn I let the game get away from myself and my teammates,” Green said. “And I think the reason it bothered me more was because … winning an NBA game is not easy. And this young team has not had, the guys on this team has not had much experience with winning. And so to take the game away from my teammates, which they worked so hard for, was a bit frustrating for me because I let them down.”

The wild sequence that led to Green’s ejection Saturday started with 9.3 seconds left in regulation and the Warriors leading 100-98, when Warriors guard Brad Wanamaker was tied up for a jump ball by Hornets guard LaMelo Ball. After Hornets swingman Gordon Hayward corralled the ball off the tap and fell to the floor, Green appeared to quickly tie up Hayward for a jump ball.

However, the Hornets were awarded a timeout. Green began arguing with officials and was quickly assessed two technical fouls and ejected, giving the Hornets two free throws and the ball. Charlotte guard Terry Rozier went to the line and sank both free throws to tie the score at 100. Seconds later, Rozier drained a shot from the corner at the buzzer to give the Hornets the win.

After saying that Green “crossed the line” on Saturday, Warriors coach Steve Kerr said that he felt it would be “easy” for his team to move past the incident heading into Tuesday’s game with the New York Knicks.

“It’s an easy move on,” Kerr said Monday. “Draymond has tremendous respect in this locker room. The guys adore him. And they should because he’s a great, great teammate who made a mistake. But I’ve said it many times, and I know the guys on the team feel the same way, if you want to win a game you need Draymond on your team. He’s loyal, he’s a competitor, he’s a winner. And if the price to pay on that is him spilling his emotions over the top sometimes, so be it.”

Kerr added that he has faith Green would keep a cooler head the next time a similar situation presented itself.

Warriors forward Eric Paschall said after Saturday’s game that Green told his teammates that the two technicals were “my fault,” but both Paschall and backup guard Damion Lee stood behind Green and vouched for his leadership. It was a gesture that Green clearly appreciated and is confident he will move forward from.

Green, who passionately defended Cavs big man Andre Drummond last week, calling out what he felt were double standards of how the NBA treats players, was disappointed in the fact that his latest actions overshadowed his strong words regarding how players are treated.

“Another reason it was a bit frustrating for me, when I think of the whole entire picture of all of this, if you type in Draymond Green before Saturday, the first clip you will see is me talking about the [Andre] Drummond situation,” Green said. “And so to go from that situation to like what the next thing would be of what you see of me is two completely, totally different ends of the spectrum. And that’s where the disappointment for me lies.”