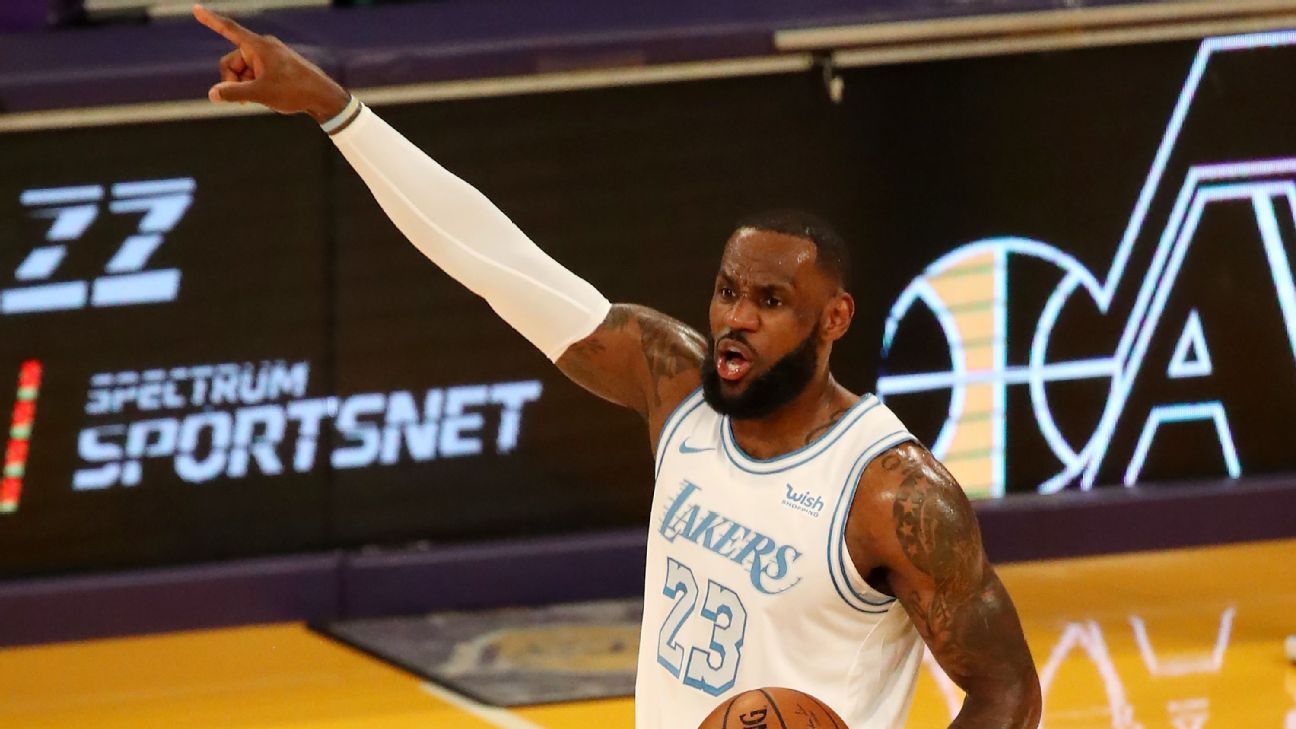 
LOS ANGELES — After logging 40-plus minutes for the fourth time this month only to see the Los Angeles Lakers lose 127-124 in overtime to the Washington Wizards on Monday night, LeBron James insisted he can handle the workload that is being asked of him.

“I think this whole narrative of ‘LeBron needs more rest’ or I should take more rest or I should take time here, it’s become a lot bigger than what it actually is,” James said. “I’ve never talked about it, I don’t talk about it, I don’t believe in it. We all need more rest, s—. This is a fast turnaround from last season, and we all wish we could have more rest. But I’m here to work, I’m here to punch my clock in and be available to my teammates.

“And if I’m hurt or if I’m not feeling well, then we can look at it then. But I have nothing but honest people [advising me], but I’m also honest with myself, as well, and me having a love for the game and me being able to be available to my teammates is more important than anything.”

James played 43 minutes against the Wizards and amassed 31 points, 13 assists and nine rebounds, but he admitted he wasn’t his sharpest.

He played all but one minute and six seconds of the fourth quarter and overtime and scored 13 points, but he shot 6-for-13 in doing so (0-for-4 from 3), with four of his game-high eight turnovers coming in that time span. He also went 1-for-3 from the free throw line, including a miss on an and-1 attempt that would have put L.A. up by one with 9.8 seconds remaining in the fourth quarter.

“Obviously, I take full responsibility [for] missing that free throw,” he said. “I got to make the free throw up there; it’s an easy point for us. But we didn’t lose the game there. But I take that responsibility, for sure, and I got to be better.”

For the first month and a half of the season, Lakers coach Frank Vogel was certainly better at managing the 18-year veteran’s minutes. Prior to February, James averaged 33.3 minutes per game this season — which ranked 43rd in the league and represented the least amount of playing time in his career, according to data compiled by ESPN Stats & Information.

Since the start of the month, however, James has averaged 38.2 minutes in 11 games — the most in the NBA — and L.A. is starting to struggle, having lost four out of its past five games since Anthony Davis aggravated his Achilles tendinosis while suffering a calf strain in his right leg against the Denver Nuggets.

“I’m not pushing myself,” said the 36-year-old James, who has played in all 32 of L.A.’s games this season. “I wouldn’t say that. I’m going out and playing the game. I’m doing my job, and I’m trying to do it at a high level, but that’s been a narrative around the league.

“I have never asked for time off or time throughout the season. And it’s growing to a point where it’s not even coming from me anymore. It’s just like, ‘OK, LeBron should take time off’ or ‘Why is his workload at this.’ I’ve been hearing it for five, six, seven years now, and I’m still going strong. So I don’t need a handout, I’m not looking for a handout; my job is to go out when I’m available, when I’m healthy to go out and play, and that’s what it’s all about.”

James has never played this condensed of a schedule, coming off just a 71-day offseason, however.

Vogel was asked if he has considered holding James out of the lineup in order to keep the Lakers’ captain fresh, with a repeat title being the team’s ultimate goal.

“We’ve considered that all season long with him. And we’ll make those decisions on a game-by-game basis,” Vogel said.

L.A. guard Alex Caruso likened the Lakers’ current slide — a season-long three-game losing streak while missing Davis and point guard Dennis Schroder — to the four-game skid L.A. had about a third of the way into last season. And Lakers center Montrezl Harrell said the team’s struggles will cause “a lot of soul searching.”

As for James, the heart and soul of the defending champions, Vogel lauded the job he is doing, even while losses are starting to pile up.

“He’s a workhorse,” Vogel said. “He’s doing everything he can for us.”

Spain: More child migrants are arriving alone to the Canary Islands than ever before. This is what happens to them.