Tiger Woods in surgery after vehicle rolls over in crash 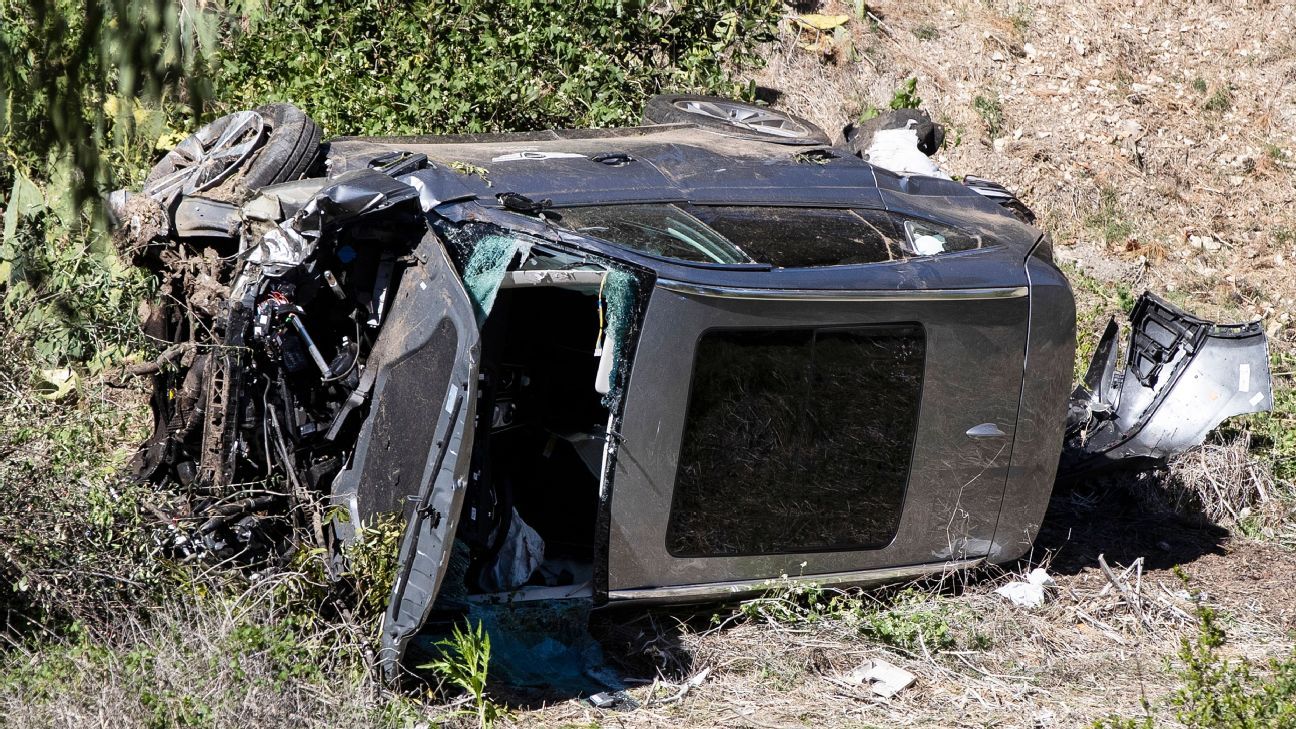 
Tiger Woods was involved in a serious car accident on Tuesday morning in Southern California that required him to be extricated from the vehicle, according to the Los Angeles County Sheriff’s Department.

Woods, 45, has “multiple leg injuries,” according to his agent, Mark Steinberg, who said the golfer was in surgery Tuesday afternoon.

Emergency personnel responded to a rollover crash approximately 7:12 a.m. PT in Rancho Palos Verdes, California. A police source said the initial report from the accident scene indicated the possibility of two broken legs and that the injuries are not thought to be life-threatening.

“Tiger Woods was in a single-car accident this morning in California where he suffered multiple leg injuries,” Steinberg said in his statement. “He is currently in surgery and we thank you for your privacy and support.”

According to the sheriff’s department, the “single vehicle roll-over traffic collision” occurred on the border of Rolling Hills Estates and Rancho Palos Verdes and “the vehicle sustained major damage.” He was taken to the Harbor-UCLA Medical Center.

Chris Thomas, a representative of the Los Angeles County Fire Department, told ESPN’s Mark Schlabach that rescue personnel had to extricate Woods from the windshield of the SUV. James C. Power of the Los Angeles Sheriff Department told ABC News that they’re not actively investigating a DUI.

Another car, which had stopped and pulled over to the side of the road to assist Woods shortly after the accident, was struck by another vehicle coming over the hill. Thomas said it was a minor traffic accident with no injuries.

Woods, who was rehabbing from a Dec. 23 back procedure, was in the area for the Genesis Invitational, a PGA Tour event that he hosts at Riviera Country Club in Pacific Palisades. The tournament is run by his foundation. Based on video footage and photos, it appears that Woods hit a curb and took out a Rolling Hills Estates sign. Luggage could be seen out of the vehicle.

On Sunday, in an interview with CBS during the final-round broadcast, Woods suggested that he had yet to ramp up golf activity following his fifth back procedure and gave no timetable for his return.

But social media posts on Monday and Tuesday showed that he had stayed in the area, ostensibly to film various outtakes and scenes for GolfTV, a streaming entity with which he has an endorsement deal. Actor David Spade and former NBA star Dwyane Wade posted photos with Woods on social media from Rolling Hills Country Club. GolfTV and Golf Digest have a collaboration in which Woods is paid to provide content. He was believed to be headed to another session with the group on Tuesday.

Justin Thomas, one of Woods’ friends on the PGA Tour, discussed the car accident while he prepared for the WGC-Workday Championship in Bradenton, Florida.

“I’m sick to my stomach. You know, it hurts to see one of your — now one of my closest friends get in an accident,” Thomas said. “Man, I just hope he’s all right. Just worry for his kids, you know. I’m sure they’re struggling.”

Golfing legend Jack Nicklaus took to Twitter to share he and his wife’s “heartfelt support and prayers” for Woods.

Barbara and I just heard about Tiger’s accident, and like everyone else, we are deeply concerned. We want to offer him our heartfelt support and prayers at this difficult time. Please join us in wishing Tiger a successful surgery and all the best for a full recovery.

“On behalf of the PGA Tour and our players, Tiger is in our prayers and will have our full support as he recovers,” Monahan said in a statement.

“Tiger Woods is part of the Augusta National family, and the news of his accident is upsetting to all of us,” Augusta National Golf Club chairman Fred Ridley said. “We pray for him, for his full recovery and for his family during this difficult time.”

Woods, an 82-time PGA Tour winner, returned to golf in 2018 after overcoming several injuries and enduring a bout with prescription pain medication that led to a 2017 DUI arrest and subsequent probation. Woods was found several miles from his South Florida home in May of that year, some five weeks after a spinal fusion surgery was performed to alleviate the constant nerve pain in his lower back. The surgery fused an area of his spine, and Woods — after six months without being able to swing a club — was able to return to hitting balls.

Ranked 50th in the world, Woods had a disappointing 2020 season, as he played just nine times, his best finish a tie for ninth in January. His last official competition was the Masters in November, where he tied for 38th. He also played in an exhibition, the PNC Championship, with his 11-year-old son, Charlie, in December, just days before his latest back procedure.

Trump’s taxes: Why they matter to a criminal probe