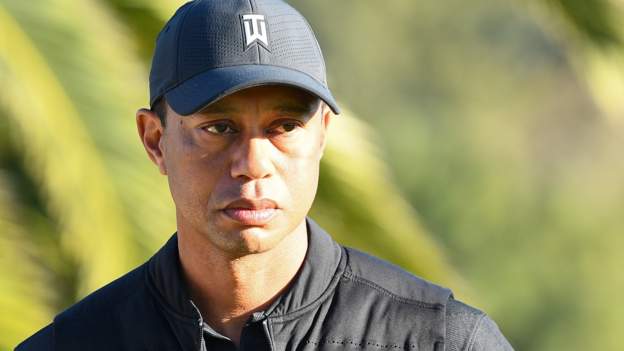 
Tiger Woods is in surgery after suffering “multiple leg injuries” in a car crash in Los Angeles, California.

The 15-time golf major champion, 45, had to be “extricated from the wreck” by firefighters and paramedics.

Woods’ agent Mark Steinberg said: “He is currently in surgery and we thank you for your privacy and support.”

Steinberg confirmed the detail about the American having sustained “multiple leg injuries”.

Woods was at the Riviera Country Club in LA at the weekend as host of the Genesis Invitational.

A statement from the LA County Sheriff’s Department said it responded to the crash “on the border of Rolling Hills Estates and Rancho Palos Verdes” on Tuesday morning.

It added: “Mr Woods was extricated from the wreck with the ‘jaws of life’ by Los Angeles County firefighters and paramedics, then transported to a local hospital by ambulance for his injuries.”

Woods was involved in a car crash in November 2009 which eventually led to admissions of infidelity and the breakdown of his marriage and he took a break from golf.

He returned not long after but following five wins in 2013, Woods started just 24 events in the next four years because of chronic back pain and multiple surgeries.

In 2017 Woods was arrested on suspicion of driving under the influence when he was found asleep at the wheel of his car. He later pleaded guilty to reckless driving.

He had five prescription drugs in his system as he recovered from the spinal fusion surgery that ultimately gave him a second golfing career.

However, he ended an 11-year wait for a major title when he won the Masters at Augusta in 2019.