LA Clippers’ Paul George calls All-Star nod a milestone amid ‘all the noise,’ but disagrees with game being held 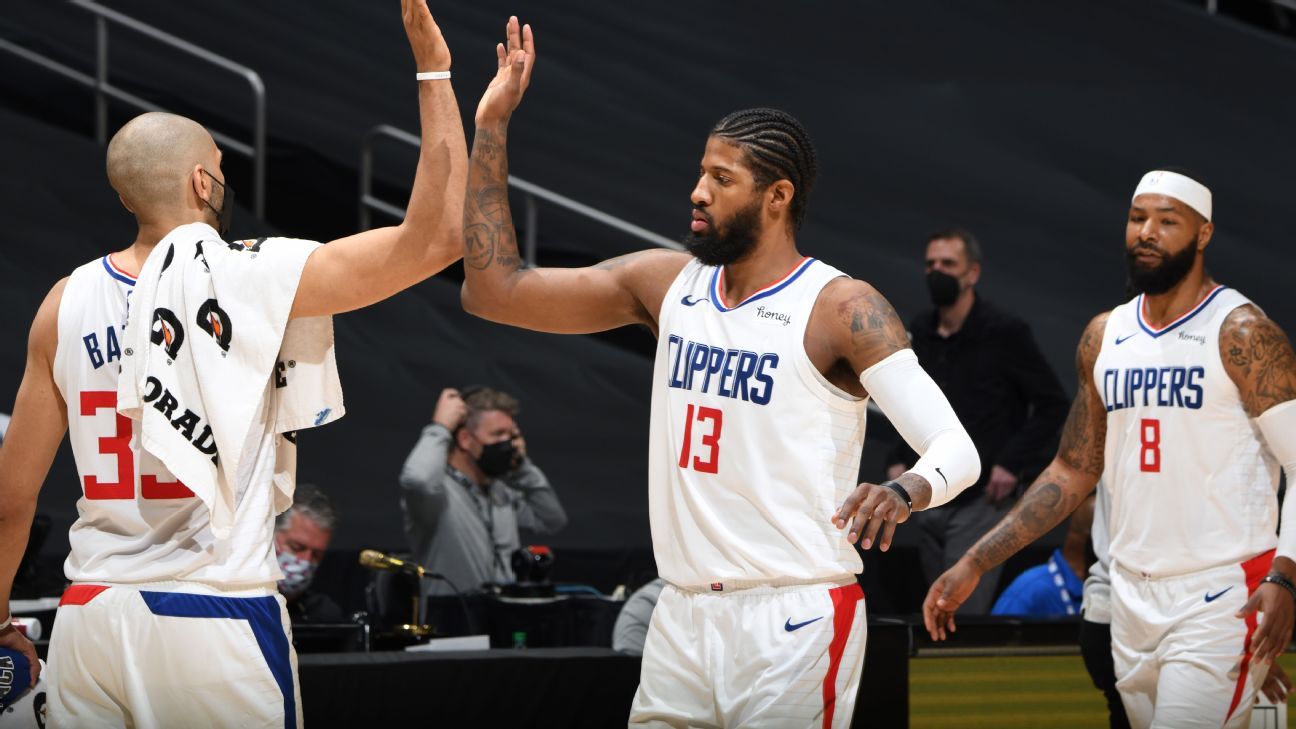 
LOS ANGELES — Paul George has been motivated and fueled by “all the noise” surrounding him all season long, and earning an All-Star spot he says is another “milestone” in his bounce-back season.

“With all the noise, everything going on, you find motivation through it,” George said of all the criticism that he’s heard since the Clippers’ collapse in the second round last postseason. “You dig deep. And you’d be amazed what comes out of it. It was honestly just using everything as motivation, fueling all of that toward this year.

“[All-Star] is a good milestone, the start of how my season is going. But definitely [not] where I want it to end. So I got a lot more work to do.”

George, who hit his first five 3-point shots before finishing with 30 points in the Clippers’ 135-116 win over the Washington Wizards on Tuesday, will be making his seventh All-Star appearance.

George, though, joined a chorus of NBA stars who have voiced reasons and concerns over why there should not be an All-Star Game held this year in the middle of a pandemic.

“I am just not a fan of it with everything going on,” George said. “I think it is just smart [to not hold one] … I get we have an amazing league, I’m not discrediting that. But I don’t think — just in the middle of a pandemic — it is something that needs to be had.”

George also said that he was fined this season over a health and safety protocol precaution.

“Especially, [for] personal reasons, I got fined for spending time with a teammate, or having a teammate over and yet we are having this All-Star Game,” George explained. “So again I got personal reasons why I disagree with the game [being held].”

George said he did not want to further elaborate on the fine. But he says he will play in the All-Star Game in Atlanta on March 7.

The shooting guard wasn’t an All-Star last year after he didn’t play in the first 11 games of the season as he was eased back into play following offseason shoulder surgeries. Last postseason, George endured a shooting slump in the first round of the playoffs before going 4-for-16 from the field and scoring 10 points in the Clippers’ Game 7 loss to the Denver Nuggets in the second round after LA blew a 3-1 series lead.

George has said that he has heard more “chirping” this season from opponents “just living in the past.” He has been motivated to prove his doubters wrong.

“He’s always been an All-Star, you know in my eyes,” Clippers coach Ty Lue said. “He’s one of the top two-way players in our league, you know he has been for a while.”

“He deserves it, and the kind of year he’s having, you know this year, it just shows the hard work he put in over the summer to get back to this point.”