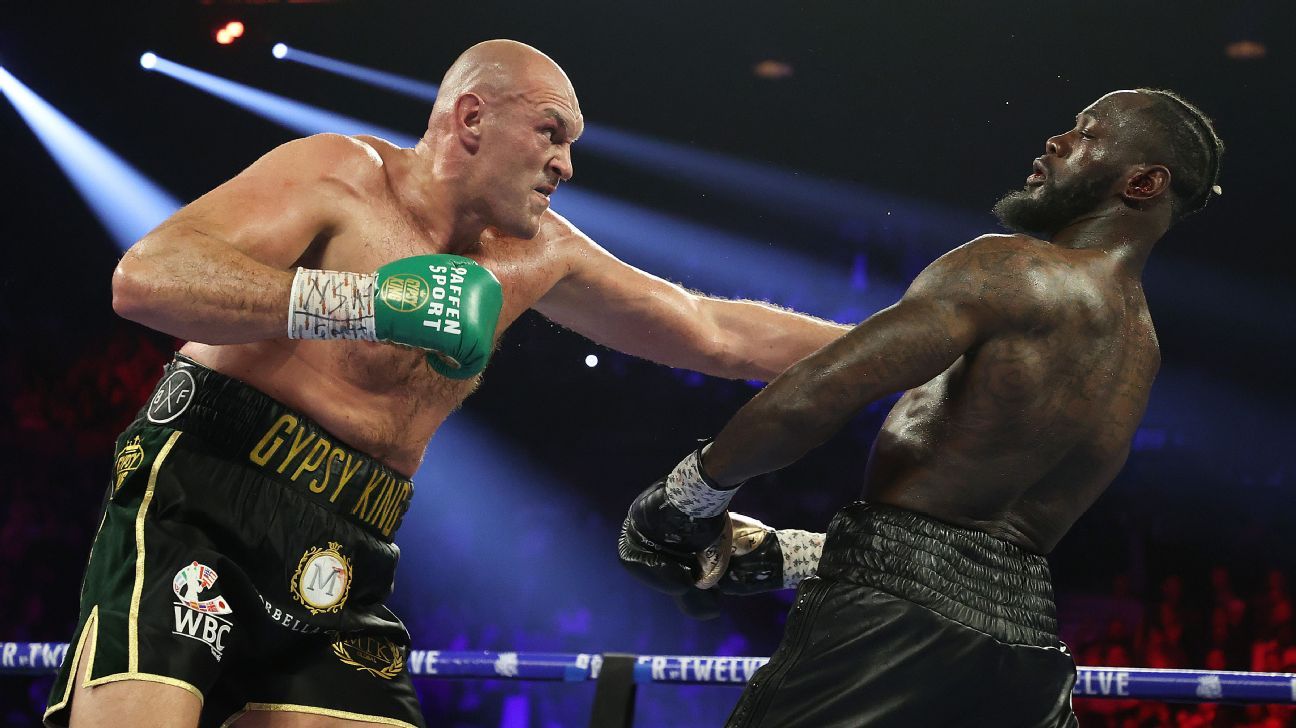 
WBC heavyweight boxing champion Tyson Fury says he will absolutely fight twice in 2021, regardless of whether a megafight against Anthony Joshua comes together.

Fury (30-0-1, 21 KOs) has not stepped into the ring for over a year now, as the anniversary of his sensational knockout of Deontay Wilder passed on Monday. The 32-year-old told ESPN on Wednesday that he is committed to fighting twice in 2021, after a potential trilogy bout against Wilder in December fell through.

“It was just a big mess-up,” said Fury, on the Wilder trilogy. “I should have boxed, because I’ve been so inactive. I’ve been out for over a year. By the time I fight again, looking at maybe June if this Joshua fight happens, that will be a year and six months out of the ring, which is not ideal preparation for any superfight.”

A matchup between Fury and Joshua (24-1, 22 KOs), who holds the WBA, WBO and IBF titles, would be a blockbuster event. Although talks have been trending in the right direction, according to recent comments from Joshua’s promoter Eddie Hearn, Fury said he’s not convinced yet that the fight will happen, even though the two sides continue to negotiate.

“They’ve had a full year to try and make this fight happen,” Fury said. “Since the last Wilder fight, even before the Wilder fight, they were talking about a fight potentially between me and Joshua. They’ve had a full year to make something happen, and it hasn’t happened as of yet. It is what it is. We’re no further forward today than we were a year ago.

Whether it’s in June or at a later date, Fury said the Joshua fight will come together at some point. Either way, he’s looking forward to fighting twice in 2021, as 2020 was the first year he returned to the sport after a break in 2018 in which he failed to fight more than once.

“If that fight doesn’t happen this summer, it’s got to happen sooner or later,” Fury said. “But Top Rank has to give me two fights this year. I will fight two times on [Top Rank network partner] ESPN. I don’t care who it is. If it’s not Joshua, we’re looking to fight in April or early May, and the end of the year. If it is Joshua, then June and the end of the year. Bang, bang. So, 2021 is looking bright.”

The worldwide web as we know it may be ending