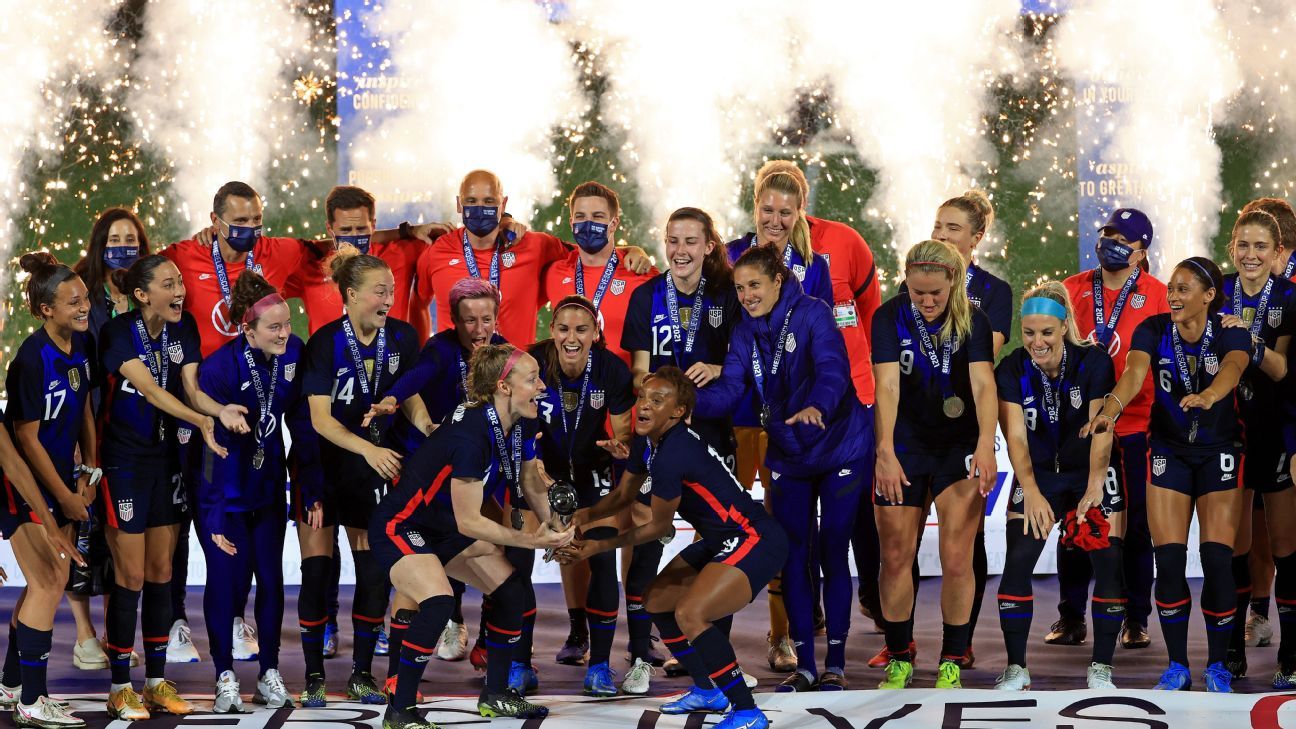 
Megan Rapinoe scored twice and the United States won the SheBelieves Cup title with a 6-0 victory over Argentina on Wednesday night.

The United States is undefeated in 37 games in a row overall and 53 on American soil.

Carli Lloyd, Kristie Mewis, Alex Morgan and Christen Press also scored, and the U.S. women also become the first team to have three straight shutouts in the SheBelieves Cup, which is in its sixth year.

Argentina, a late addition after Japan dropped out because of coronavirus concerns, did not win a match but did impress with gritty performances. Rapinoe scored in the 16th minute with a well-timed strike on a through ball from Rose Lavelle for the early lead.

Rapinoe added another in the 26th minute, tapping in a cross from Lloyd. Rapinoe is the top all-time SheBelieves scorer with seven goals, including three in this edition.

Lloyd added a goal in the 34th. It was Lloyd’s 124th international goal and it came in her 299th appearance with the national team.

Kristie Mewis scored on an angle into the far corner for her fourth career international goal in the 41st minute, and the United States took a 4-0 lead into the half.

Morgan scored in 84th, her first goal since giving birth to her daughter Charlie last May. It was her 108th international goal, moving her into sole possession of fifth place on the team’s career list.

Press scored on a header a short time later for her 11th goal in her last 15 games.

The United States improved to 4-0 against Argentina.