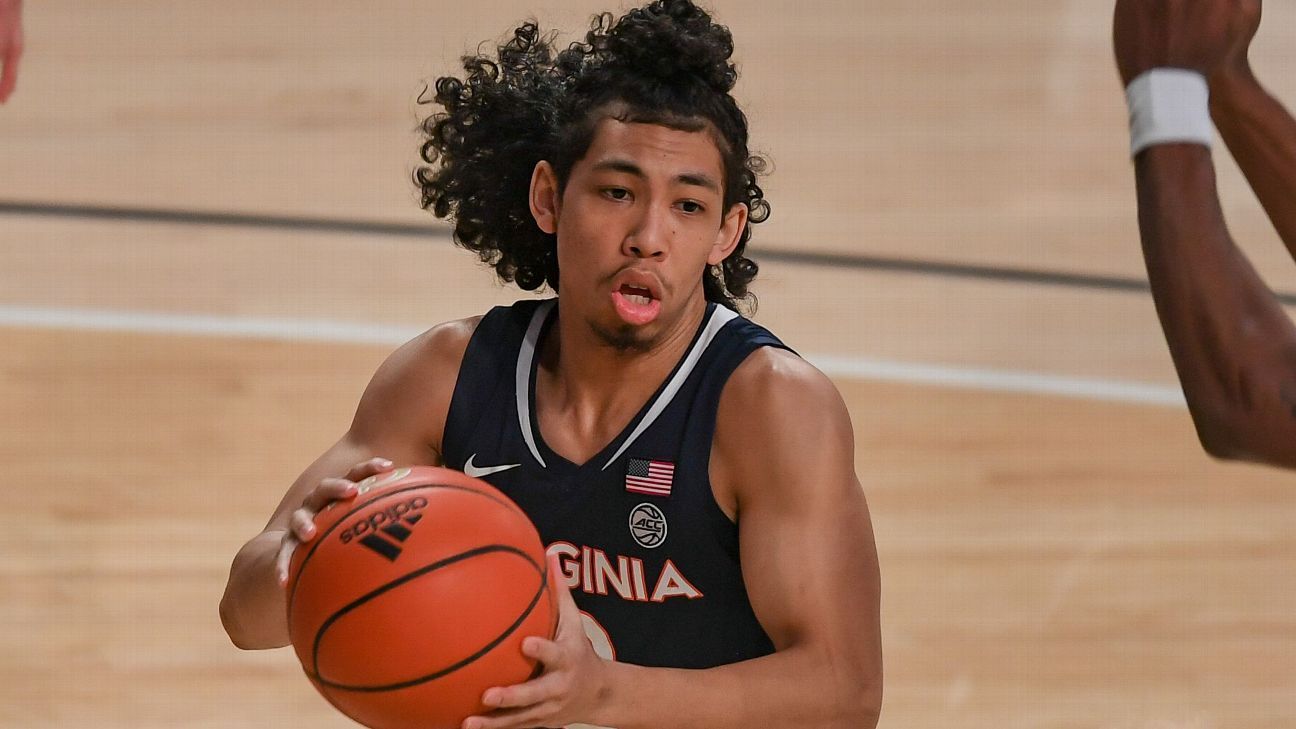 
Less than two weeks ago, Virginia was atop the ACC standings, rising in the AP poll every week and a sneaky candidate to end up as a 1-seed on Selection Sunday.

After three straight losses — the latest coming at home on Wednesday to NC State by a 68-61 final score — the Cavaliers are seeing their NCAA tournament seeding fade quickly, and questions are starting to be asked about how deep a run Virginia — a preseason top-five team — can really make come March.

The first two losses in the three-game losing streak were understandable: on the road at Florida State, and then on the road in the final minute against a hot Duke team. But Wednesday’s loss to NC State was different. First, it was Virginia’s first home loss of the season and its first since January of last season. NC State was 10-9 overall and 6-8 in the ACC entering the game, with just one win over a team ranked inside the top-80 of the NET.

So what’s going on with Tony Bennett’s team? The most noticeable issue is on the defensive end of the floor, the area where Virginia annually ranks among the nation’s elite. Florida State, Duke and NC State all scored at least 1.08 points per possession against the Cavaliers, a number they allowed just four times all of last season. While they’re still the best defensive team in the ACC, they’re allowing 0.99 points per possession in conference play — their highest number since the 2010-11 season.

Offensively, two things are standing out. First, Virginia has struggled to get baskets late in games or late in the shot clock when plays break down. The Cavaliers don’t have players who can consistently beat their defender off the dribble and create scoring opportunities, like they’ve had in the past with Ty Jerome and De’Andre Hunter and Malcolm Brogdon. Kihei Clark has hit clutch shots in his career, but he’s not expected to carry an offense. The second issue is perimeter shooting. Virginia gets a significant share of its points from behind the arc, but Florida State and Duke both made more 3s than the Cavaliers and then they shot 7-for-25 from the perimeter against NC State.

Virginia needs to right the ship quickly, with just two games remaining before the ACC tournament, because the Cavaliers’ NCAA tournament profile isn’t overly impressive when you begin to peel back the layers. Metrics really like Virginia, including the NET, KenPom, and ESPN’s Strength of Record and BPI. As long as those numbers are good, the Cavaliers won’t fall too far — but that’s their only saving grace right now. Virginia is 3-4 against Quadrant 1 opponents, with two Quadrant 3 losses (although NC State will likely rise into Quadrant 2 territory after beating the Cavaliers).

It’s a résumé completely bereft of anything resembling a marquee win; the Cavaliers’ best victories this season have come over Clemson, Georgia Tech twice and North Carolina. None of those three teams is above a 7-seed in Joe Lunardi’s latest Bracketology and Georgia Tech isn’t even in the projected field. Their quality wins just don’t stack up favorably when compared to the likes of Texas, Kansas, USC, Creighton and teams in that area of the bracket. Considering Virginia was solidly a 2-seed just a couple weeks ago, dropping to a 5- or 6-seed three games later would have been hard to fathom.

Virginia is still going to be a team nobody wants to face in the NCAA tournament — the Cavaliers are still the reigning national champions, after all — but because they lack playmakers on the offensive end and their defense isn’t nearly as stingy as it has been in recent years, their margin for error seems much more thin.

GameStop stock is surging again: Shares close up more than 100%

Hit TV show Frasier to be revived after 20 years