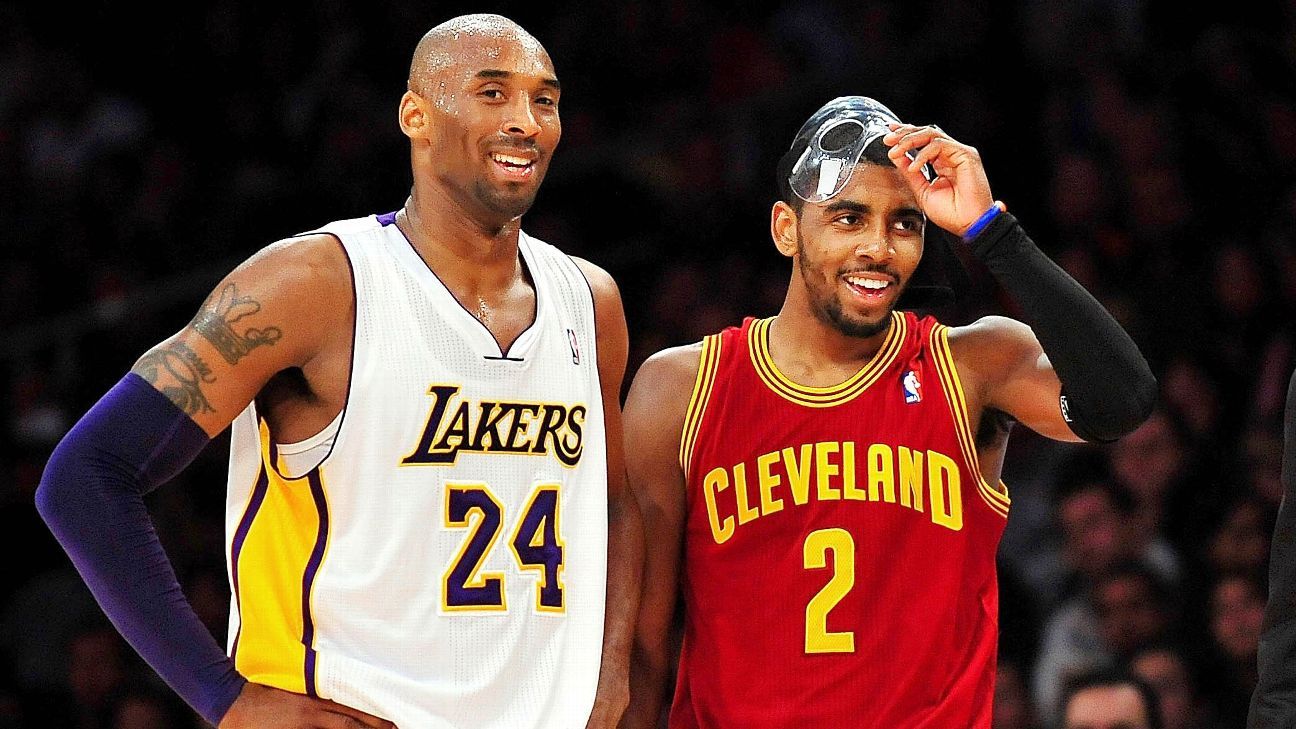 In an Instagram post on Wednesday, Irving tweeted a modified NBA logo with Bryant front and center, with the caption “Gotta Happen, idc what anyone says. BLACK KINGS BUILT THE LEAGUE”.

Since Bryant’s death in a helicopter accident in January of last year, the idea of changing the logo to Bryant’s silhouette has gained traction. A change.org petition in support of the idea has gained 3.2 million signatures since early 2020. The creator of the NBA logo, current CEO and President of brand identity and communications consultancy firm Singlevision Alan Siegel, told Newsweek at the time “It’s quite clear that this [Bryant] was a very respected figure by players and around the world and this is a really serious thing that should be considered by the league.”

Former Laker Jerry West is the current silhouette of the NBA logo which has been in place since 1969. West has supported the idea of the logo being changed in the past, including a 2015 interview with HuffPost Live.

West has also been effusive with his praise for Bryant throughout his career. On a TNT one hour special honoring Bryant after his passing, West reminisced about drafting Bryant.

“I said, Shaquille, we just drafted a kid who’s the best player in the draft,” West recalled telling Shaquille O’Neal. “I said I know you’ve got a lot of good players in Orlando. But I said we have better players here, and we have one that’s going to be the best player in the league one day. Pretty bold statement to make, but to me it was obvious.”

The National Transportation Safety Board, on Feb. 9, said the pilot in the helicopter crash that killed Kobe Bryant, his daughter Gianna, the pilot himself and six others went against his training by flying into thick clouds.