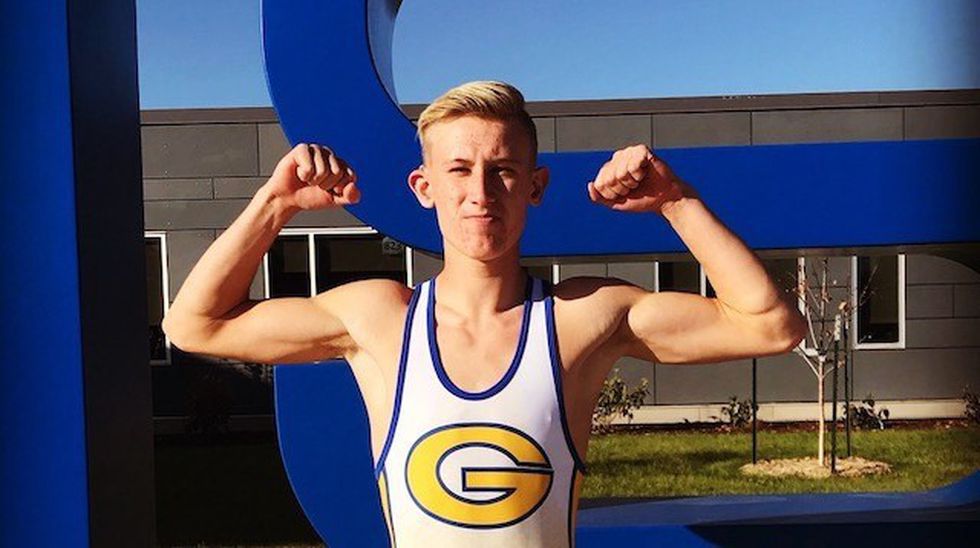 
OMAHA, Neb. (WOWT) – The family of a deaf high school wrestler who lost at last weekend’s state tournament is claiming a referee didn’t follow guidelines when communicating with him during the match.

Paul Ruff, a Gering High School senior, competed in Omaha last weekend during the 2021 Nebraska State Wrestling Championship. Advocates believe Ruff missed crucial warnings during the match because of communication errors on the part of the referee, and are asking for a rematch and an apology.

Ruff uses a cochlear implant but takes it out while wrestling, which leaves him completely deaf.

He said the loss of hearing wasn’t the main issue during the Feb. 20 match — it was that the referee wouldn’t lower his mask, allowing Ruff to read his lips.

The teen has had his cochlear implant since he was 2 years old — and reads lips — which is why he never learned sign language. He’s completely verbal, and in fact, people are shocked to learn he relies on the device to hear. Ruff has done that for the entirety of his wrestling career with little to no issues.

“Some refs we have to remind them. Sometimes that happens,” Ruff said. “But it’s never gotten to the point where I can’t understand them at all.”

During the match, Ruff was penalized for being out of position during a restart. It was the second time he was cautioned. The first time, the referee motioned for him to fix it, according to Jay Bellar, executive director for the Nebraska School Activities Association.

Bellar wasn’t at the championship and made it clear he would not speculate on anything he wasn’t sure of, saying he could only comment on information relayed to him from wrestling director Ron Higdon, or what he watched on film from the match.

“There was ‘thumbs up’ that Ruff understood. There’s hand signals that you give, that he looked at,” Bellar said.

Ruff acknowledged at one point the referee was pointing at something, but that’s what he said he tried to decipher.

Ruff explained his ‘thumbs up’ was a question, not a confirmation that he understood.

“I was putting my thumbs up asking ‘is this good? is this what you want?’ ” he said.

In wrestling, two cautions are given before a point is awarded to the opponent. Ruff ultimately lost because he didn’t understand the warnings, and the second caution point awarded to Paul Garcia of Scottsbluff led to a win for Garcia.

Susan Whitaker of the Nebraska Commission for the Deaf and Hard of Hearing said the incident stands as an example of a larger issue of accessibility. She said the issue isn’t about changing the outcome of the match; instead, it’s about creating a level playing field for every participant.

“The referee was made aware prior to the match — and all during the match — that Paul is deaf,” she said.

Whitaker also stated that most referees in the past were familiar with Ruff and understood they either needed to tap him to alert him or remain in his line of vision so that he could read their lips.

In fact, Ruff and Whitaker said the Gering wrestling coach repeatedly asked the referee to lower his mask, as a reminder that Ruff could not hear any of the commands he was yelling beneath his mask.

NSAA did confirm the ref kept his mask over his mouth.

“I think the referee did what he had to do. There was an infraction,” Bellar said. “I think it comes down to the communication piece.”

Bellar also said if an athlete needs something specific changed before a game or match, NSAA guidelines stipulate they request an accommodation hearing to be considered.

“He was never told to do that before. He has always been able to do things just as he is doing them now,” said Whitaker, who continues to advocate for Ruff, stating the NSAA ref should not have ignored the instructions and advance notice he was given about the communication requirements.

Though extremely disappointed in the outcome, Ruff said the overall issue wasn’t about winning a championship, instead, it was about equity.

He told 6 News he wants to ensure deaf athletes don’t have similar experiences and wishes to inspire them not to be deterred by any disability.

Director Bellar said he was bothered by what happened and added there is more NSAA could do to ensure things are clearer moving forward.

“We don’t want these things to happen, and I hate it when it does happen because it was a great wrestling match,” Bellar said.

NCDHH and NSAA directors will meet Friday to discuss the issue and how to move forward. In the meantime, the Ruff family is requesting a formal apology from the NSAA, a separate apology from the referee involved acknowledging his part in the miscommunication, and a rematch.

Andonovski’s side must get sharper with Olympics up next